Eye to eye with the wild

Eye to eye with the wild

After two days spent crossing the legendary Drake Passage, it was hard to believe that I had finally arrived.

We anchored in front of an iceberg graveyard. The skin on my cheeks was burning with the cold breeze and I felt the beginning of tears behind my eyes. I couldn’t decide if I was dreaming or not. I’d finally reached Antarctica.

It was impossible to hide my excitement as we put the zodiacs in the water, checked the safety gear and marked the position on my GPS. Snow was falling in slow motion and we had a mission: to explore a bay full of ancient icebergs. We left the ship, heading to the heart of the bay, the zodiac painted ripples on the glassy water. We were cruising in silence, the clouds blocking the sun, I couldn’t distinguish if it was midday or sunset.

After half an hour gliding alongside breath taking ice giants, I spotted a creature through my binoculars. Behind one of the enormous pieces of ice was a dark silhouette laying on the snow, my heart rate started to accelerate as we approached. Trying to not disturb the wildlife I switched off my engine and drifted. Spotted fur, big head and robust neck, lying peacefully, a large female leopard seal lifted her reptilian head, looked at us, rolling her head slowly from one side to another. Her dark eyes scrutinised every inch of us – we were aliens on her planet. No more shivering, no more pain in my knuckles, no more burning feeling in my cheeks, just silence. The time seemed to stop, and the snowflakes were now levitating. Those few seconds of coexistence made me realise that I was in exactly the right place. I still believe that nothing brings you back to the present moment faster than eye contact with a wild creature.

After a few minutes drifting in silence, I turned our engine on and kept exploring the bay. Everyone remained quiet, as if in meditation. That day we saw crabeater seals, minke whales, humpbacks and penguins, but that moment of connection with one of the top predators of the ecosystem left us all with an immense feeling of gratitude.

Snow was falling in slow motion and we had a mission: to explore a bay full of ancient icebergs.

I now work primarily as a guide in the polar regions, sharing experiences and education with guests in wild locations and taking photos to share with others who don’t have the privilege of visiting. However, I started my career not as a photographer and guide but as a wildlife veterinarian, raised in the Canary Islands. I’ve worked in rescue centres and conservation projects around the world, from Costa Rica to Kazakhstan, using my surgical skills and ecological knowledge to work towards alleviating the impact of human activities on wildlife populations.

Conservation has been a constant in my life, and I love the role that medicine plays in wildlife protection, but after many years of hard work on the front line, I felt that the message was not getting out there. During my years in Kazakhstan, I saw the disconnection between these landlocked communities and the oceans but also witnessed their curiosity. Despite everyone’s dependence on the health of the sea, few are the lucky ones that witness the beauty of the ocean. However, we are all are intricately connected to it.

As Sir David Attenborough said: “No one will protect what they don’t care about, and no one will care about what they have never experienced.” With this as my ethos, I started documenting the underwater world when I moved to Australia four years ago, as a way to bring the ocean to my friends in central Asia. I didn’t want to capture a perfectly technical image, I wanted to capture the magic of the ocean, the special part of each interaction, the energy felt while immersed under the surface. I love the unpredictable side of nature and while I try to have the right gear, training and mindset, I like the idea that most of the time it’s nature who has the last word. Discipline, patience and forgiveness play a major role in each session. Sometimes, I‘ve spent weeks diving or exploring a territory, trying to capture the beauty and I can’t connect with any of the hundred images taken. You can’t force the magic in nature, it has its own rhythm, and I love that. 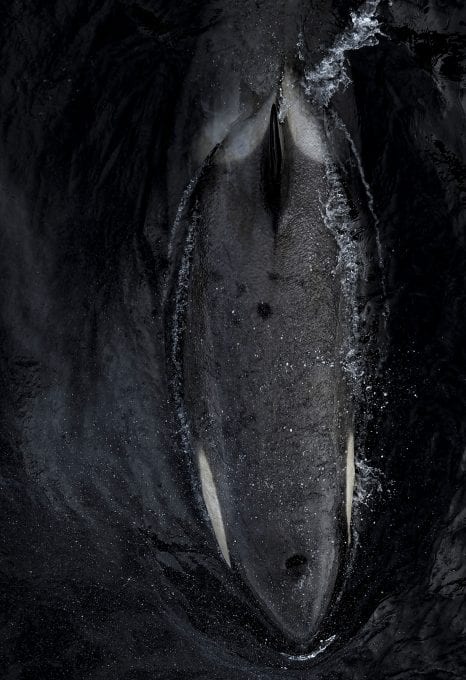 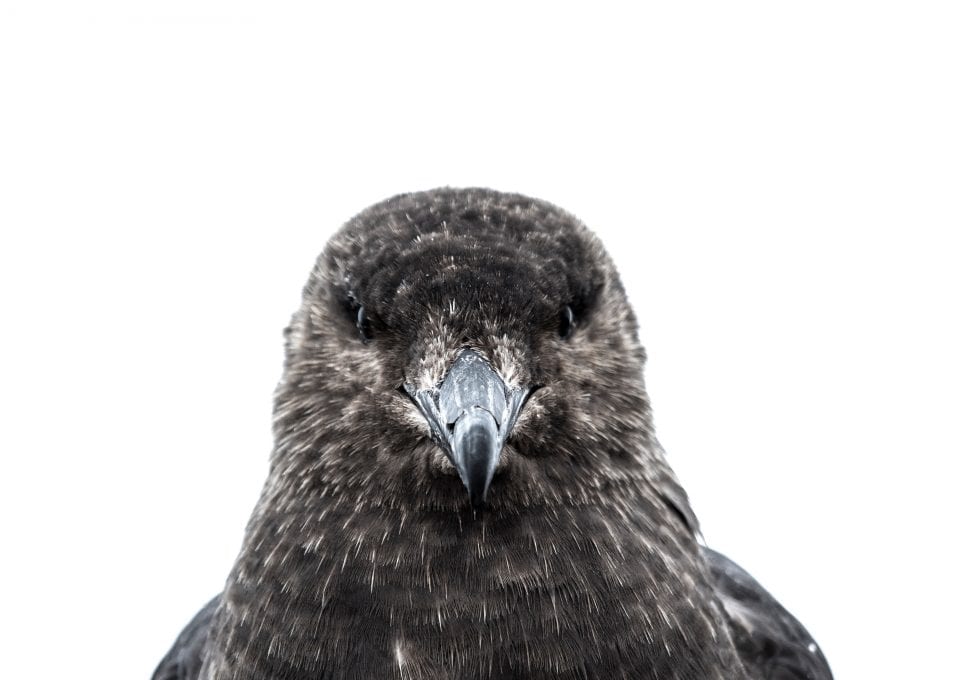 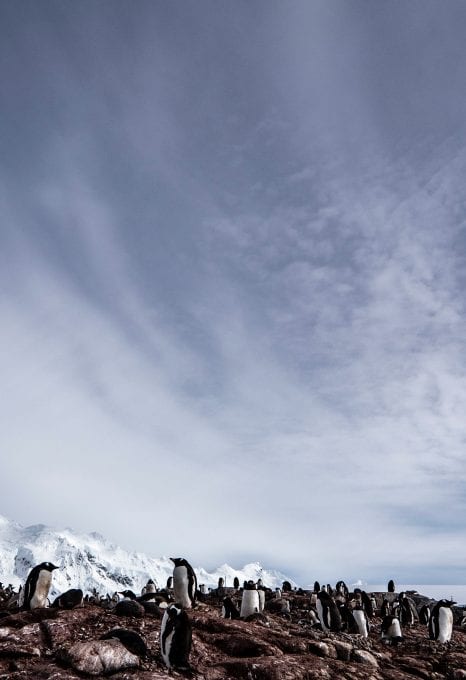 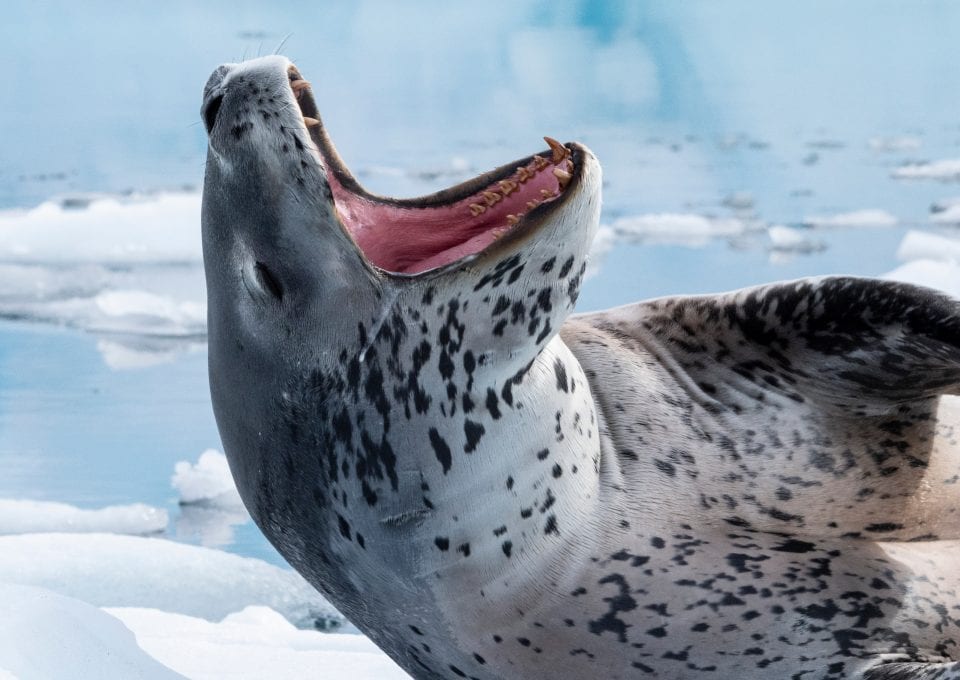 Antarctica remains the wildest place on Earth, and being a guide down there has reshaped my personality. Operating in polar regions requires immaculate risk assessment. It’s essential to always have several plan Bs, check your safety gear twice and have a solid team to trust. There is no marine rescue centre nearby, no hospitals and in case of an emergency the help may take days to arrive. Katabatic winds can be reached in mere minutes, reaching speeds up to 327km per hour. On land, we spend time evaluating the ice conditions, potential avalanches, ice carving, crevasses and other potential dangers as the situation can go from peaceful contemplation to serious danger in an instant. I’ve had several close calls with avalanches and ice carving while operating near glaciers – “tsunamis” can be formed at the beach landing sites by rolling and imploding icebergs, even if it happens hundreds of metres away.

The Arctic, on the other hand, is a different world. Communities of Inuits inhabit the land and it has been really interesting to learn about their culture and how their ancestors lived. Unlike in Antarctica, the animals are still hunted here, so the wildlife behaves in a very different way.  This can be confronting because the majestic polar bears are heavily hunted – more than 900 are killed a year – and all the wildlife the whales, walruses, caribous, are afraid of humans. Often our only opportunity to see rare wildlife is viewing the carcasses as they are skinned and used for food, clothing or other materials.

Conversely, many animals in Antarctica have never seen a human before, and some will never see one again. It’s really special to witness their curiosity, personalities, their lack of fear – it’s a kingdom that belongs to the wild. In Antarctica humans are not predators anymore. The wildlife doesn’t hide, they’re curious, they look at us like aliens. I will always remember when a minke whale spent hours with us, spy hopping, examining each one of us. She was so close that we could see the hairs on her chin and stare into her eyes for minutes at a time. Being able to spend several months a year in such pristine environments is a dream, and oftentimes my eyes brim with tears.

Antarctica remains the wildest place on Earth, and being a guide down there has re-shaped my personality.

Earlier this year we were lucky enough to witness a pod of orcas hunting a minke whale.

Being a vet, it’s sometimes difficult to process some of the scenarios with injured wildlife. At times an individual is injured by a predator but not killed so they will carry a fatal wound for days, which is really confronting. I know I can’t interfere with nature but sometimes this is really tough. On the other side, seeing the relationship between predator and prey is spectacular. Leopard seals for example are extremely well adapted to hunting penguins (even if it’s only a small fraction of their diet) and seeing them race through the water is awe inspiring. Earlier this year we were lucky enough to witness a pod of orcas hunting a minke whale. Often, you feel as if you are inside a BBC documentary.

Antarctica always fills me with hope, its protection and global status as a continent of peace and science is the result of international cooperation, of global thinking. It’s really inspiring in these times that the nations of the world came together to protect a whole ecosystem. The areas of high biodiversity importance should belong to the whole world and action should be taken to ensure protection, for the interest of the entire human race and for future generations. To me it still feels crazy that the oceans could belong to a specific flag when they are so intrinsically connected. Marine life doesn’t recognise nation borders.

Data shows that the Antarctic Peninsula is the fastest-warming part of the Southern Hemisphere, the mean annual temperature has risen by about 3°C over the past 50 years. This season we witnessed a big red algal bloom and minimal ice in many locations, as well as saw the warmest day ever recorded in Antarctica.

Now more than ever it’s important to share our knowledge, our experiences of nature connection and encourage others to spend time in nature, to learn and connect with it. Just as E.O. Wilson proposed in his book ‘Biophilia’, we have an inherent urge to connect to wildlife and wild places. I think that falling in love with nature is inevitable for the human soul, and that only by feeling we are part of nature will we realise its importance and be willing to protect it.

I still pinch myself every morning waking up in Antarctica, I could spend my whole life there and see something different every year. I would love to keep documenting the magic that inhabits the polar regions and the underwater world. The nature conservation movement is rising around the globe and I feel privileged to continue contributing to it with my work.

Earlier this year we were lucky enough to witness a pod of orcas hunting a minke whale.