Surf photography is about immersion, literally and metaphorically. Unlike on land, where you have endless amounts of time for framing that perfect shot, underwater – and particularly when photographing waves – your time is limited.

You can only hold your breath for so long. Those breaking waves wait for no one. Immersing yourself in the environment is key. You have to feel the rhythm of those rollers, refrain from fighting the forces around you.

The ocean has always felt like home to me, ever since I first jumped into the crystal clear waters of Byron Bay as a kid. I was mesmerised by those beautiful barrels, the inexplicable uniformity of tumbling waves, that beguiling mix of power and grace. In the years since that first fateful dip, I have spent more time in the sea than I could possibly have ever imagined. That young kid would be thrilled. In many ways he is still very much alive within me, that sense of joy when hitting the water barely diluted after all these years.

Surfing has been an addiction throughout my life, a natural step for a young Aussie boy enraptured by the sea. Learning those key surfing skills of placement and timing connected me with the ocean. The intoxicating combination of both focus and freedom experienced during long summer days on the water was like nothing I had ever experienced. What I didn’t realise throughout those 15 years of sitting out beyond the breakers from sunrise to sunset was that I was laying the foundations for another moment that would change my life: the discovery of photography. 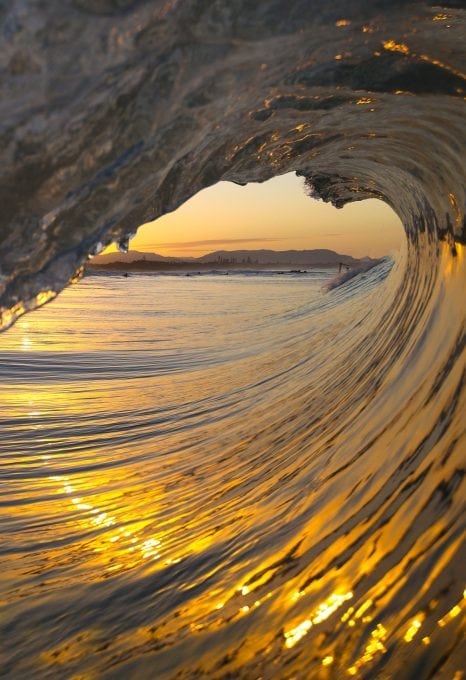 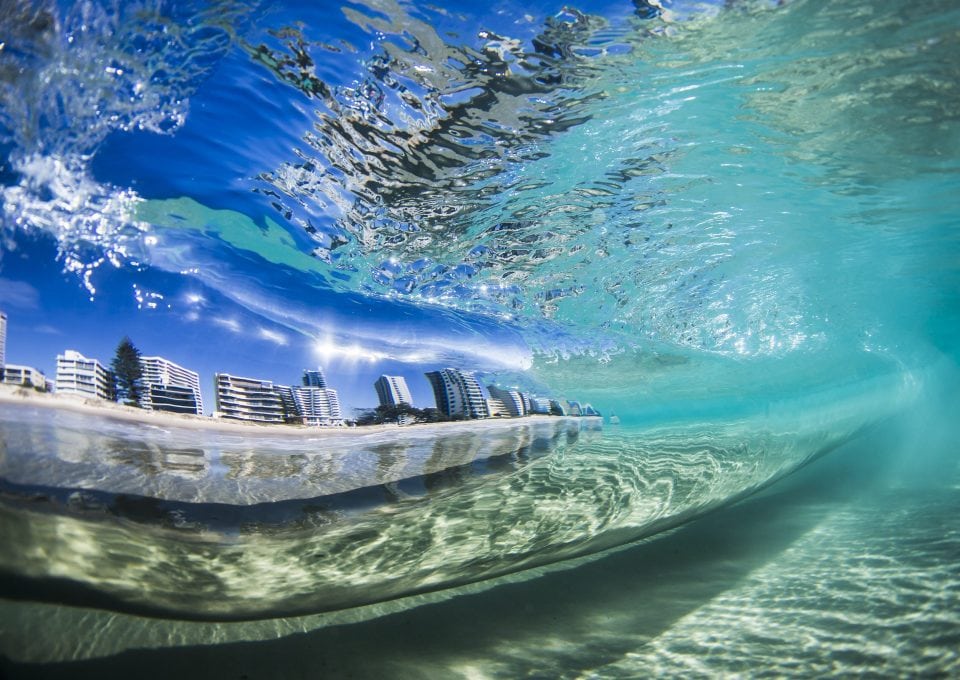 There’s a saying: ‘Only a surfer knows the feeling.’ It is true. Surfing offers a sense of thrilling connectedness, a moment in time filled with energy and texture. Conveying these feelings to those who have never experienced life within a barrel, or even atop bubbling white-water, is a near impossible task. But what if I could place them there – right there, within the wave itself – without having to utter a single word?

Photography offered me the opportunity to do exactly that.

It was an exhilarating moment, the first time I strode into the water camera and housing in-hand. Sitting out in perfect barrelling waves and surfing down the line-up as the sun set, turning sea and sky to gold, was something that needed to be shared. I was finally doing it. It was the perfect collision of hobbies, the ability to take my camera out onto – and into – the water without feeling I was missing out on the surf. Bodysurfing is not only just as exciting as surfing, but actually enables me to place myself inside more tubes than if I were been on a board.

In the early days it was trial and error, reshaping my relationship with waves, my placement within and under them. Timings changed. The sway of the ocean felt deeper, sweeter as I discovered new places, experimented with angles I’d never considered when topside. Technically, the learning curve was as steep as the face of a monster at Mavericks, but those early experiences of achieving perfect exposure and composition were invigorating.

It wasn’t long before I left the arcs of crumbling waves behind, freediving to the seabed to witness those beautiful barrels from an alternative angle. A place of shapes and shadows, this descent into the underwater realm offered me a new insight into a world I thought I knew. The effect of surging waves on the sand below, the perfect curve of a wave’s underbelly, the unfathomable beauty of physics in action.

Just for me. That’s how it felt, at least.

I was mesmerised by the inexplicable uniformity of tumbling waves, that beguiling mix of power and grace. 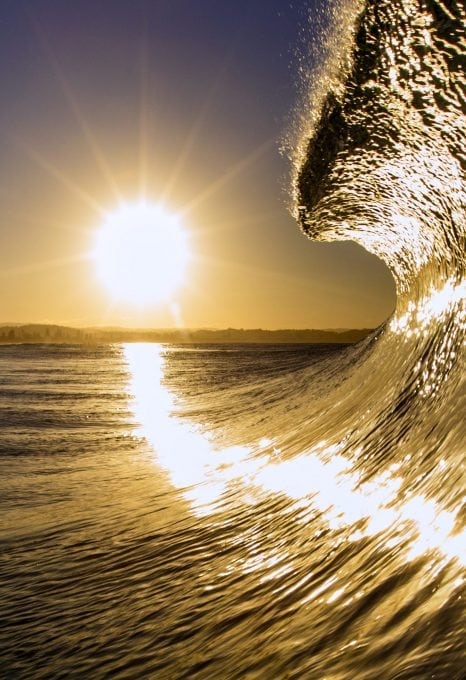 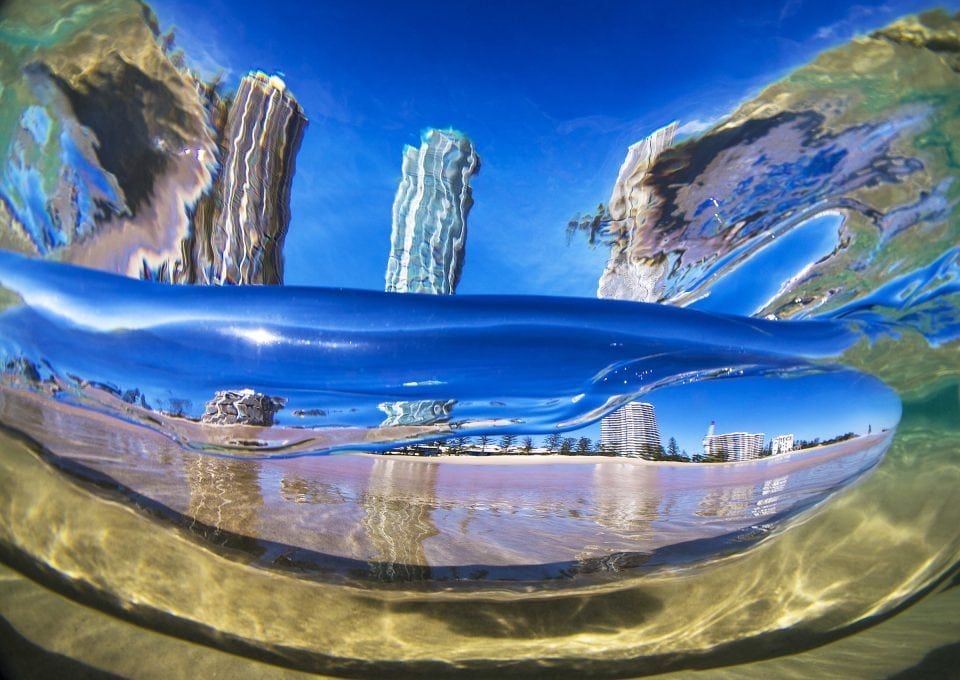 When I first watched a wave break from underwater – those mesmerising patterns and dazzling vortexes – I was completely entranced. I had taken my camera into the water to provide a window for others, a medium through which people unfamiliar with this sacred place could take a peek. My descent to the seabed, the discovery of that place below the waves, had opened-up a window for me.

Whether I was swimming in behind waves to witness their tubing, or sitting underwater waiting for the lip of a wave to roll overhead in an explosion of energy and noise, I was constantly learning. It was – and still is – an extremely rewarding experience, becoming a part of what you are shooting, riding waves, watching other surfers skimming over the top of you at speed.

I feel blessed to have developed such a familiarity with the ocean. I am all too often reminded who holds the power though – there is nothing quite like getting laid-out by a wave to remind you of your place on this blue planet.

Then there are the days that are truly special. When dolphins join in the fun, when sharks glide about you, or fish and turtles gather above the rippling sand, just another day in that place they – and I – call home.