After 33 days of solitude, I spot Pico Island.

A subtle dash of colour grows out of the horizon. I gaze at it, transfixed by an object so solid. A contrast to the fluid world that I’ve become so familiar with. The peak is the highest in Portugal, separated from the continent by 900 miles of open ocean. I guess it’s 50 miles away, maybe 12 hours of sailing. By sunset, as quick as it appeared – it’s gone.

During my solo passage between the Caribbean and the Azores, I had found a pure, euphoric joy. By sailing away from the stress and anxiety always present on land, I had created a beautifully simple existence. Whilst sailing, I had found a reality without man-made principles, where nature dictates the pace of life. Never had I felt so alive. The following day I made landfall in the Azores. After a short stay, I sailed for another two weeks, bringing me home to Falmouth. I settled back into life on land, never forgetting that fleeting emotion that I had found alone at sea. Routine began to take over my life, but I still craved that ephemeral feeling. It was a matter of months before I began to plan another adventure. A long sailing voyage, but this time it would be shared.

My stepdad, Dave Cockwell, is a boatbuilder, and I’ve been exposed to sailing since the age of four. My earliest memories of the ocean are sailing in Bristol Harbour, where I was born. After moving to Falmouth, and discovering surfing, the ocean became an obsession. Dave set up a boatyard in a small Cornish Creek. I took on the boats that had been left or forgotten. First a 19’ cabin cruiser, then Flying Cloud the 22’ wooden sloop that I sailed to the Caribbean. Elixir was a big step up; a 1970 Sparkman Stephens Swan 37.

By sailing away from the stress and anxiety always present on land, I had created a beautifully simple existence. 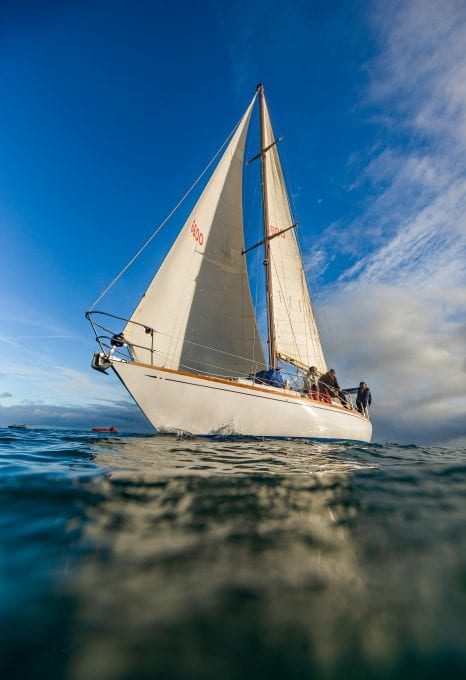 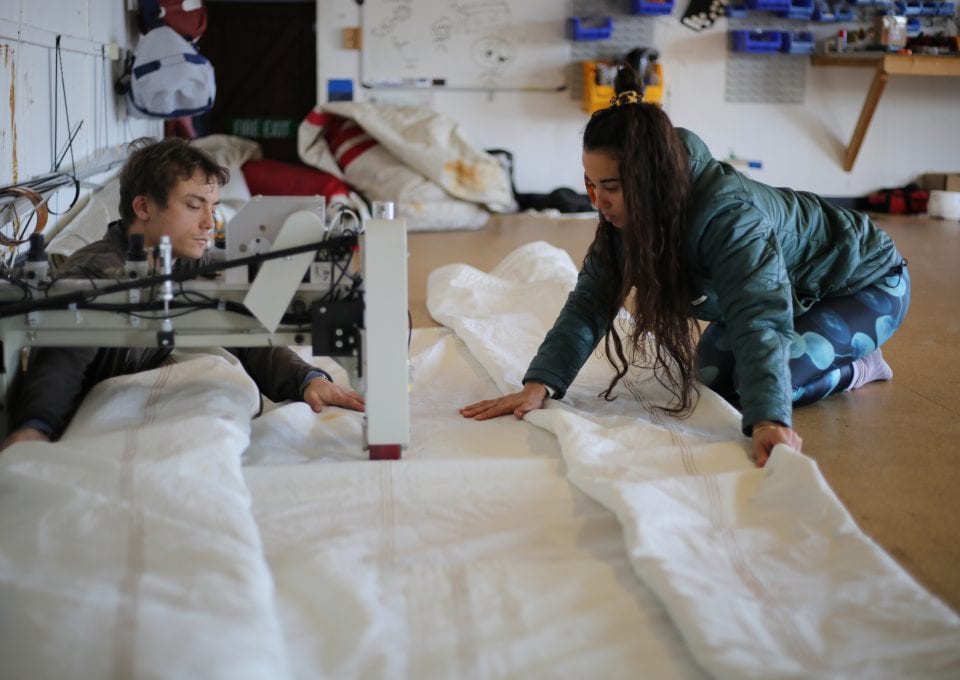 I wanted to circumnavigate the planet and chase that open ocean bliss that I had found in Flying Cloud. With three other friends, we began to plan a journey. The trip became and obsession; we sketched out routes and constantly added to the jobs list. Our goals were clear. We wanted to give a new life to Elixir, to find new waves, and to travel in a way that’s sustainable and non-polluting. Under the banner of Untide, we documented our transition from boatyard to open ocean.

Elixir was a long way from sailing when we first got her. We spent 11 months restoring her, alongside full-time jobs. We had a keen volunteer workforce, without whom the project would not have been possible. Friendships were built in that dusty shed. We were brought together through a shared passion for the ocean, and a mutual dream to travel. The workload was huge. We spent hundreds of hours sanding and filling, but passion has no tolerance on laziness. We spent some time rigging Elixir. Stepping the mast, replacing her tired lines, and re-stitching sails in the loft. Many hands pitched in for the final push to see her sailing. We added a spray hood, solar panels, and a self-steering gear, all essential accessories for blue water sailing.

I became buried in the pursuit of the transient joy I had found at sea. In a boatyard tent during winter, it felt more remote than ever. It was what kept me going through long nights and tedious day jobs.

We were as resourceful as possible throughout the refit. By nature, the boat building industry is hardly green. We reused things discarded by others. Elixir is her own unique colour, due to the many half-used tins of paint combined in her paint job. As a group, adventure and sustainable travel are our shared motivations. Sailing offers both. We generate our power by renewable sources, and obtained our provisions from un_rap, a zero-waste shop in Falmouth. We’ve seen the extent of plastic pollution firsthand, reinforcing our beliefs further. Aside from the carbon neutrality, we’re mindful of the waste we produce, which we carry with us.

We had our setbacks, and two months after our planned launch date we saw Elixir float for the first time. Everyone was full of emotion. A hundred jobs, concluding in the sleek, seaworthy vessel afloat in front of us.

On an icy morning in December, we slipped out of the glassy harbour for Elixir’s first sea trial. A light northerly blew in the Carrick Roads. We pointed Elixir into the wind, the mainsail slid up the mast effortlessly on our new pulleys. We switched the engine off, and swing Elixir South. As we glided away from Falmouth, we unfurled the massive genoa. We felt pressure on the rig, and Elixir began to heel for the first time. She gathered speed and I could feel her yearning for the open ocean.

The original plan had been to leave in mid-October. Our first leg was to cross the notorious Bay of Biscay. By leaving then, we could avoid the onset of winter gales and have a safe and predictable passage south to the Canaries. However, at this point, Christmas was only a few weeks away and a continuous string of lows had battered the Southwest. We kept our hopes high, that a suitable weather window would somehow emerge from the chaos.

I became buried in the pursuit of the transient joy I had found at sea. 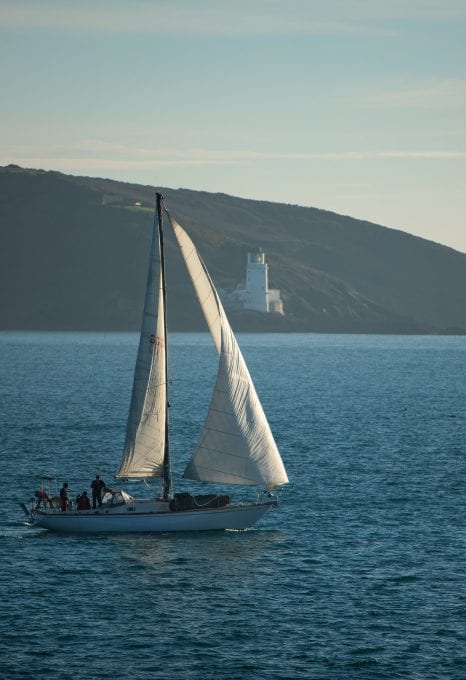 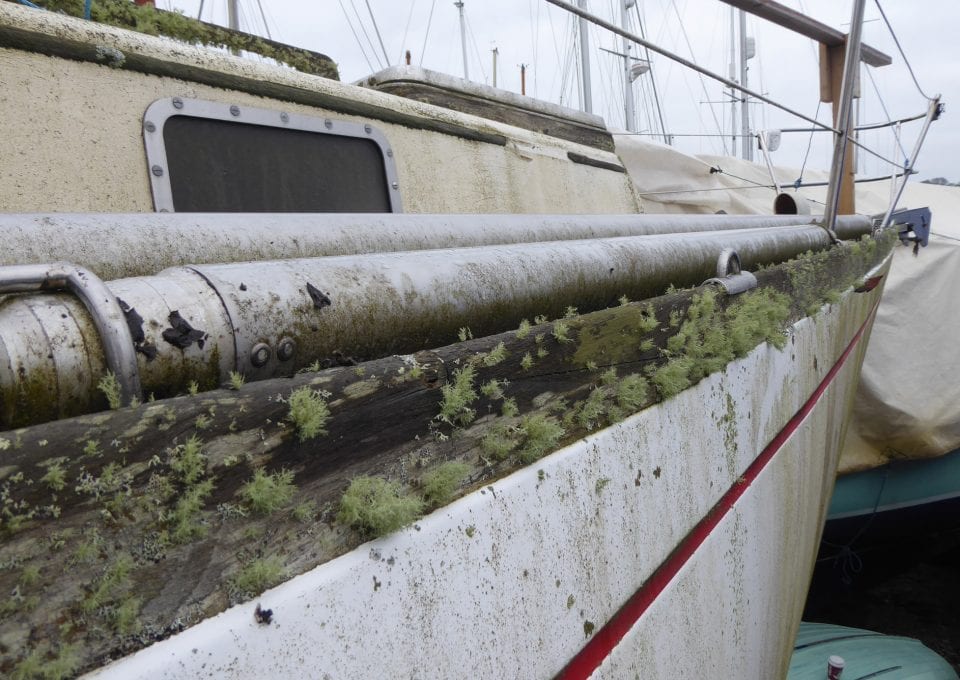 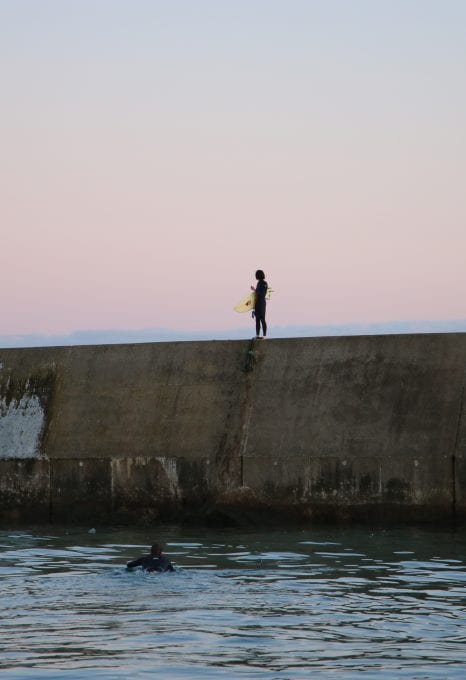 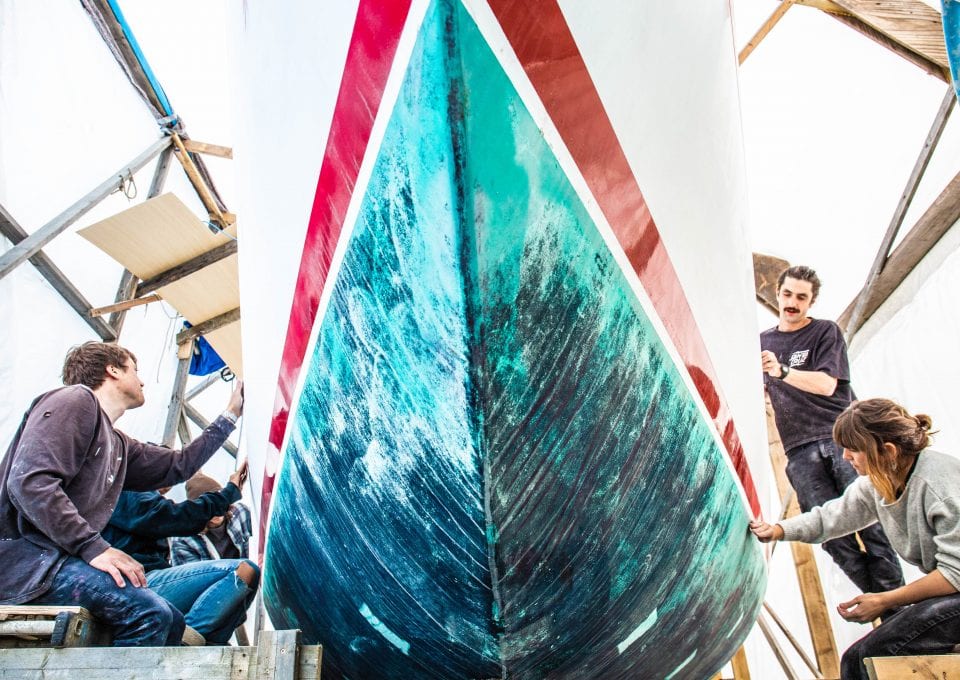 We looked forwards, towards open ocean and adventure.

On January the 20th we waved goodbye to a small group of friends and family, huddled on the icy pontoon. Four days of northerlies felt like enough to reach Finisterre. I struggled to turn my back on the comfort and security of home. From the water, Falmouth looked majestic and inviting, bathed in the winter sun – it would have been too easy to stay. This feeling was shared, albeit briefly, with the Untide team. “As we sailed out of Falmouth Bay, our friends and family waved to us from Pendennis Point; I had an urge to jump off the boat and swim to them,” Harry, my other crew member, admitted. “I figured I could just buy a small cottage with my savings and live the rest of my life in Falmouth. I remained on board of course. As Cornwall drifted out of sight, I’ve haven’t looked back.”

We looked forwards, towards open ocean and adventure. I was overcome by emotion from the result of a year of hard work, culminating in our departure. The joy was laced with fear, and finally I embraced the feeling that I had been chasing for so long. The fleeting excitement I’ve only found at sea, under sail. I felt alive again. “After a year spent rebuilding Elixir, she has become our home,” my fellow crew member Lily said, one night on board. “She is our comfort, and sometimes our only solace from the epic and often unforgiving ocean.”

We’ve now crossed the Bay of Biscay and have continued south to the Canary Islands. So far, we’ve encountered freezing nights, monstrous groundswells, and thick dust storms that turned Elixir orange. But we relish arriving in new destinations without the burden of thousands of air miles. Our next step is to cross the Atlantic, before continuing westward through the Panama Canal. We continue to document the journey, which continues to lead us around the world with the breadcrumbs of adventures yet to be had.

We looked forwards, towards open ocean and adventure.