It’s not news that the Great Barrier Reef needs our help. Just in the past five years, warming waters due to climate change have caused three major bleaching events. But there are those working on simple and accessible for people to take action from anywhere in the world. In this piece, Founding CEO of Citizens of the Great Barrier Reef and Co-Founder of Earth Hour Andy Ridley explains why the Great Reef Census project is so critical and how an engaged global community can make change happen.

The Great Barrier Reef is an extraordinary place. However, like coral reefs globally, it’s under increasing stress from climate change and has experienced three mass bleaching events in the past five years. But it’s massive – 2,300km long – so the impacts are not uniform and what we’re seeing is truly a patchwork, ranging from healthy reefs so beautiful they fill you with awe, to reefs badly degraded by bleaching, cyclones or crown-of-thorns starfish — and everything in-between. This is why we need a Great Reef Census.

The Great Barrier Reef is the same size as Germany, so the scale is enormous. Therefore, the challenges, not just in marine conservation, are also enormous. If we want to scale up our efforts, we need to think differently about conservation and utilise every asset available, whether that’s using tourism boats as research vessels, or recruiting citizen scientists to analyse survey images. We need to design the 21st century, shared-economy version of a conservation organisation – the Great Reef Census and Citizens of the Great Barrier Reef as an organisation are striving to do this.

In late 2020, we gathered a vast group of tourism and dive boats, superyachts and fishing vessels. Our collective research mission was to capture thousands of survey images from across the Great Barrier Reef. The team spent the best part of 11 weeks capturing that data. The next stage of this work is engaging a global community to help analyse them.

The Great Barrier Reef is the same size as Germany. 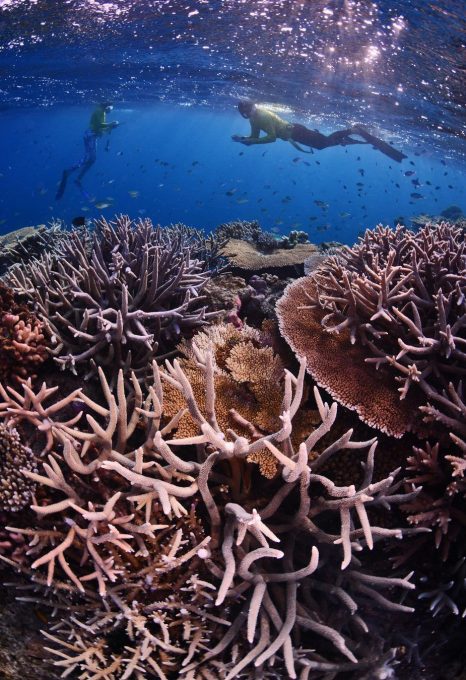 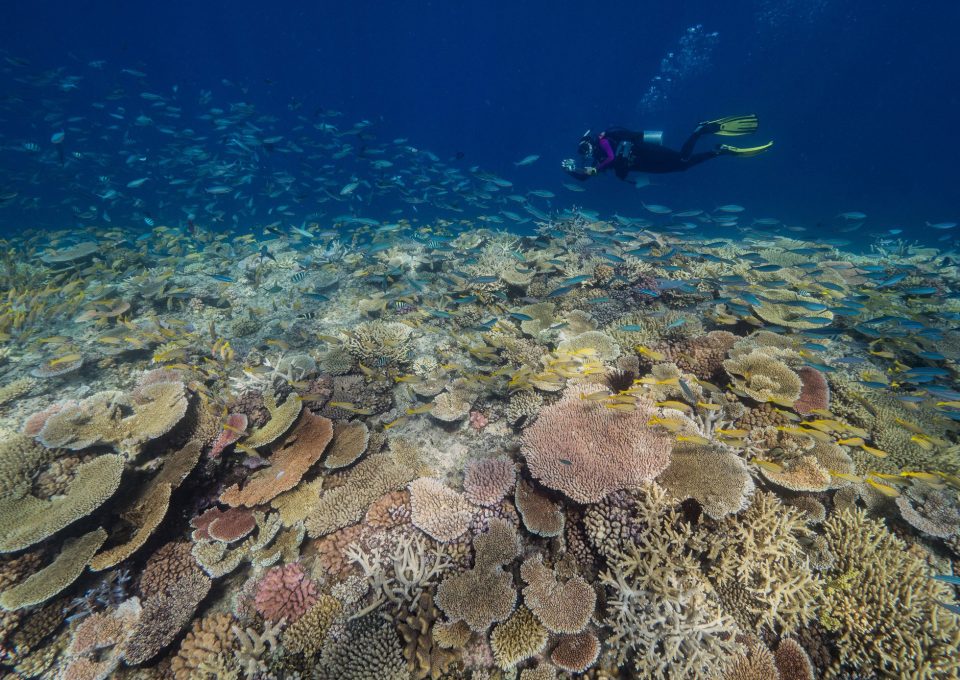 There are more than 4000 individual reefs on the Great Barrier Reef. While we know from long-term monitoring that the Reef is being significantly affected by climate change and other threats, there is a need for broad-scale reconnaissance data on the state of these reefs at an individual level to help understand what’s happening. The Great Reef Census will help fill some critical data gaps to give us a much clearer understanding of how the system is changing year-on-year and enable us to drive more targeted protection and regeneration activities.

To analyse the data collected our citizen scientists can just visit the website, select one of the 13,000 reef images captured and ‘colour-in’ where they see key elements like coral, sand and rubble. In parallel, a team of researchers at the University of Queensland have also been analysing the images so we can see just how good our citizen scientists are. At the end of the analysis, our research team at UQ will report back on what the data is telling us.

Healthy reefs release many larvae or ‘baby corals’ during the annual mass spawning event and play an important role in helping their neighbouring reefs recover from disturbance events like coral bleaching or cyclone damage. We need information on where these ‘key source reefs’ are located to help researchers and managers better target their resources, for example, which reefs should be considered for greater protection from problems like crown-of-thorns starfish. The Great Reef Census will help us to locate these important sources of reef recovery.

The Great Reef Census will help us to locate these important sources of reef recovery. 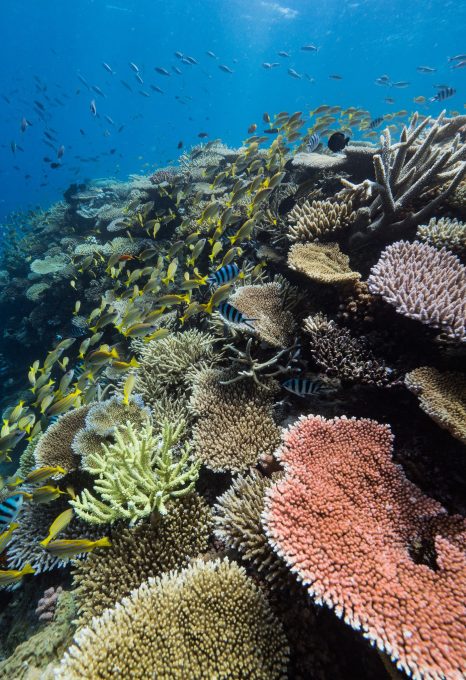 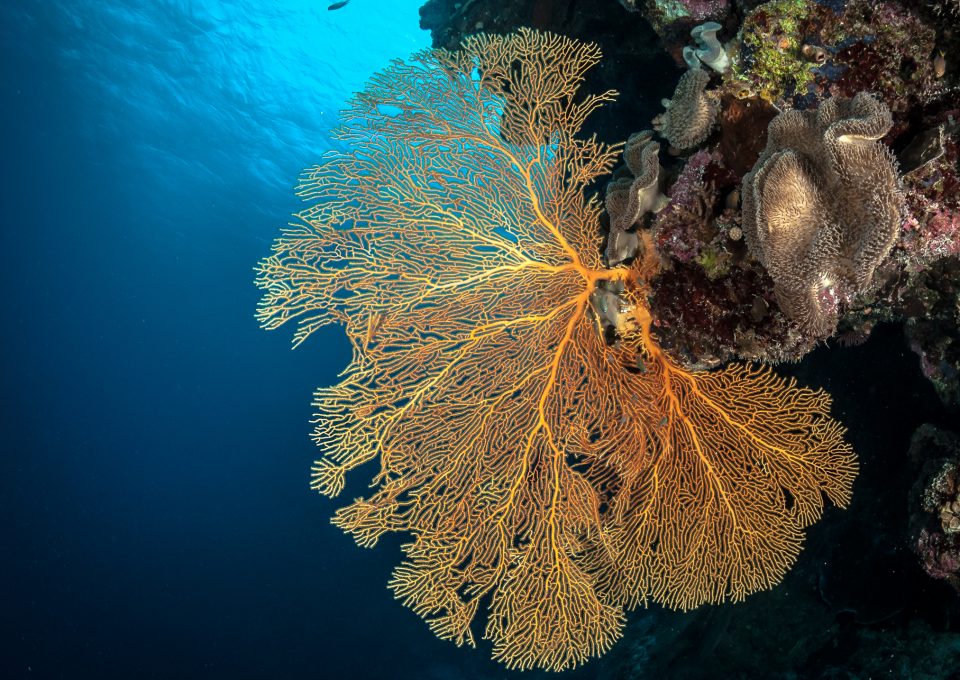 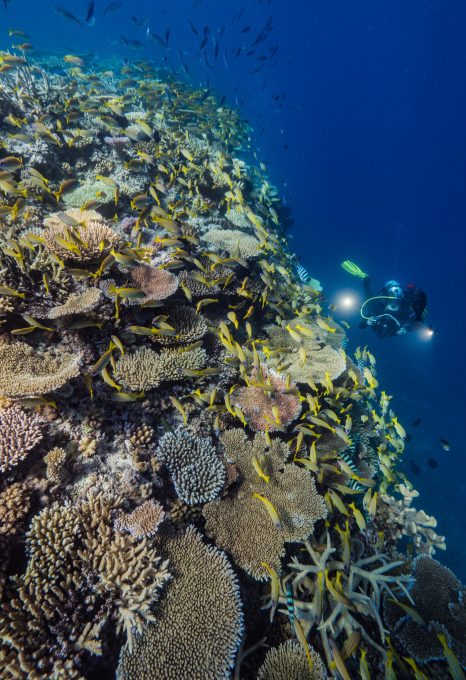 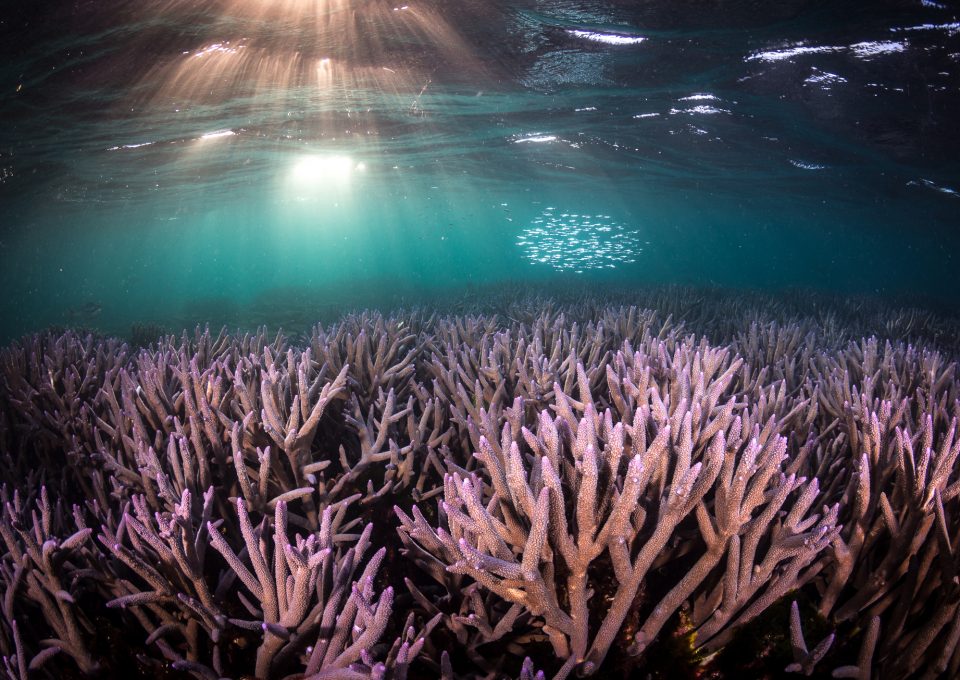 if we lose them, our entire ocean ecosystem collapses.

I grew up in Norfolk on the east coast of England – obviously very different from the Great Barrier Reef where I now live, however the sea and the Norfolk Broads (lakes) were an integral part of growing up. I always dreamed of diving on the tropical reef wonderlands from the time I was knee-high to grasshopper on the other side of the world. Over many years I had a slow dawning that our treatment of oceans was going in a very bleak direction. I worked in the South China Sea on survey boats based out of Hong Kong from the age of 18 and you could see, on a daily basis, how low the care factor was for most people in terms of what was happening to the sea. With the onset of climate change and its accelerating effects, the challenge has grown exponentially.

This year has been a huge success for the project, driven by the support of the reef community. We’ve successfully demonstrated a collaborative, scalable model that can capture valuable data from across the Reef. Now we’re looking for support to scale-up the project again in 2021, with the ambition of reaching at least 300 reefs on the Great Barrier Reef, and also trialling the model in neighbouring areas such as Ningaloo Reef and the Coral Triangle. Aboriginal and Torres Strait Islander people have been connected with the Great Barrier Reef for as long as it has existed. We are launching a new project that’s being led and driven by the Irukandji Rangers, one of the 70 Aboriginal Traditional Owner groups on the Reef, later this year. We’re always looking for new partners to be a part of the journey!

Our plan is to we do everything we can in-water to give the Reef the best chance of surviving the impacts of climate change. Hopefully, the global community will work in parallel to bring emissions down quickly enough for the Reef to thrive into the future. It’s going to take everyone to keep this place looking as incredible as it does.

Coral reefs are so critical to the planet; a third of all marine species spend some of their lifetime on a reef – if we lose them, our entire ocean ecosystem collapses. The Great Barrier Reef is the best managed coral reef in the world, so by sharing the insights and tools we develop here with other coral reef communities we hope to scale-up conservation efforts globally. The scale of the challenges we face are so great, we all need to work together and move past the traditional, competitive conservation model.

Citizens of the Great Barrier Reef have launched the next stage of their world-first Great Reef Census project. They’re calling on citizen scientists from around the world to take part and help analyse some of the images captured from across the Reef. To take part, click here.

if we lose them, our entire ocean ecosystem collapses.