Deserts are among the most impressive landscapes on earth.

The loneliness and vastness of terrestrial deserts have attracted explorers since ancient times, succumbing to their bleakness. But I never imagined deserts like this could exist underneath the surface of the ocean.

Between 2005 and 2006 I was living in the Canary Islands where I first heard about urchin barrens. It was a major issue for the community that were already running culling programs to control urchin expansion. At that time I was not aware of the scale of the problem. It was later on in 2011-2012 when I started my research in the Mediterranean. I figured out that deserts where more dominant than I had previously expected, and they seemed to be expanding. I started studying barrens, reading the work of experts on the issue from different angles (overfishing, invasive species, climate change, etc.). These people inspired my research from the beginning and now, we are joining efforts to deepen our understanding of the problem.

One of the greatest threats that the ocean has to resist is also one of its beauties. We call them hidden deserts, because not many people are aware of their existence. The bright, mirror-like surface of the sea acts, for many, as an impenetrable layer that isolates the terrestrial world from an unknown vastness. It wasn’t that long ago when marine explorers and researchers first broke this barrier, discovering an exciting and completely new world, vital to humanity. Hidden deserts are a sign of an ocean in trouble. When seaweed forests collapse, bare rock takes over. These deserts are very resilient and stable, which makes the recovery of the previously existing marine forest very tricky. What lasts is an unproductive seascape, with a catastrophically depleted diversity and with merely no associated services.

For example, Bondi Beach is one of the most popular corners of Australia, attracting tourists and surfers all year around. But what many people don’t know is that a huge desert expands below the crowded breaks. Sometime during the 1980s, seaweeds collapsed. The emblematic ‘crayweed’ forests dominating underwater Sydney was wiped away, most probably as a consequence of reduced water quality, which gave way to large bare rock seascapes. Deserts similar to Bondi’s are found all around the globe, especially in temperate waters. Losing underwater forests has important implications for us all. The structure they generate, similar to terrestrial forests, gives life to a great diversity of organisms including the fish we eat. Losing kelp forests means also eroding the planet’s resilience to climate change.

We call them hidden deserts, because not many people are aware of their existence. 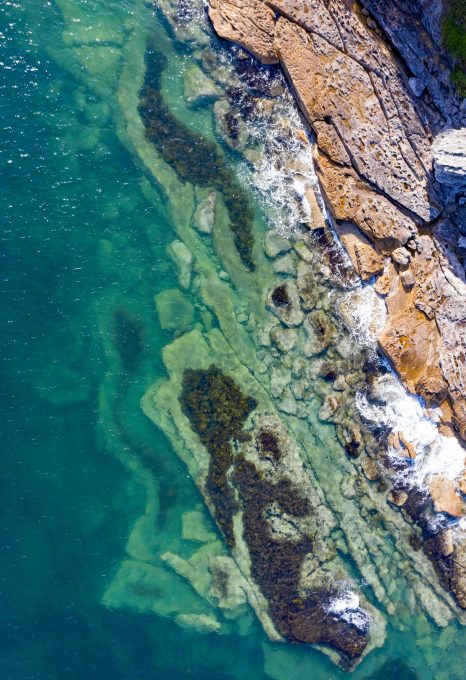 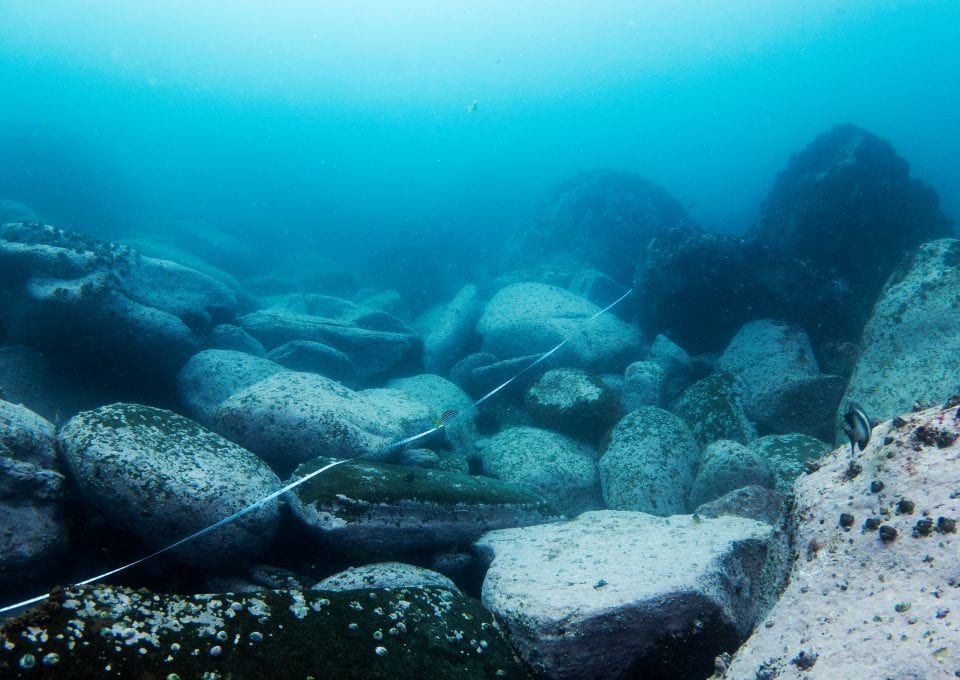 One of the first and most famous examples of ocean desertification was documented in the early 1970s. By that time, the collapse of marine underwater vegetation had already been detected in some places but in their seminal work, two ecologists named James Estes and John Palmisano identified that the maintenance of the kelp forests relied on the presence of sea otters controlling urchin populations. Indeed, sea urchin barrens related to trophic unbalances (mainly due to overfishing) have later been reported worldwide.

Multiple impacts coexist in the ocean. Warming waters have facilitated the spread of voracious urchins down the East Coast of Australia to Tasmania. Seawater temperature in this region is now above the lower thermal limit of this insatiable herbivore. Overfishing of Tasmanian reefs is the other part of the issue. The once abundant lobster populations are now present in lower numbers and sizes. Without the necessary numbers of lobsters available to control them, urchin populations break out, overgrazing kelp forests and leaving bare rock in their wake.

Heatwaves also have important effects for submerged vegetation. Back in 2011, an unprecedented heatwave made seawater temperature in Western Australia rise 2ºC higher than the normal temperature – this lasted for more than 10 weeks. The result was that a vast area of kelp forest – approximately the same size as 150,000 football pitches – collapsed, giving way to a miniaturised seascape and having alarming consequences for the local economy.

Kelp does not dominate shallow rocky shores of the Mediterranean, but other forest forming species of seaweed do so. In 1869, the Red Sea was artificially connected to the Mediterranean to facilitate international trading. This opened the doors to the Lessepsian migration – species introduced across the Suez Canal, usually from the Red Sea. Two species of rabbitfishes are now abundant in the Eastern basin of the Mediterranean and their spread has dramatically decimated some of the rocky reefs of this region.

One of the first and most famous examples of ocean desertification was documented in the early 1970s. 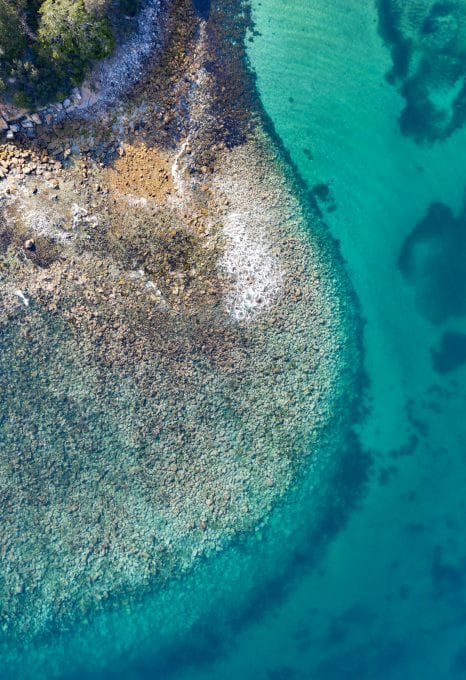 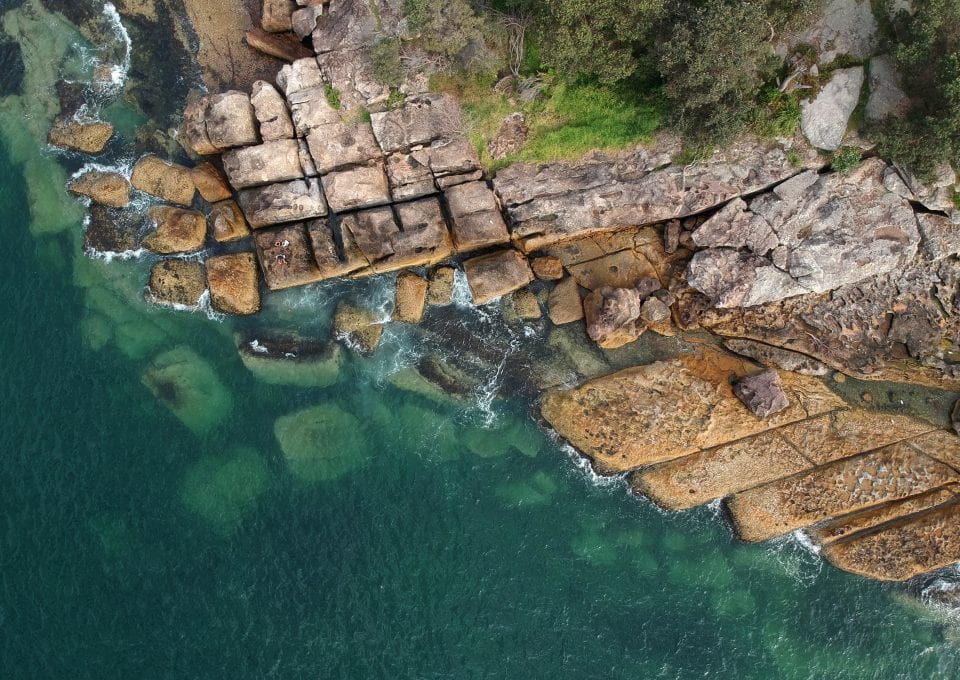 Knowing where the deserts are and what they look like is the first step towards preventing their expansion.

Overfishing apex predators, global warming, invasive species and heatwaves are just a few examples of how these hidden deserts are created, but the vulnerability of marine forests has proven to be even more complex, with regional and local conditions having a key role. Therefore, preventing the collapse of marine forests is difficult and inherently uncertain. We’ve discovered that the environment can influence certain marine forests towards collapse. We’ve also seen that exceptions are common and in places where you would expect the ecosystem to be in perfect conditions, a huge desert expands. These examples support the need of continued research.

The Hidden Deserts project is an international venture. Our researchers work all around the world, mainly in areas with temperate seas where deserts are more dominant. We have managed to identify several deserts thanks to scientists working in those areas. We joined the seawatchers platform, which is coordinated by the Institute of Marine Sciences in Barcelona, to centralise observations. Citizen scientists everywhere are uploading new information on barrens every day and we now have around 100 deserts already on the map. We’ve also arranged the first network of dive clubs in the Mediterranean that will monitor the hidden deserts and provide periodical data of their status, such as bare rock cover, presence of herbivores and presence of fish.

We need to map the hidden deserts of the ocean. Knowing where the deserts are and what they look like is the first step towards preventing their expansion, so we are looking for ocean goers who can help us locate more of them. Soon, we’ll be launching monitoring programs to study their evolution over time and to propose conservation actions in order to recover the lost marine forests and prevent further losses. This will help us propose appropriate conservations actions to restore the lost vegetation and prevent the collapse of underwater forests.

There are just a few places under the water where the immensity of the ocean is impressed upon you, and one of these environments is hidden deserts. They are captivating but dramatic and lonely. Sometimes barrens coexist with patches of remaining seaweed of different sizes but when forest have completely collapsed then you see nothing, except for maybe urchins. We need to raise awareness of this little-known issue.

Knowing where the deserts are and what they look like is the first step towards preventing their expansion.