Most of the time during The Impossible Row, I could just hear the rhythm of the oars, the sound of the water swirling during the stroke, oar gates squeaking and autohelm buzzing like a robot from old time sci-fi movies. The wind could be pretty loud too – it was the Drake Passage, after all, and we were attempting the world’s first completely human powered ocean row across it – from the southern tip of South America to Antarctica.

I have always loved the dynamism of the elements of nature. I never feared big waves – I found them exciting. I somehow always trusted nature as a close friend. As a child I connected with it more than with people. Until today contact with nature is a major gravity force around my life plans, especially when I am choosing a place to live. Over time, I realised that the ocean could host my quest for exploration and drive for reaching out for the unknown, as it is the most unexplored part of our planet. I connect with the ocean every day staring at it from my window. I credit the ocean, sky and mountains for fuelling the focus on my projects and for recharging my mental batteries. I stare at them for hours when I am mentally planning out my next expedition. I visualise different components of the project while I walk on the terrace, soaking in the elements.

I like challenges and I like physical training. Rowing is known for being extremely demanding physically and mentally due to the enduring need for both power and endurance, as well as the simultaneous use of nearly all the muscle groups. This is a very unique symphony of efforts. But ocean rowing in particular is, in a certain way, much more than rowing. It requires a lot more skills than just athleticism. It works in a much more complex way with your nervous system capacity and requires mental strength, strategic thinking, enduring pain and creativity. As a psychologist I dedicated a lot of time to exploring and finally learning that we are drawn to these extraordinarily challenging journeys for personal reasons. I find it unnerving when some explorers claim to do it solely for charity or to inspire others. This is, of course, part of it, but knowing dozens of explorers, I have never seen them being the main driver.

I have always loved the dynamism of the elements of nature. 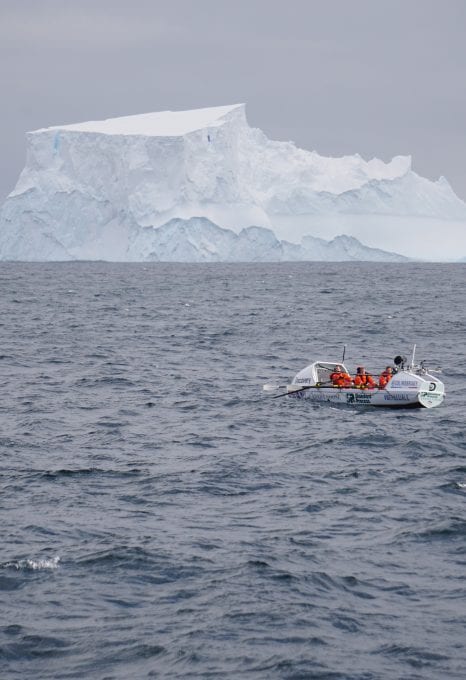 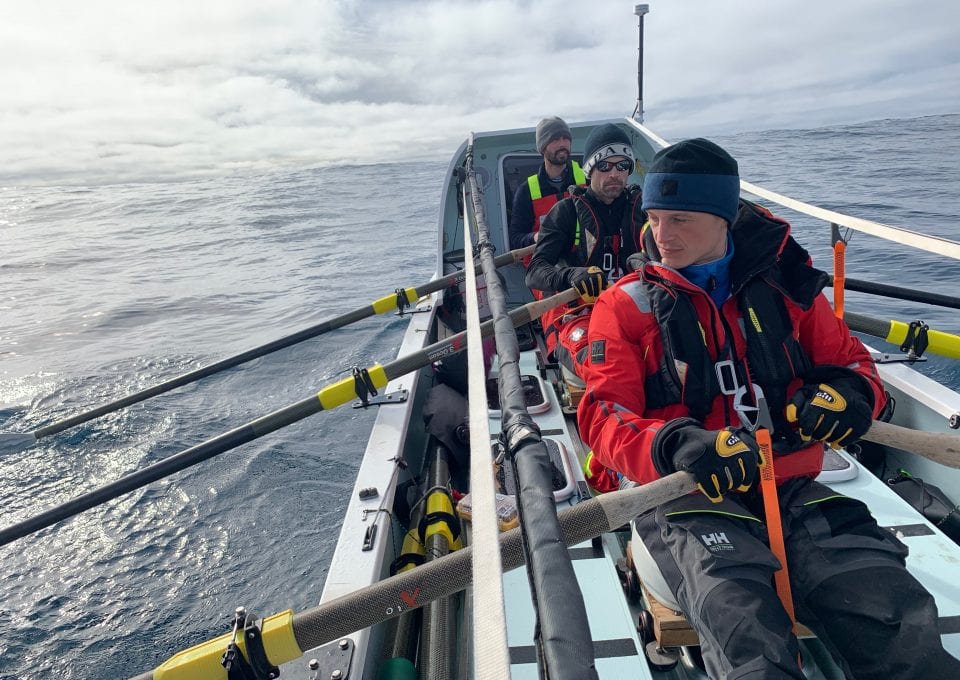 Getting the Impossible Row expedition to the start line took more than years of planning, alongside the taking of substantial risks and financial bets. It required a lot of faith as I needed to irreversibly prepay substantial sums of money 18 months in advance of the expedition to secure the assisting  vessel, which is a requirement of the Antarctic Treaty in order to receive a departure permit. Maritime law requires that small human-powered boats and primitive sailboats be accompanied by an assisting vessel during open-water journeys. At the time, it was all the money I had.

There are so many different components of the Impossible Row project that need to work together, not to mention the journey towards the start line, as this is where most of the expeditions fail. When I recruit team members I look for people who have courage, skills, experience, fitness, time and money. In the end, there are usually about 10 of them in the entire world available at any one time, and often I can’t get this dream team and I need to compromise to some degree.

It took me two years to recruit my team – Andrew Towne, Jamie Douglas-Hamilton, John Petersen, Cameron Bellamy and Colin O’Brady. This was probably the most challenging part of the entire effort of making it happen. To have the vision that would make others believe in the project.

As a team, we faced numerous challenges. We were forced to perform slalom on a route that, even in a straight line, was already one of the most difficult routes in the world. Our route had to be altered because a 150×150 mile search zone was announced after a Chilean plane tragically went missing on route to Antarctica, and the no-go area was in the middle of our already challenging route. As the captain I had to make a choice how to deal with it – we knew that the search zone would move but nobody knew which direction. I made the right bet, followed my intuition and went east of it.

Inevitably, the Impossible Row was gruelling. Our crew of six, hailing from four nations and three continents, had to row continuously, 24 hours a day in a perpetual 90-minute rotation for 12 days straight. There are of course several performance challenges, during the row we were injured, exhausted, sleep deprived, hungry, sick, cold, wet, dirty, and deprived of personal space or any space of comfort. On one occasion I opened the other cabin and I saw Jamie with the  Emergency Position Indicating Radio Beacon (EPIRB) on his chest, hugging it like a teddy bear. It looked so surreal. So everyone felt quite hopeless at one time or another. On top of this, there are seafaring skills, commanding the expedition and good rowing technique execution, for which I was responsible as captain.

Our crew of six had to row continuously, 24 hours a day in a perpetual 90-minute rotation for 12 days straight. 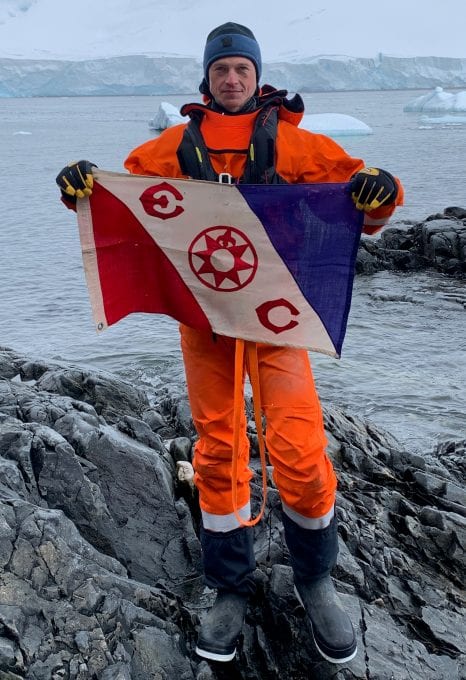 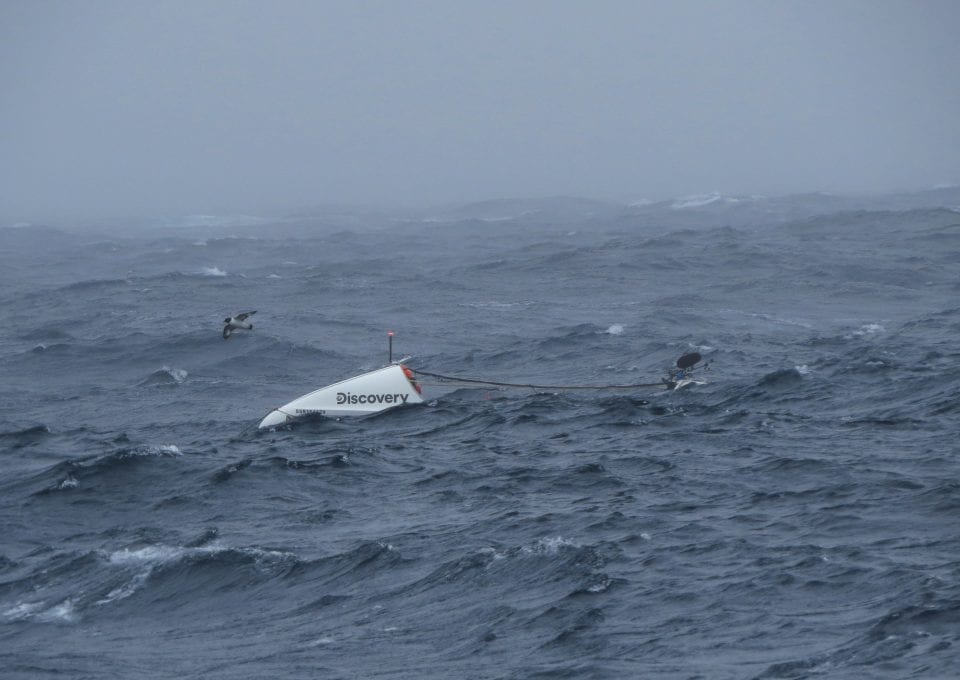 When we finally saw Antarctica after our arduous journey, it was significant.

Any endurance athlete will tell you that the mental tests are often more gruelling that the physical. I desperately craved listening to music, my only addiction in life, and sought out the intricate details of favourite memories, often that I don’t even remember day-to-day and take for granted on dry land. Cosy, candlelit evenings in the countryside with my girlfriend, the meals that my grandmother made for me when I was a child. These are the memories that helped to get me through. That and the astonishing array of Antarctic wildlife, from hundreds of penguins sitting on the ice, whales, seals and seabirds. I have never seen more wildlife on any other row. Even though I operate well in extreme challenges, I also find it comforting to remember in times of great difficulty that the inner and the outer journeys as equally important and complementary. Sometimes outer success may not necessarily be aligned with the inner success and vice versa.

When we finally saw Antarctica after our arduous journey, it was significant. Many of us had tears in our eyes upon first sighting of the land. We looked at each other and we didn’t talk. I particularly remember this short and intense moment of wordless communication with Jamie, who comes from the family of explorers and achievers.

There is a proverb that I like to remind myself of regularly – in every joke there is a bit of a joke. I would apply it analogically to the expeditions, because in every expedition there is a bit of expedition. There is so much more than just the expedition itself, most of which can’t be put into words. I am fascinated by observing my own inner experiences and psychological dynamics, as well as keeping an eye on crew member psyche. Every expedition is to some degree a rite of passage where we hope that, once completed, we come out of as a better version of ourselves, with more wisdom, knowledge and experience.

When we finally saw Antarctica after our arduous journey, it was significant.