If you ever see one in the wild, you will immediately know what is in front of you. Leatherback turtles are the largest living turtles in the world and have a unique look: Instead of having a hard carapace shell like other sea turtles, it has a black rubbery skin that gets strengthened by many tiny bone plates. Sporting seven unmistakable ridges on its leather-like back, the species is highly migratory and can be found in almost all oceans due to its special ability to maintain warm body temperatures in colder waters.

As the third largest country in South America, Peru boasts 3,000km of coastline and some of the world’s most productive ocean ecosystems. The Pacific Ocean off Peru is teeming with life, including migratory whales, numerous sharks and five species of turtles. Amongst Eastern Pacific green turtles, olive ridleys, loggerheads, hawksbills as well as leatherbacks call the region their temporary homes. But the large numbers of fish and other marine species also attracts large-scale fisheries to the region. Not only do large-scale fisheries have a negative effect on the general health of the marine ecosystems, they also affect small-scale, artisanal fishers whose livelihoods depend on healthy ecosystems to make a living and feed their families.

The Lima-based non-profit organisation ProDelphinus targets this imbalance right at the source. Founded by marine biologist Dr Joanna Alfaro Shigueto, the organisation seeks to directly work with fishing communities, researchers and the Peruvian government to bring all parties together, promote sustainable fishing methods and reduce bycatch to protect sea turtles and marine fauna in the region.

The Pacific Ocean off Peru is teeming with life.

Dr Shigueto’s main target are leatherback sea turtles, also known as the largest and deepest diving sea turtle in the world. While the charismatic species can reach lengths of up to 2m, it can weigh up to 1,000kg and can grow up to become 45 years old. Scientists have estimated that leatherbacks regularly dive to depths of over 900m, while one individual was even recorded at 1,200m below sea level on one occasion. As is the case in other parts of the world, the number of leatherback turtles is estimated to be decreasing in Peruvian waters. “There is an estimation for the Eastern Pacific leatherback population that says that less than 300 nesting females are left. This is a very small number for a population, thus the species is listed as critically endangered,” explains Shigueto.

Sea turtle populations throughout the Pacific and on Peru’s coastlines are subjected to egg poaching, habitat destruction, pollution, the negative effects of climate change as well as being caught as bycatch in large- and small-scale fisheries. Shigueto and her team conducted a study that tried to find out how many leatherbacks end up in fishing gear in Peruvian ports. She explains: “The estimate of leatherbacks captured in one year was 70 individuals which is a very high number. While most of them were alive, the findings highlight the importance of training fishermen to release the turtles safely in order to increase their chances of survival after capture. Population models for the Eastern Pacific population show that even reducing the incidental takes or bycatch by 20% would give the species a chance to survive.”

Population models for the Eastern Pacific population show that even reducing the incidental takes or bycatch by 20% would give the species a chance to survive.

That’s why Shigueto thinks the approach to include small-scale fishers in her efforts to protect leatherback sea turtles in Peruvian waters is the right one. “We work closely with fishers, providing opportunities for capacity building and implementing sustainable fisheries. That way they can continue fishing, maintain their jobs, and enjoy fish products while the biodiversity is preserved in their areas. This is not an easy balance but with education, access to opportunities such as markets, and bottom-up conservation measures, there is more chance for everybody to coexist,” she says.

Making fishing methods more sustainable to help alleviate the pressure on leatherback populations throughout Peru is the core of Shigueto’s approach. Concretely, it involves the use of technology. “For example, we have used lights to illuminate fishing nets which reduced the bycatch of turtles as well as dolphins by approximately 50%,” says Shigueto and adds: “A challenge is to implement these technologies in small-scale fisheries, and that is where NGOs and government offices can help.”

Recently awarded with continuation funding by the Whitley Fund for Nature, a UK charity seeking to channel funds for conservation leaders across the globe, Shigueto and her team want to expand the project in the near future by approaching communities they have worked with in the past as well as addressing new ones. The funding will allow the team to scale up the work it has done in a couple of communities which have started using the proposed techniques to release leatherbacks back in the water and reporting those incidentally caught.

A challenge is to implement these technologies in small-scale fisheries. 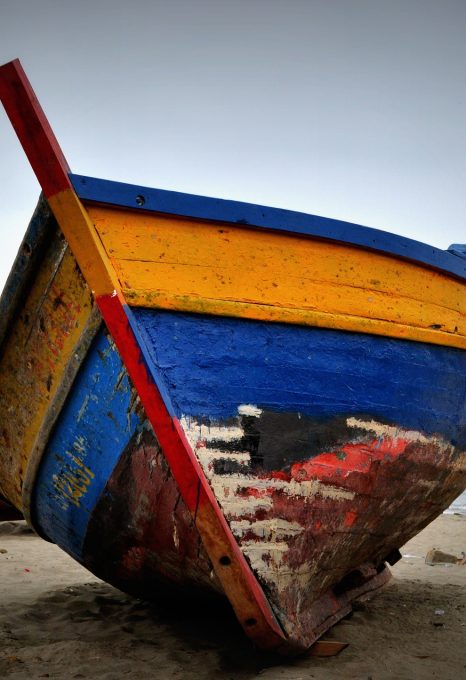 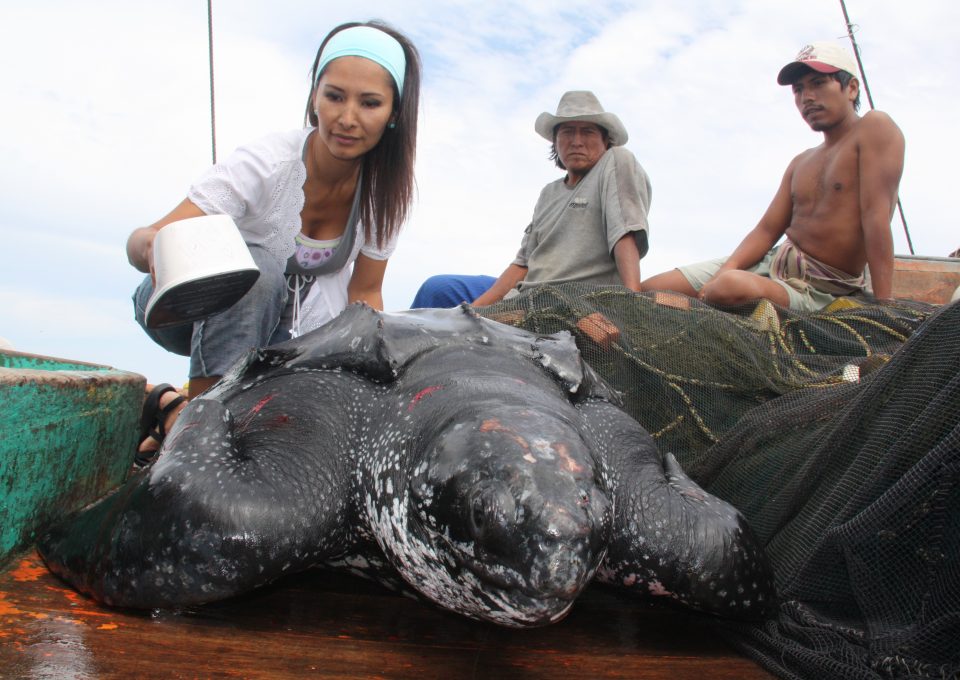 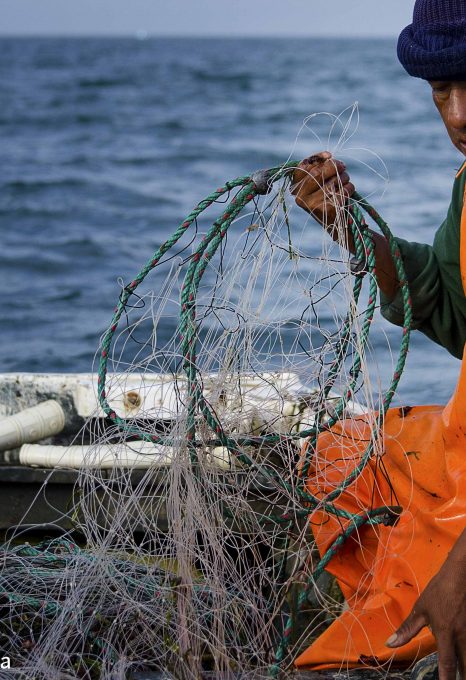 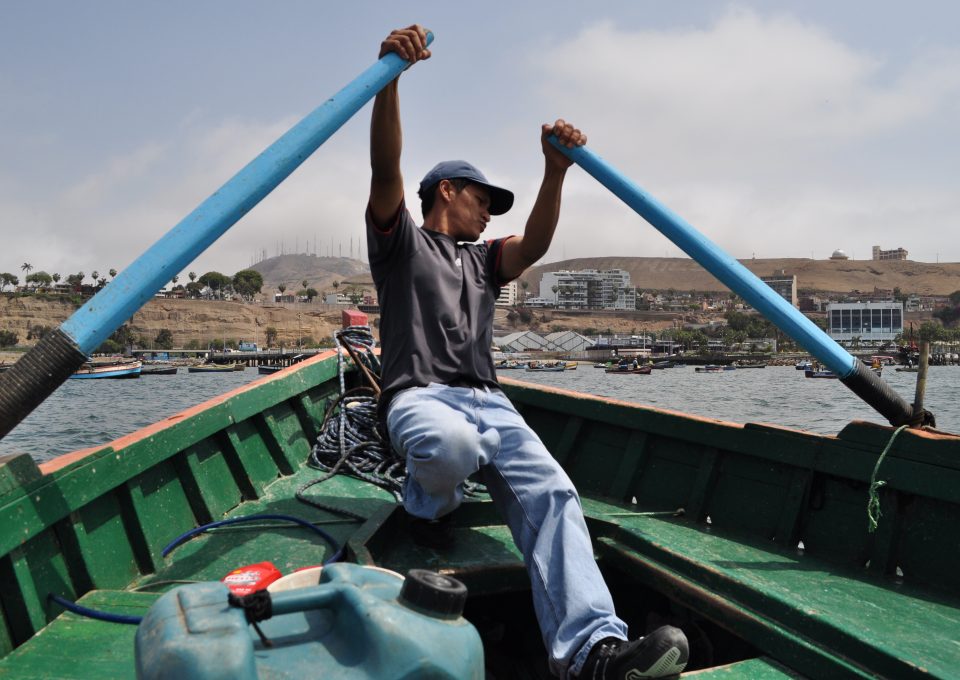 “By expanding our work, these practices will be broadly used across the country, reducing the chance of mortality in a species that is highly threatened. In the locations that are new, we expect to hold a lot of meetings with the communities to explain the goals of the project and explain how individual community members are an important part, if not the core, of it all,” adds Shigueto.

“Bringing together the protection of turtles with the protection of livelihoods of fishermen is key. We want to make sure that communities understand we want them to continue fishing. However, in a more responsible and sustainable way. That way we can make sure the fisheries will last for decades, while biodiversity is upheld too. To achieve our goal, communication is key.”