“What started as an inquiry into whale communication has developed into a broader consideration of whale consciousness.”

After a chance encounter with a pod of sperm whales, one man has dedicated his life to the pursuit of understanding the language of whalesong. In Issue 10 of Oceanographic, Hugh Francis Anderson discovers more about the Darewin Project

I first met Frenchman Fabrice Schnöller aboard the expedition yacht Barba earlier this year when we took part in the Arctic Whale project, a story featured in Issue 08 of Oceanographic. As we sailed across the North Atlantic, Schnöller explained the pioneering research he has dedicated much of the past decade to – Darewin, a company he founded in 2012 with one simple aim: to gain a greater understanding of cetacean click communication.

Born in Tahiti, Polynesia, the ocean has always been part of Schnöller’s life. “The first years of my life were spent on the beach and in the water. I have always been connected to the ocean. It’s my universe.” And while this may be the root, Schnöller notes one poignant encounter that led him to found Darewin. In 2006, on a short sailing journey from the Réunion Islands to Mauritius, Schnöller and a friend found themselves surrounded by a pod of sperm whales. Hypnotised by their presence, an urge to enter the water overcame him. “[It was a] crazy experience – 20 big animals coming towards me, making sounds, wanting to touch me, studying me,” he says. “It was like being on another planet, and it was the start of everything.” Schnöller, who at the time was the CEO of an engineering company, was so compelled by his encounter that he sold his company, embarked on a postgraduate degree in biology and began his innovative research into cetacean communication. “I discovered that there was no one really working on communication, so I said, ‘let’s collect evidence of it so that people can see it, maybe then they will be interested’.” 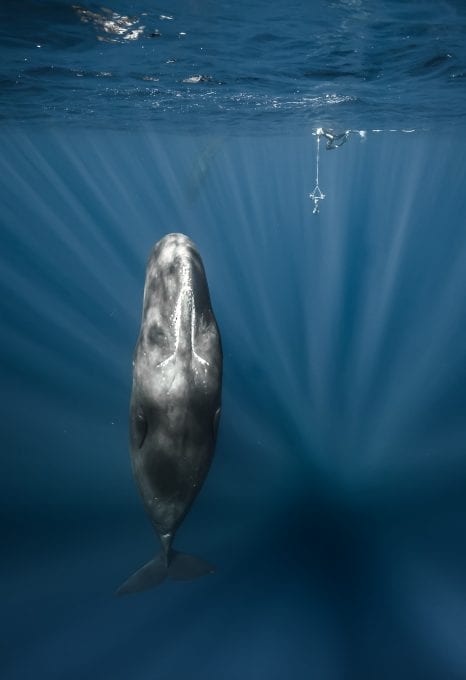 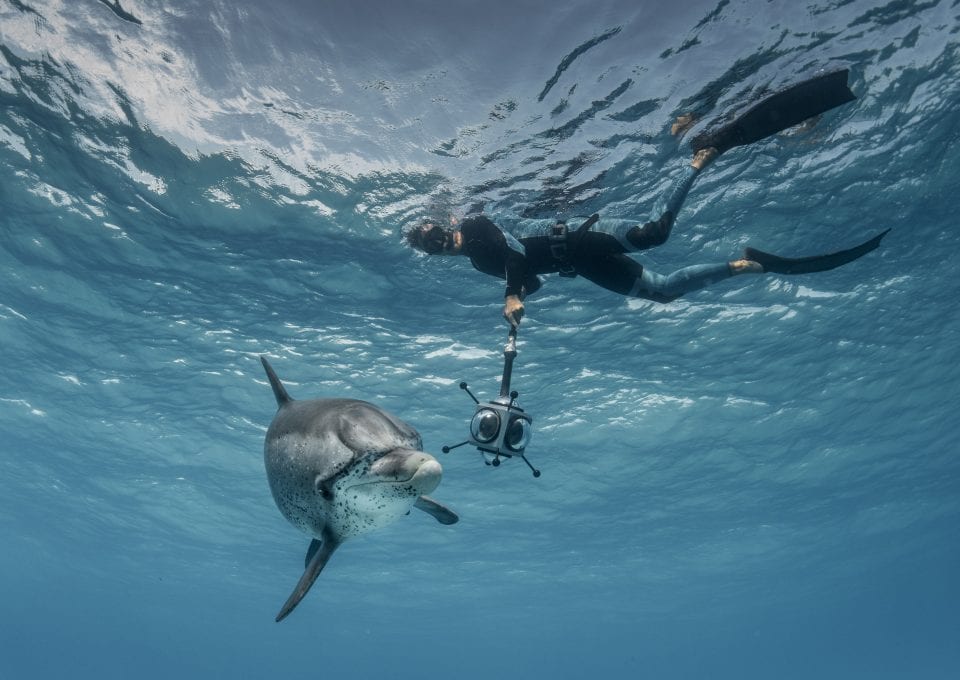 The primary objective of Darewin is to collate data, and lots of it – the pursuit of a critical mass of information that, it is hoped, will encourage the broader scientific community to invest additional resources into whale communication research. It’s a get-the-ball-rolling exercise of sorts. To aid this process, Darewin uploads its ever-expanding findings to an open-source platform, available for all to access. Darewin’s data collection methodology hinges on two things: freediving and revolutionary technology. Freediving is important because it enables Schnöller and his team (including record-breaking freediver and underwater photographer Fred Buyle) to interact with the whales unencumbered – a non-invasive approach without the noise and complications that arise with scuba gear.

Regarding the technology, Schnöller wanted to create something that allowed his team to capture the magic of the interactions as well as collect visual and acoustic information that would afford them the opportunity to learn from the encounters, in turn improving the quality of subsequent interactions. “It’s not every day that you meet 20 sperm whales, [and I wanted] everyone to see it. So I developed these 360° cameras. My goal was to capture everything, to gather data, to share it with people – and to interpret [whale behaviour] so we can interact with them [more effectively].” The tool he created was a combination of cameras and hydrophones, and it worked.

With the onset of VR, his timing was perfect. His captures allowed people to totally immerse themselves in particular encounters. It tacked on an emotional element to what started as a scientific pursuit. “When you get into the water with them, you can feel the love a mother has for her calf,” says Schnöller. “By using VR, others can feel that too.” In 2015, Darewin partnered with the New York Times to produce the Emmy-nominated 360° underwater VR movie, The Click Effect, and was also invited to present at the 2016 UN Solution Summit. By capturing all the information available, Darewin offers scientists the necessary data to make better connections between communication and behavioural habits.

“Darewin is also exposing our own species’ naivety when it comes to how we interpret communication.”

So, we know that whales communicate, but what are they saying? And how complex is that communication? Here, Darewin has collated significant data surrounding the whistle-ID of both captive and wild dolphins. It is known that dolphins in captivity use whistles as a form of ID, so Schnöller set about collecting the signatures of a wild pod off the coast of Réunion Island.

The same can be said for sperm whales, of which Darewin has amassed the largest collection of behavioural and vocalisation data ever recorded. When Buyle was freediving with a pod of sperm whales, he witnessed an incredibly rare sight – a live birth. But it is what the mother did next that most surprised the team. “The mother took the baby in her mouth and she brought it to Fred. He felt like the mother was presenting him her baby.” There is, of course, no way of scientifically proving that this was what the mother was doing, even though they felt it when underwater.

This is where Darewin’s VR technology aims to shed further light. By capturing every element, scientists will be better equipped to understand the intricate details of what is happening underwater, from both a communication and a behavioural perspective.

Darewin is also exposing our own species’ naivety when it comes to how we interpret communication. Schnöller notes that we project our own way of communicating onto cetaceans and try to make determinations from this perspective, but the truth is that they communicate in their own unique way, using a sensory system we do not possess. “They have sonar,” he says. “Sonar can convey more information that just sound. We don’t have the sensory system for this, so we don’t ‘get it’.” Anthropomorphism – the attribution of human traits, emotions, or intentions to non-human entities – extends, it would seem, to communication…

“Darewin is also exposing our own species’ naivety when it comes to how we interpret communication.”