Journey to the unknown

Journey to the unknown

As the first blue hues crept into the otherwise lightless black sky, I carefully continued down the slippery ladder.

Donning full scuba gear and tank—with a clipboard, fins, and underwater camera somehow all wedged, clipped, or balanced around my body—I sank into the inky, inscrutable water. Earthly burden lifted, I joined the weightless and serene world of the coral reef at dawn.

Crossing the reef crest, with the sun rising behind me, I dropped down the coral wall, still in blackness save for a school of bioluminescent flashlight fish, whose symbiotic bacteria emitted an incongruous glow from specialised sacs beneath their eyes. My presence scared off these skittish biological lanterns, leaving the reef uncharacteristically quiet as I descended into the dark. My goal at this unsociable hour was to become one of the privileged few who have ever witnessed the birth of a pygmy seahorse. Enigmatic, charismatic, and poorly known, these miniature fish had been reluctant to give up their secrets, until now.” 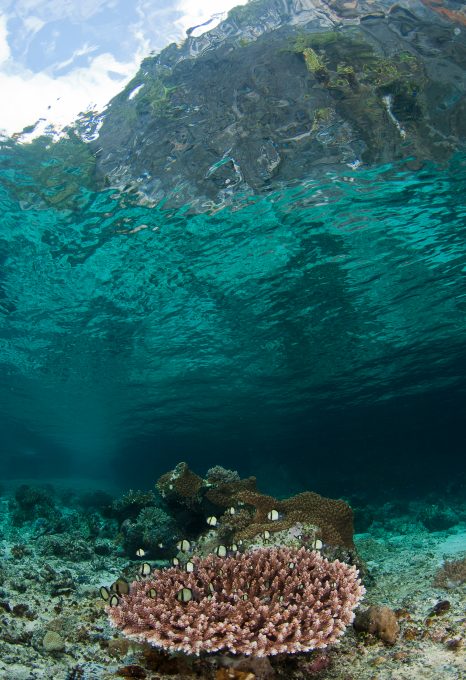 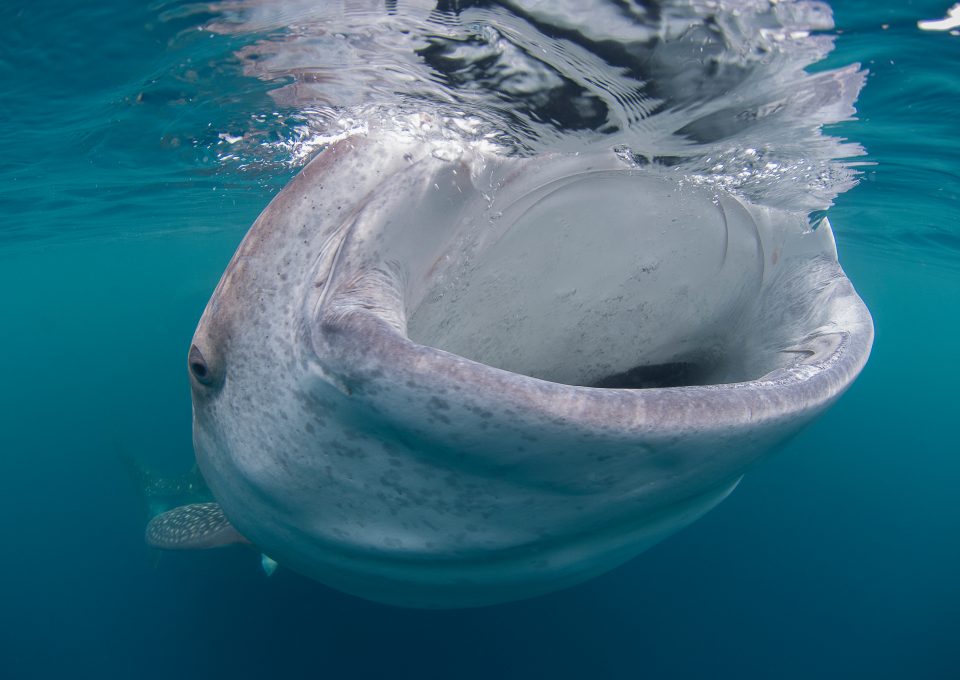 The above expert from my book, The World Beneath: The Life and Times of Unknown Sea Creatures and Coral Reefs, describes a day from my PhD fieldwork as I learned about the lives of little-known pygmy seahorses.  I have long-been fascinated by the natural world, so the career I have forged is a dream come true. Combining natural history observation, with underwater photography and the science of marine biology allows me to really see coral reefs and their inhabitants in a different light.

I started in underwater photography as a way of recording detail in the tiny nudibranchs I would find, but had no way to identify – the scrappy little sketches on my slate just didn’t cut it. Photography later became invaluable in my PhD research on the biology and conservation of pygmy seahorses. Without physically accosting a pygmy, the only way to identify its gender is by taking a very close up picture underneath its trunk.

The biggest thrill in my line of work is descending on a dive, with no idea what I might find. This might be a behaviour I have never before seen, a species I have never encountered or even something entirely new to science…in the ocean it’s impossible to know what you might come across.  It certainly helps to have a good knowledge of the usual suspects on a reef, those species that you would expect to encounter, so when you see something different you will recognise it.

I have long-been fascinated by the natural world, so the career I have forged is a dream come true. 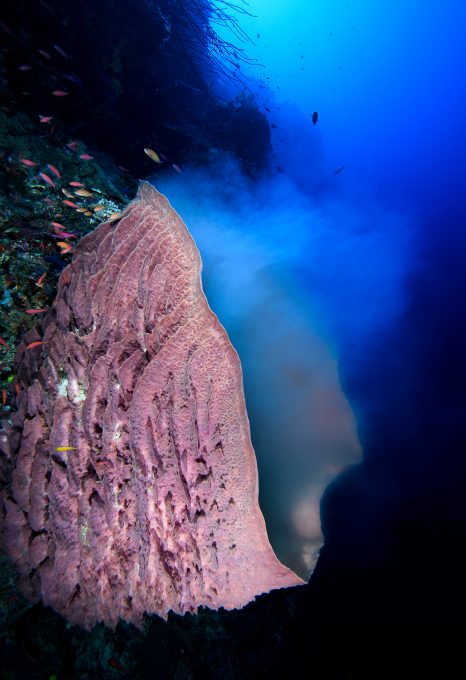 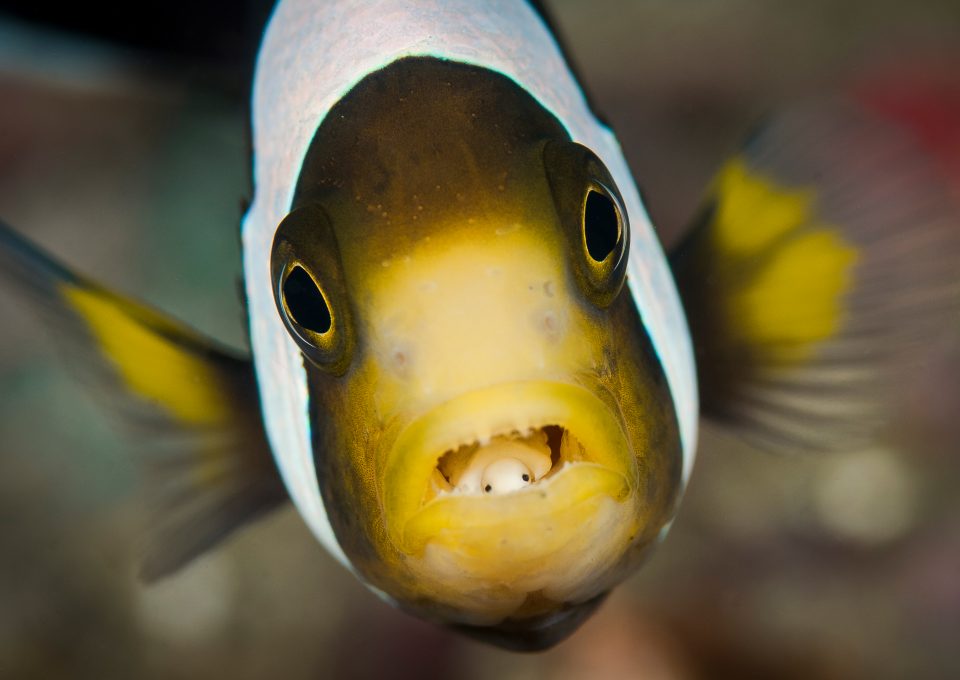 Each time I dive a new location, I am sure to have investigated all the special or indigenous animals that reside there, to make the most of my limited time in the water. In the Galapagos recently, I was a huge annoyance to the local sealions as I photographed the stunning endemic pikeblenny. The three-inch-long male fish popped out of the sand and opened wide their stunning dorsal fins. Meanwhile, the sealions were desperate to known why I wasn’t paying them any attention. In fact, the same situation occurred in the Sea of Cortez, whilst I was shooting indigenous triplefin fishes. The sealions got so irritated that one put my whole head in its mouth in a ‘play with me’ kind of way. It was very delicate; I only had the faintest scratch on my forehead from a canine!

I have always favoured the smaller, overlooked underdogs in the natural world. Sadly, these are the species that have and will go extinct first. In conservation, big charismatic animals like tigers and pandas take most of the limelight, but smaller animals also suffer wide-ranging threats. This situation is the same both above and below the waves, although we start from a position of extreme ignorance when it comes to the biology of most marine animals.

Parasites are certainly one group that are overlooked, and have the dubious honour of being the only ones that biologists aim to eradicate. We humans suffer from several hundred parasites, such as malaria, tapeworms and lice, but they are equally prevalent in the oceans. Having become fascinated by the isopod parasites I saw clinging to the flanks of damselfishes, I spent the next few years hunting for more. The majority I have come across appear to be undescribed, including one that lives inside the nostrils of crocodilefish and another that is ghostly white to camouflage itself under the chin of fusiliers. As much as they might sound repulsive they are just another component of the tree of life and vital for its healthy functioning.

I have always favoured the smaller, overlooked underdogs in the natural world. 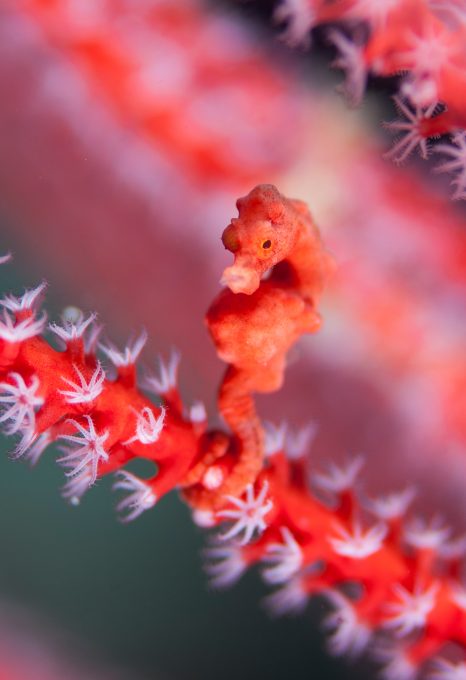 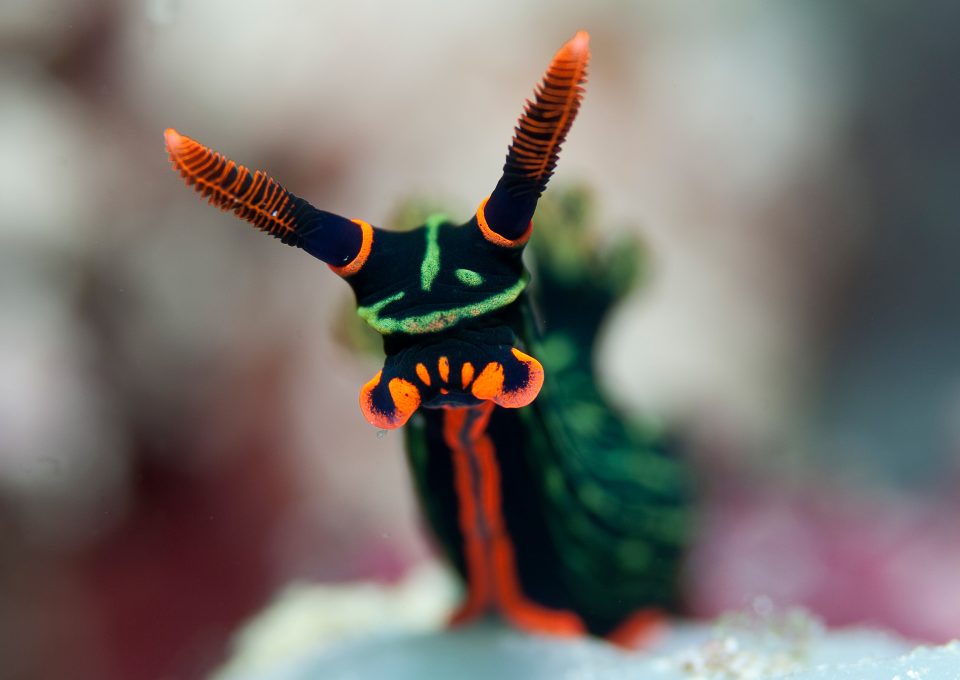 even in this time I have witnessed stark changes in the oceans.

The scuba diving community have been integral in expanding our knowledge about the ocean’s creatures, despite scuba really only being freely accessible for the past fifty or so years.  In that time, we have truly begun to explore the ocean’s shallows and the species they hold. The eagle-eyed dive guides, of Asia in particular, have brought to light a whole new world of microscopic animals to the scientific community. Scientists rarely have the opportunity to spend as much time in the field as they would like, but these dive guides are there day in day out hunting for amazing animals to show their guests. Many of the new discoveries are tiny and extremely specific about where they live: gobies that live only on bryozoans, pygmy seahorses that live on soft corals and flasher wrasses that live only in a small bay in Indonesia. Yet, there is still so much more to discover.

In the grand scheme of things, the twenty odd years that I have been diving is hardly even a blink of a geological eye, however, even in this time I have witnessed stark changes in the oceans. Coral reefs as monumental as the Great Barrier Reef have been dealt crippling blows, sharks have vanished across their range and aquatic aliens have been introduced to areas they don’t belong – wreaking havoc in these new lands.  My hope is that introducing people to some of these little-known, yet charismatic animals may bring the change needed to save our oceans and their inhabitants.

Dr Richard Smith, a British underwater photographer, expedition leader, marine biologist and author. Richard’s pioneering research on the biology and conservation of pygmy seahorses, led to the first PhD on these enigmatic fishes. His book will be released on 10th September 2019.

even in this time I have witnessed stark changes in the oceans.