Losing my reef to litter

Losing my reef to litter

For those who stop to listen, the underwater world wakes up with just as much clatter as the world above.

One hundred metres off the coast of Marsa Nakari, Egypt, and around 15 metres down, we watched the sunrise paint the southern reef in beautiful pinks and golds. I had dived on this particular reef dozens of times, but I still paused to take it all in. As I hovered motionless above swaying corals and darting fish, the rhythmic gurgle of my regulator offering the scene a hypnotic hum, I remained blissfully unaware of what was heading my way.

The day had started just before dawn, our canvas tents flapping in desert winds. Stumbling over sand, rock and rubble in the dark, we made our way to the dive shed – a humble overhang on the water’s edge. Having sliced my foot open a few days before, I hobbled behind my buddy, cradling my camera tightly and wincing. We were the first divers in the water, keen to savour the quiet. Grabbing my fins from the jetty, I slipped in.

After so many dives, Marsa Nakari reef had become a comfortingly familiar place. I knew almost every nook and cranny, but would still find something new to photograph every day. After a while, I stopped seeing the fish as fish. These creatures had homes, favourite spots and relationships with each other. They had hunting partners, feeding grounds and favourite pieces of coral. They were terrified of my camera, but unafraid of my fingers wiggling in the sand.

I grew fond of each corner and bend, and every resident – the lionfish that lived under the jetty, disdainful of new divers kicking up the sand on entry; the dozens of pipefish that inhabited the sandy plains between shore and reef, almost too tiny to notice; the shoals of damselfish that dashed between corals, relieved to have survived another night of roaming reef predators; the friendly moray eel that inhabited a coral bommie 20 metres from shore, a charming neighbour always appreciative of a “hello” as you passed.

When I first learned to dive, I quickly developed an awareness of the extent of marine pollution, particularly plastic – it was hard not to notice. It did not matter what corner of the world I was diving in, I encountered marine debris. It became second nature to pick up plastic bags and shove them into the sleeve of my wetsuit. On an ordinary dive, my BCD pocket would be filled with litter. I had grown used to it, and although it angered me, I accepted it as ‘the norm’.

There was, however, nothing normal about Marsa Nakari on this particular day. As I hovered next to a blue-spotted stingray, dawn’s pastel hues making way for the vividness of the approaching day, I moved to adjust the settings on my camera. An object, floating in my peripheral vision, caught my attention: a plastic bag. A semi-translucent white, it flickered in the sun’s strengthening rays and sank to the sea floor. Then came a second. A third. Ten. Almost like snow, they descended on us, ethereal, ghosts from another realm. I looked upwards, following a trail of bubbles to the sea’s surface. A vast accumulation of litter bobbed above me, drifting towards the reef like a thundering black cloud reaching landfall. I lifted my camera, holding back tears.

A vast accumulation of litter bobbed above me, drifting towards the reef like a thundering black cloud 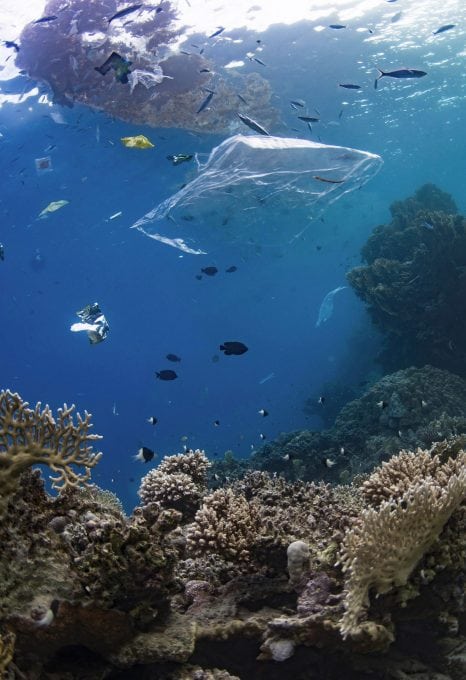 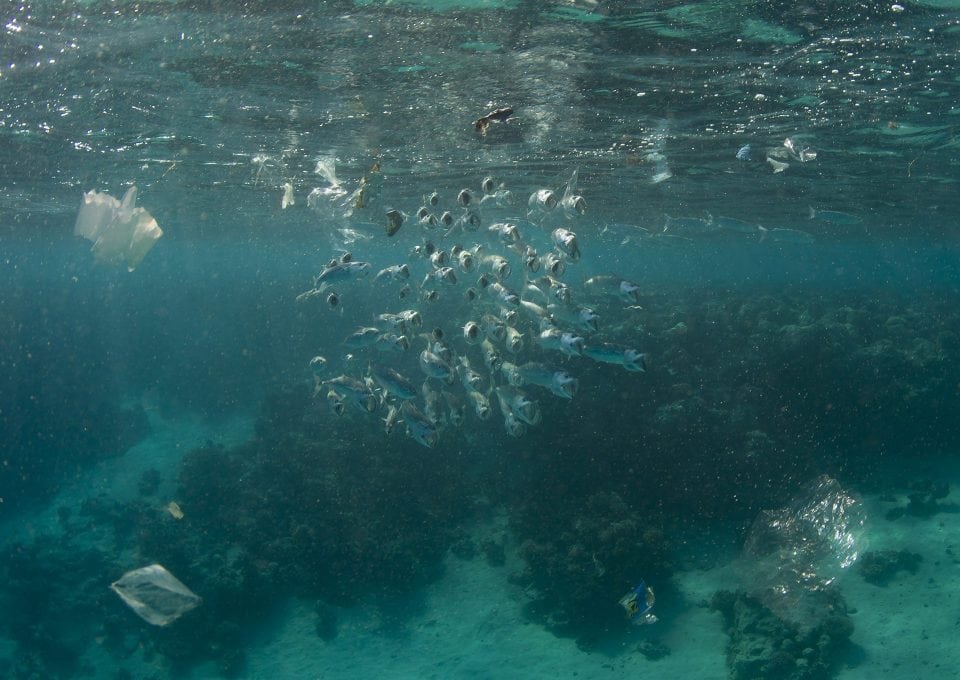 The devastation was unimaginable. Dead birds and fish lay entangled amongst the debris. A school of mackerel circled below it, their mouths wide open, swallowing tiny bits of litter as it sank. I wanted to yell, to tell them to stop. Crisp packets and surgical gloves caught on coral; remnants of bin bags fell like starlings flocking to their nests at night; my blue-spotted stingray fled. I lay down my camera, which itself was already shrouded in litter, and began to fill my BCD pockets with rubbish.

When we emerged from the water 30 minutes later, we pulled ourselves onto the jetty and sat in silence. The sea had turned into a toxic soup of litter, some of it too small to grasp. It was the first time I realised what was truly at stake. It was the first time I saw, first-hand, the extent of what we are doing to our ocean. It was the dive that made me realise the duty I had, as a diver, to protect the things I loved most about our world.

Later that same day, we stood over the seventh bag of litter we had retrieved from the reef and watched the tide bring in a fresh wave of plastics, thousands of pieces worming their way between coral islands. I thought about the residents of the reef and the barrage they were suffering – an assault that could very likely kill them. My complacency evaporated. I was devastated.

The majority of commercial plastic is used for less than 12 minutes, but will take more than 400 years to degrade in the ocean. Despite public engagement, 275,000 tonnes of plastics are discarded in the UK every year. The vast majority of these plastics carry toxic chemicals such as BPA, phthalates, pesticides and PCBs, which once broken down, work their way up the food chain – all the way to us.

This is not to say that all hope is lost. Education is catalysing a movement of ocean conservation, people intent on reversing the problem. We want to annihilate the eight million tonnes of plastic pollution released into the ocean every single year.

Everyone – including you – can help.

For more information on ocean plastics and how you can be a part of change, check out the great work being done by Oceanographic partner Project AWARE®.

I lay down my camera and began to fill my BCD pockets with rubbish.