On a mission to save the Arctic Ocean

On a mission to save the Arctic Ocean

Pen Hadow is on a mission.

He is rarely not on a mission. He has conquered both the North and South Poles, conceived and orchestrated the hugely successful Arctic Survey programme and, last year, attempted to sail to the North Pole as part of Arctic Mission. Committed to the protection of our planet’s northernmost ocean, Pen has now set his sights on a new target – to protect the Arctic Ocean’s international waters. You can read all about that in Issue One of Oceanographic Magazine. In the meantime, here’s a little more about the man, accompanied by some beautiful images from his Arctic Mission expedition.

Oceanographic Magazine (OM): When did your fascination with the Arctic Ocean start?

Pen Hadow (PH): Throughout my childhood I’d been brought up on the great stories of exploration and derring-do. I was too young to read, but my nanny Enid Wiggly loved telling stories. She had been Sir Robert Scott’s nanny when she was much younger, so had a real connection with these great stories. I came to know these great explorers as the Antarctic Boys – they were like my uncles. So I suppose the seed for exploration was sewn early.

But it wasn’t until I was 27, while working for IMG Sports Agency, that the fascination truly took hold. I’d been in the job for four years, but wanted something else from life. One day I went into the library at the Royal Geographical Society – the Lowther Room to be precise. I picked a book at random and pulled it from the shelf, cobwebs falling to the floor as I did so. The book was by a chap called Bernhard Adolph Hantzch, an extraordinary and extreme flora and fauna explorer who died on an expedition in the Arctic. I read the book that lunchtime and his story took my breath away. This man was conducting baseline measurements on Baffin Island with Inuit help. When he died, the Inuit ensured his work was transported back to safe hands, but that work and his life remained in relative obscurity. It was his commitment to task and the environment that struck me. I realised I’d be reading stories about men like Hantzch all my life. Acknowledging how I felt, I resigned from my job that day. I knew the Arctic was where my future lay.

OM: What was your first experience of the Arctic?

PH: In 1989 I had a one-on-one tutorial for 70 days on the islands of Svalbard, looking to photograph polar bears in the wild. My mentor was Vaughan Purvis, an exceptionally intelligent man capable of delivering ambitious projects in remote locations where support is limited. He taught me how to plan and how to achieve goals in tough environments. Most importantly, he taught me that if it’s not on the mission don’t do it. If you see a pretty iceberg, ignore it. Stay on track and stay disciplined. It was an incredibly valuable time.

OM: When did you decide to go solo to the North Pole?

PH: It was on the flight back from Svalbard, actually. During my time in the Arctic I’d temporarily lost my sight. It happened during a near-blackout of communications, so we were unable to radio in support from base. We did manage get hold of Ranulph Fiennes and Dr Mike Stroud, who were making an attempt on the North Pole. They came to my aid. Their attempt got me thinking: Perhaps I could transpose my new skills and learnings to make an attempt on the North Pole too – but do it solo. On that flight home, I decided that was what I was going to do.

I made a vow to my father on his deathbed that I would make it to the North Pole. 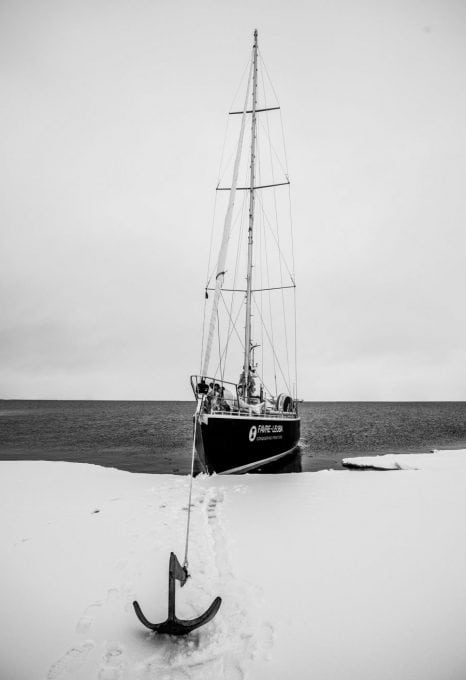 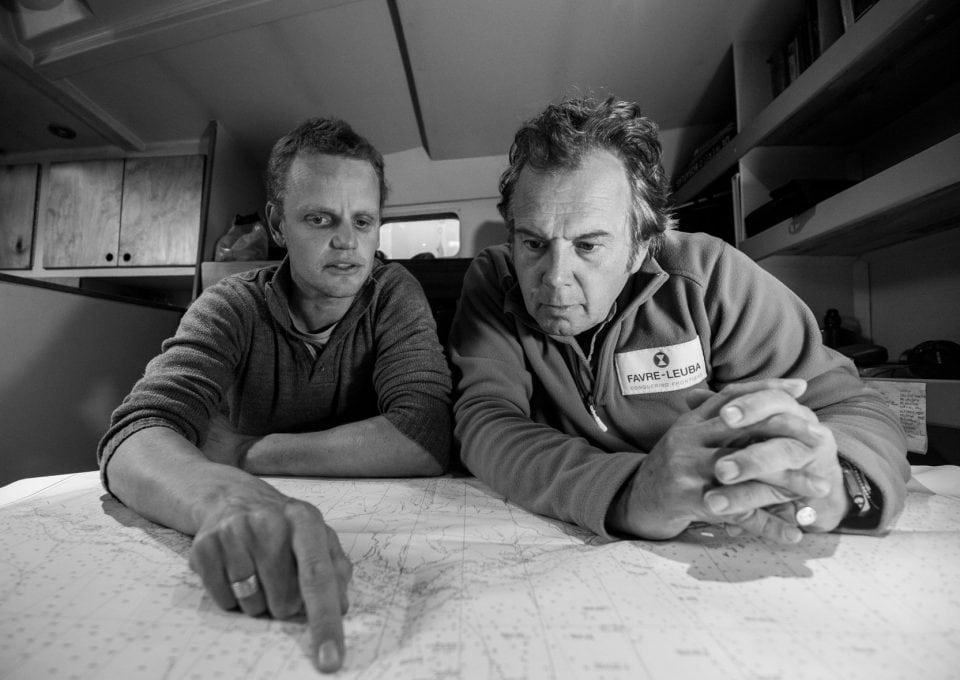 OM: You reached the North Pole on your third attempt. What kept you going back?

PH: I made a vow to my father on his deathbed that I would make it to the North Pole. That promise lashed me to the mast of commitment. He died in my arms, of cancer, and the last words I said to him were: “If I don’t do anything else with my life, I will make it to the North Pole solo.” I said that in 1993 and it felt like a vow. It was the catalyst that backed-up that initial decision on the plane home from Svalbard in 1989. It made it real. When I failed on my first attempt in 1994, I was devastated. So I tried again four years later, in 1998. I got about 75% of the way there, but on the 42nd day had to pull out due to a knee injury sustained early in the attempt. I ran out of pain killers and my leg was unstable and painful. So painful, in fact, that I passed out. When I came round, I knew I had to stop. Yet again I was devastated, having not fulfilled my vow to my father. In 2003 I made it. It was utter relief.

OM: What are the most challenging things about the Arctic environment?

PH: The ongoing challenge is about operating effectively in deep cold. When the temperature is below -35 degrees Celsius, you’re in a mental state akin to being a little drunk. It’s very easy to make mistakes, and mistakes are hard to recover from. So the biggest challenge is staying on top of your mental state. Things such as frostbite are secondary problems caused by the primary problem of a lack of concentration. It puts immense pressure on the mind, and it’s why most expeditions fail. A lot of people spend too much time on the physical side of things, neglecting the mental. And you need to spend enough time in those conditions before undertaking a challenge like an attempt on the North Pole.

Global warming has certainly affected characteristics of the Arctic environment too, making it harder to navigate. The condition of the sea ice is changing – there is less of it, and swathes of it are thinner and weaker. I took an immersion suit with me in 2003 so that I could walk on thin ice. If I fell through it, I would remain dry, able to smash my way through the remaining ice around me, swim any open water and climb out onto the stronger stuff. My sled had an inflatable tube that enabled me to paddle it like a surfboard. It was the quickest way I could travel. But it was challenging, and often quite scary. On one occasion I spent four hours in the water, unable to find a point at which I could get out. Ultimately though, It allowed me to take a very direct route. Those not opting for an ‘amphibious option’ would have to zig-zag their way to the Pole – a lengthy task, which brings different challenges.

My sled had an inflatable tube that enabled me to paddle it like a surfboard. 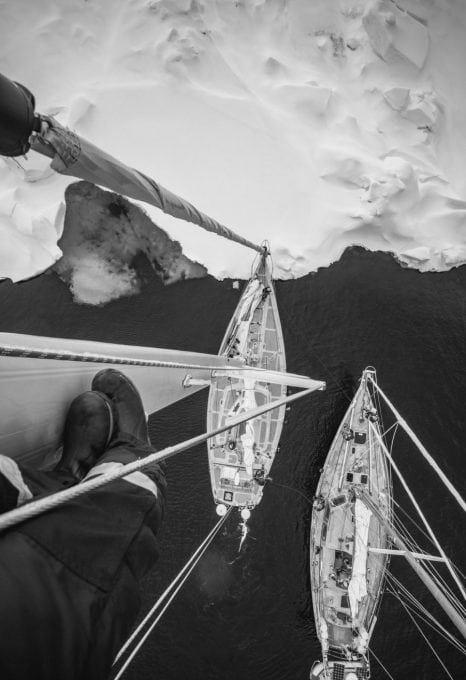 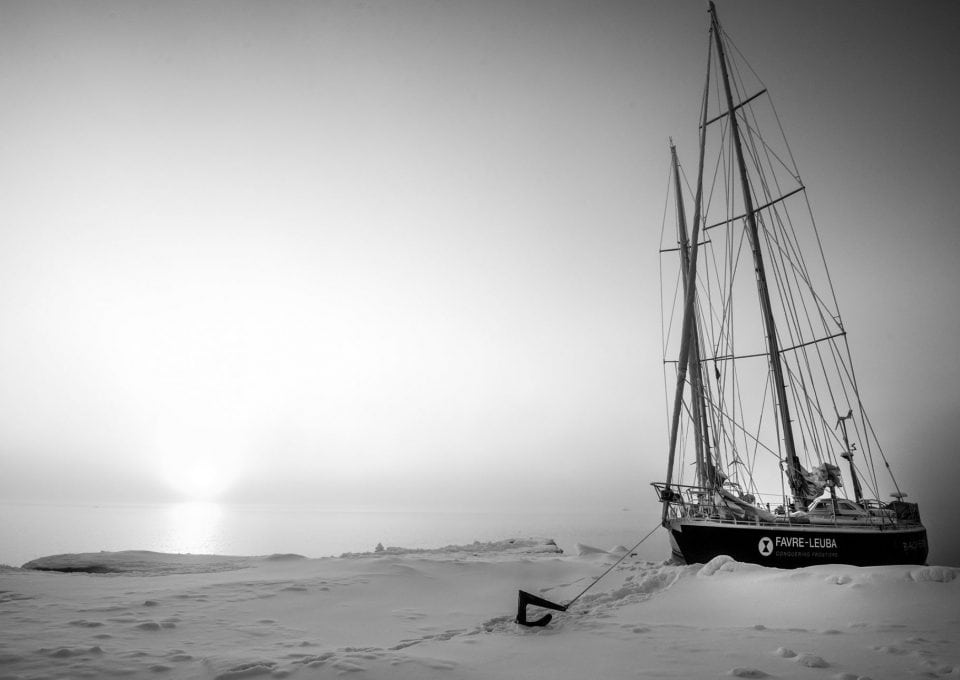 When I stood at the Pole in 2003, I thought: What the bloody hell now?

OM: After your success in 2003, it wasn’t long before you were hatching plans to return to the Arctic…

PH: When I stood at the Pole in 2003, I thought: What the bloody hell now? I felt a deep connection – and responsibility – for the place. Other adventures seemed hollow, and while I did go to the South Pole shortly after, my passion was with the North – I’d spent so much time there, cared about it and had, I realised, carved out a skillset that I could use for good.

In 2006 I conceived Arctic Survey, which was to use the explorer’s unique skillset to travel across sea ice in remote parts of the Arctic Ocean. Scientists could come in on a fully peer-reviewed process, completing important work in the only non-governmental sea ice research facility in the world. I was there for three months of the year for three years. Some important work was realised during that period.

OM: You returned again in 2017, with Arctic Mission, this time on a sailboat.

PH: Exploration is all about storytelling. Attempting to sail a boat to the North Pole was a way of capturing people’s imaginations, grabbing their attention, highlighting the issue of retreating sea ice. Science was a central part of the expedition too – we have six strands of research set for publication in two or three years through the University of Exeter using data collected from our yachts. Bringing together science and storytelling is critical in communicating big issues to the general public and, ultimately, getting them to care about big, important issues.

OM: Finally, you’re now working on arguably the biggest challenge of your career. Tell us more.

PH: Why don’t I write that down for you…

Pen writes exclusively in Issue One of Oceanographic Magazine about his mission to protect the international waters of the Arctic Ocean before it’s too late – his next great mission.

When I stood at the Pole in 2003, I thought: What the bloody hell now?