If the Netflix documentary My Octopus Teacher taught us one thing it is that octopus are incredibly complex, intelligent and sentient beings. Despite this, Gran Canaria is planning to open the world’s first commercial octopus farm. Is this the future we want or need?

If awe and wonder is what you love about nature, octopus won’t disappoint you. Let’s start with their three hearts and their blue blood. One heart pumps blood around the body and the other two around their gills for oxygen uptake. Instead of iron-based haemoglobin, their blood consists of copper-based haemocyanin which is known to carry oxygen better at lower temperatures.

Their ‘nine brains’ are equally as fascinating. Craig Foster from My Octopus Teacher, when talking about the octopus he met throughout filming the documentary, explains that “two-thirds of her cognition is outside her brain in her arms”. Once you understand that octopus have 180 million neurons in their brains as well as 320 million neurons divided between their arms, this fact begins to make more sense.

Their intelligence is nothing short of incredible. The number and complexity of strategies they use to evade predators and the speed at which they employ them in life and death situations is breath-taking. Furthermore, octopus are semelparous which means they reproduce just once in their lifetime. And reproduction for this species also means that they are about to die. Foster, in the midst of his grief, marvels at how his beloved octopus is “timing her death exactly for the hatching of those eggs”. But what intrigues me most personally, is that despite being colour-blind, octopus can somehow change their skin to perfectly match their environment in mesmerising colour displays.

Their intelligence is nothing short of incredible.

Known for forming strong relationships with individual carers in zoos and divers, the species clearly can show emotions and sense moods. It’s probably worth defining what sentience is and why it’s important. Put briefly, it’s the ability to physically feel sensations, emotionally respond to them and learn from these experiences. If an animal can feel pain and is scared about having pain inflicted upon them, it has significant welfare implications for farming. For those that have seen My Octopus Teacher, you already know they are sentient. When a shark attacked the octopus, she was clearly in pain; physically traumatised, withdrawn and drained of colour. The fear of future attacks led to intense mental strategising. Incredible footage of her wrapping herself in kelp and shells to hide, crawling across land and even riding a shark’s back to avoid being located and captured.

For those that need more empirical data, LSE’s Review of the Evidence of Sentience in Cephalopod and Decapod Crustaceans concluded that “there is very strong evidence of sentience in octopods”.  They recommend to the government that they “be regarded as sentient animals for the purposes of UK animal welfare law”. In terms of evidence, you can’t get much more definitive. This review is incredibly important as they conclude “that high-welfare octopus farming is impossible” and that “the government may wish to consider a ban on imported farmed octopus”.

This high level of awareness has recently been recognised in UK law. In November 2021, the species was added to the Animal Welfare (Sentience) Bill which means that octopus are now officially recognised as sentient beings. “The science is now clear that decapods and cephalopods can feel pain and therefore it is only right they are covered by this vital piece of legislation,” UK Animal Welfare Minister Lord Zac Goldsmith said in a statement following the Bill extension. However, while this is a great move, it doesn’t necessarily mean that people need to change their ways and problematic practices might continue in the future.

They conclude “that high-welfare octopus farming is impossible”.

A recent development that has been met with heavy opposition from conservationists and scientists worldwide is the news that the world’s first commercial octopus farm is about to open in the Canary Islands. Nueva Pescanova, a Spanish fishing company, is behind the plan that seeks to “protect a species of great environmental and human value” by farming the species, according to a company spokesperson.

Large-scale cephalopod fisheries are virtually unregulated and octopus catches have almost doubled between 1980 and 2014. The result? Octopus have become scarcer with prices shooting up from $2.2 to $11.6 per kg between 2000 and 2018. That’s a whopping 426% increase in 18 years! This situation has created both a dilemma and an opportunity for Nueva Pescanova. While the growing scarcity of wild octopus is clearly a problem for their €905 million turnover, it has also helped create a luxury food item.

With ready-made powerful supply chains, trade routes and loyal customers that could be easily transferred to farmed octopus, it’s easy to understand why they’d be targeted. The species’ short lifespans and ability to produce large amounts of offspring makes them an even more appealing candidate for farming.

While farming might seem like a logical conservation tool, it doesn’t always work. For example, farming bears for bile was introduced to support the growing demand for traditional medicine and protect wild bears from poaching. Instead of satisfying demand, it inflamed it. Bile was then marketed as a cure for everything from acne to hangovers and is now used in shampoo, toothpaste and tea. If supplies of farmed octopus increase in the same way, it could incentivise wild octopus demand. This threat cannot be underestimated. As humanity rarely does things on a small scale, it could be devastating.

Furthermore, Nueva Pescanova has not yet revealed any details on the conditions the octopus will be kept in. How large will the tanks be? What will they be fed and how will they be killed? The company offered the explanation that their facility would be “at the forefront of best practices in animal welfare and environmental sustainability”. However, a research team behind a 2021 London School of Economics report that took a closer look at the sentience in invertebrates, argued: “We are convinced that high-welfare octopus farming is impossible.” 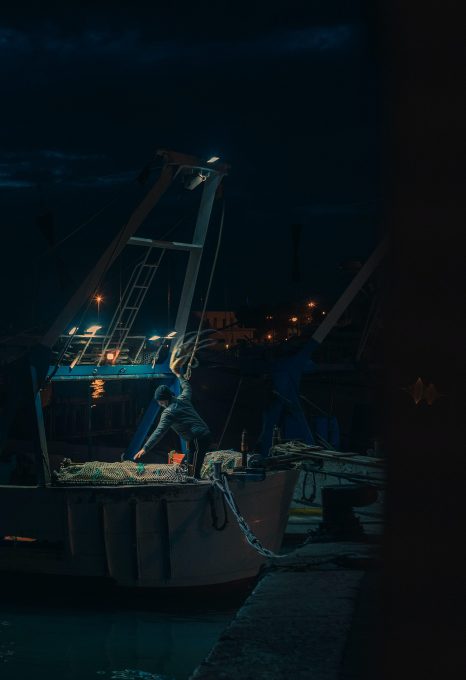 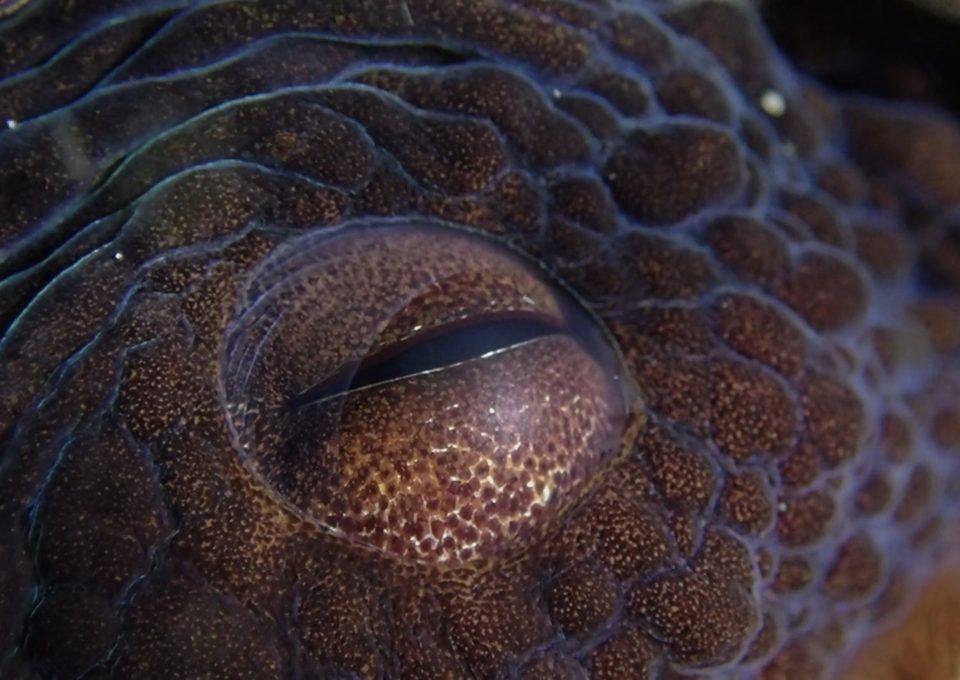 It has taken researchers around 70 years to make octopus yield to the misery of factory farming but their ‘success’ comes at a price. Nueva Pescanova’s octopus survival rates are “estimated to rise to 50%”. This means more than 50% are dying which implies significant suffering. Stress is an inevitable consequence of farming intelligent but sensitive animals like octopus. Their sensitive natures mean they prefer a solitary existence. Force them into large-scale commercial operations with shared accommodation and they are likely to turn to cannibalism. Alternatively, put them in small individual tanks bereft of intellectual stimulation and they could mutilate themselves. Octopus caught in traps are often found with missing limbs.

In a world with so many food choices, commercially farming wildlife is undoubtedly unnecessary, but it is also fraught with knowledge gaps that can lead to untold cruelty. Unlike humans, octopuses have an unusual de-centralised nervous system, limiting our understanding of their pain relief. Their nervous system makes it impossible to kill them humanely without an overdose of anaesthetic but this renders them inedible. This and the lack of trained vets are a significant welfare concern as factory farming is fraught with illness and injury due to high stocking densities and unnatural surroundings. Furthermore, the afore-mentioned LSE Review actually doesn’t recommend any existing methods which include “clubbing, slicing the brain, reversing the mantle and asphyxiation”.

Farming carnivores to supply human food is logically bereft as it’s inefficient and threatens biodiversity, food security and food equality. Imagine drawing a food chain. The longer it becomes, the less efficient it gets with around 90% of the energy wasted at every tropic level. Long food chains mean multiple farming steps that waste biodiversity. The closer we can get to eating ‘producers’, the simpler and more energy efficient our food chain becomes. Apart from the inefficiency of eating carnivores, farming them adds another whole layer of threat.

We are already filtering 20% of the fish we catch into fishmeal that feeds captive carnivores. Octopus will add to this burden with a food conversion ratio of 3:1. With 90% of our fish stocks overexploited, fully exploited or depleted, can we really afford to threaten our biodiversity yet further? Furthermore, fishmeal fisheries are based in some of the more impoverished regions of the south. As people potentially rely on fish for survival, it not only threatens their food security, but also food equality. After all, is it ethically acceptable to be feeding fish to octopus to fuel luxury food markets in wealthier countries?

Force them into large-scale commercial operations with shared accommodation and they are likely to turn to cannibalism.

Octopus farming transgresses so many issues that it creates a lot of common ground.

Most of the areas of the world preparing to farm octopus are devoid of farm animal welfare legislation to protect them. The EU don’t protect invertebrates, Mexico don’t protect aquatic animals, Japan doesn’t specifically mention farm animals and the US don’t even recognise octopus as animals in research.  This is a major concern.

As we’re set to recognise octopus as sentient by law, we encourage the UK government to ban farmed imports and lead us into a future that measures our own sentience when choosing how we farm. As an organisation, we try to unite the broad spectrum of animal protecting communities but this is not always as easy as it sounds. However, octopus farming transgresses so many issues that it creates a lot of common ground.  Everything from animal advocacy, conservation, biodiversity loss, food insecurity and food inequality. Unsurprisingly, the news of the first commercial octopus farm, which is predicted to open in 2023, is beginning to draw a lot of negative press.

Sign the petition to ban the import of farmed octopus into the UK here.

Octopus farming transgresses so many issues that it creates a lot of common ground.