Rock formations spread like fingers away from Anacapa Island. Each one – standing five or six feet tall – is forested with kelp, which grows all the way to the surface to create a golden canopy overhead.

Harbour seals dart in and out of the channels as large schools of perch, garibaldi, senoritas and sea bass hide among the fronds. Sea stars and sea hares mingle on the rocks, a few purple urchins scattered among them. It is a beautiful, well-balanced ecosystem. Less than a decade earlier, Southern Californian shorelines were almost kelp-free. The rocky reefs were covered with purple urchins; no living fauna drifted back and forth with the surge. The ocean was injured, while those who abused her looked on unaware. Environmental chaos reigned.

Southern California is renowned for its sunshine and beaches. A melting pot for cultural diversity, the Los Angeles area has grown steadily since the early 1900s, with people immigrating to make their homes in the mild climate. A population explosion after World War II created a need for roads and pavements, carparks and shopping centres. Unbeknown to this new generation of residents, their New World growth would devastate an ecosystem that had flourished for thousands of years.

The waters along the Southern California coastline host unique and beautiful kelp forests. These forests are vital to the survival of more than 800 marine species. In addition, kelp is a photosynthesising-algae, an organism that produces 50-85% of the life-sustaining oxygen we breathe. Kelp is an important product for human consumption as well, used in products from pharmaceuticals and toothpaste to puddings, cakes, and shampoo. Between 100,000 and 170,000 tons of kelp is harvested from Californian waters each year. How then, did kelp forest decline go unnoticed by beachgoers for almost 30 years? 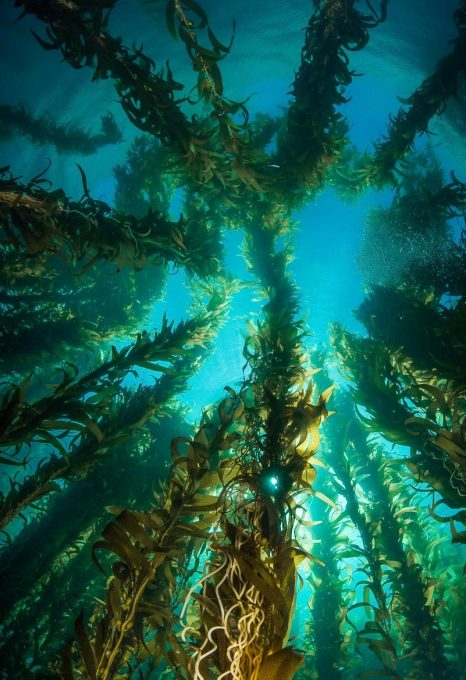 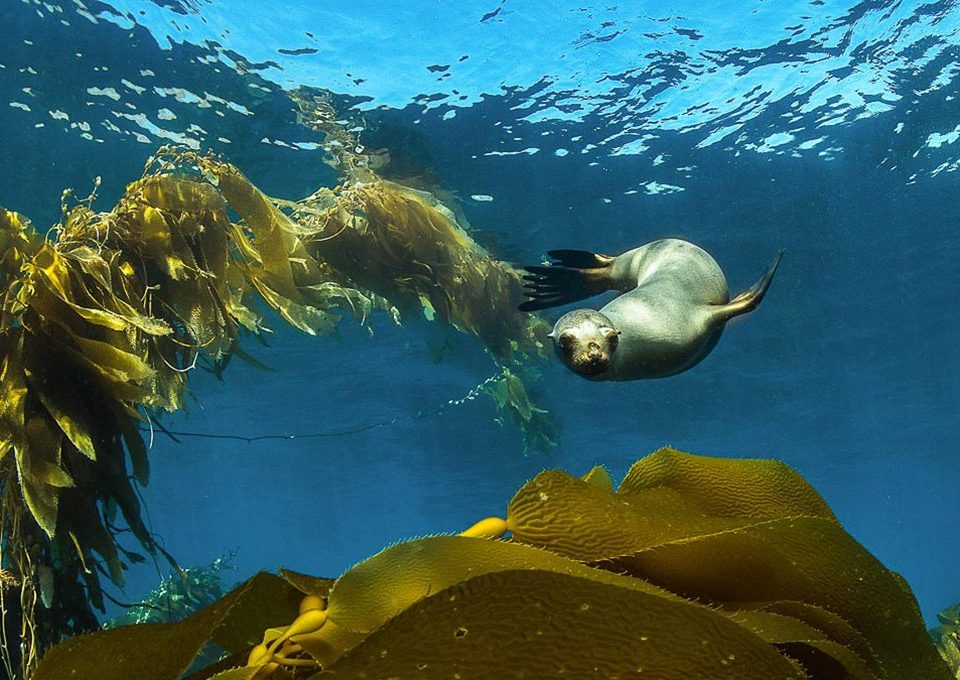 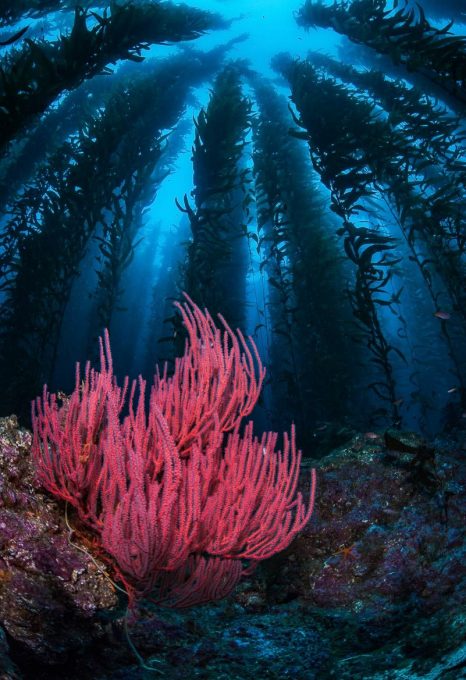 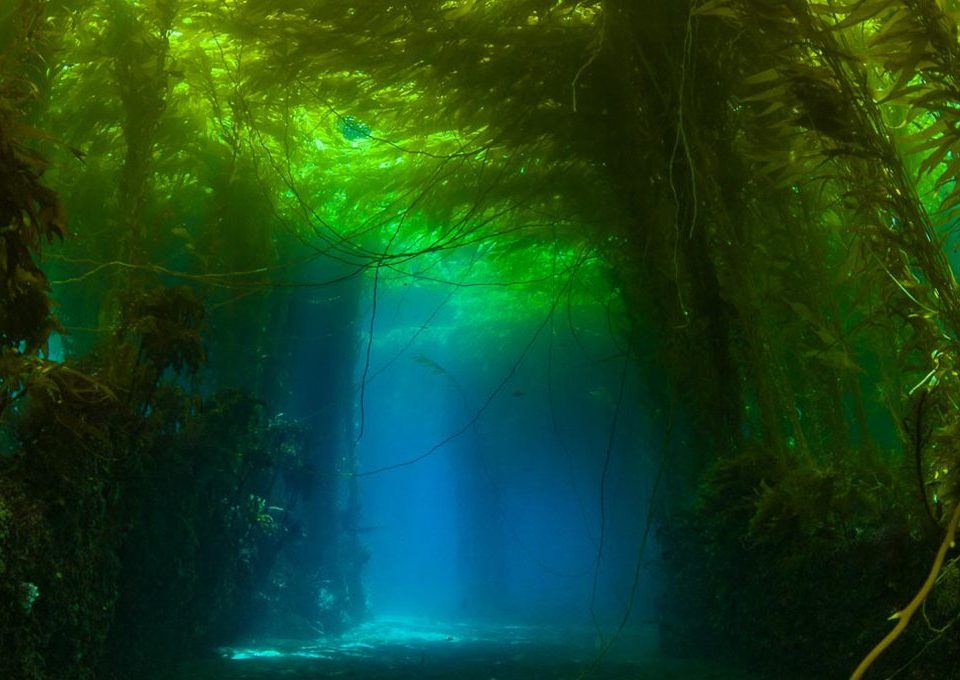 Various factors contributed to California’s kelp forest decline, but the catalyst was urban development. As populations boomed and cities expanded, drainage ditches routed increasingly large amounts of runoff water to the ocean instead of allowing it to soak into native soil. Ocean water became turbid, smothering natural algae. Unable to photosynthesise sunlight, much of the algae eventually died. Sea urchin populations soared, devouring entire reefs of new kelp, preventing its repopulation. From the 1970s to 2002, as much as 80% of the kelp growing along the Orange County coast was lost. The disaster went largely unnoticed amongst the coastal community – out of sight, out of mind.

In 2002, Nancy L Caruso, a young marine biologist took on the challenge of returning healthy kelp forests to Newport and Laguna beaches. This would ultimately involve more than 5,000 volunteers, hundreds of school children and the support of increasingly engaged beach communities.

With a Bachelor’s degree in Marine Biology, Nancy began her career in aquaculture, hydroponics and aquaponics at the Epcot Center in Disney World. After moving to California to work in the water quality lab at the Aquarium of the Pacific, she realized her future lay in ocean conservation. She left her position to build a programme that would restore the kelp forest to the Southern California coast.

Knowing that education is the path to change, Nancy contacted elementary schools in the area and shared her plan to restore the community’s kelp forests. It would be an impossible task for one person – or even a small group – to replant miles of kelp forest. By involving schools, Nancy could educate children through a practical science programme. Tanks were set up in classrooms and the children cared for tiny kelp plants in their ‘kelp nurseries’. Scientists collected sporophylls from healthy kelp and planted it on small bathroom tiles. The tiles were then nurtured in the classroom by grade school children until they grew to approximately 6mm.

While schoolchildren watched over their kelp nurseries, volunteers from the diving community began the arduous task of relocating thousands of sea urchins. The urchins were removed from the reefs to help the tiny kelp plants flourish. As the nursery-grown kelp matured, they would develop a root system called a “holdfast” that would encompass the tile and surrounding reef. Due to the efforts of these scientists, divers, and school children, over an eight-year period the kelp slowly returned to the Laguna Beach coastline.

The project was succeeding, but beach-goers complained about the piles of stinky kelp washing up on beaches – a typical occurrence in coastal areas with healthy kelp forests. To move the project forward Nancy realised the community needed educating. She started displaying pictures of what local beaches looked like 100 years previously – awash with kelp. Most people remained disinterested, keener for a kelp-free beach than a healthy marine ecosystem.

The problem, Nancy decided, was connection. “Most people are not scuba divers, so it’s difficult to convey the beauty of kelp to those who have not been underwater,” she said. To connect the community with the kelp beds Nancy conceived Kelpfest, an annual fair designed to quickly and concisely convey the importance of local kelp forests.

Unbeknown to this new generation of residents, their New World growth would devastate an ecosystem that had flourished for thousands of years 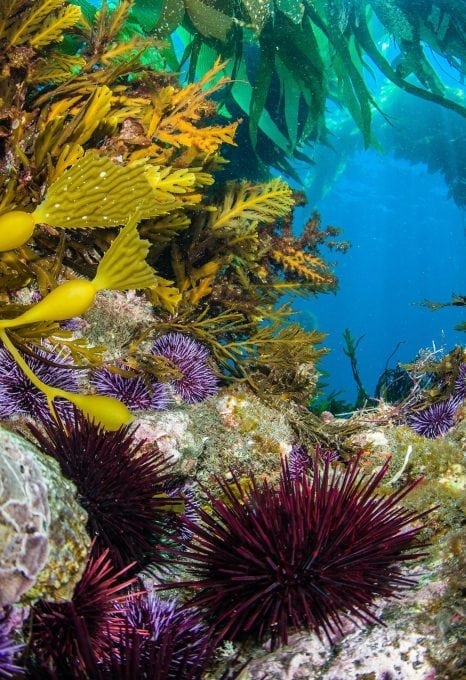 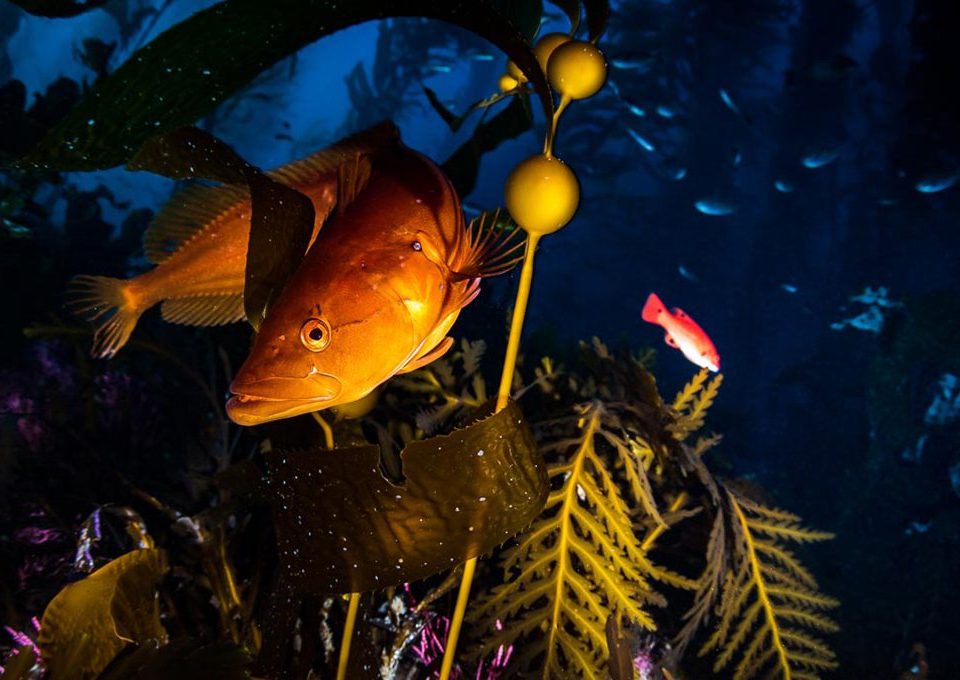 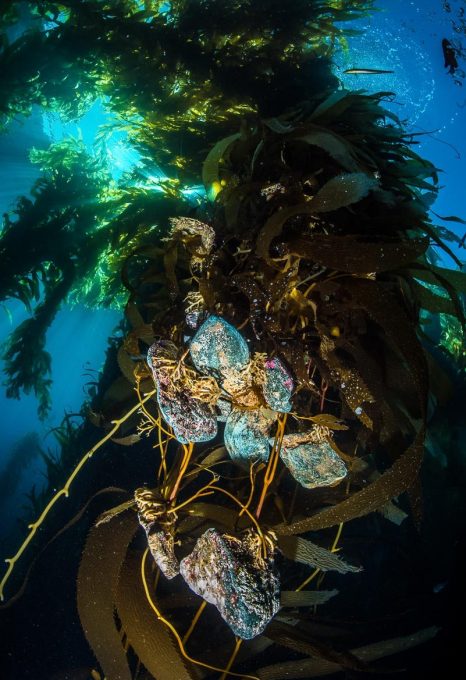 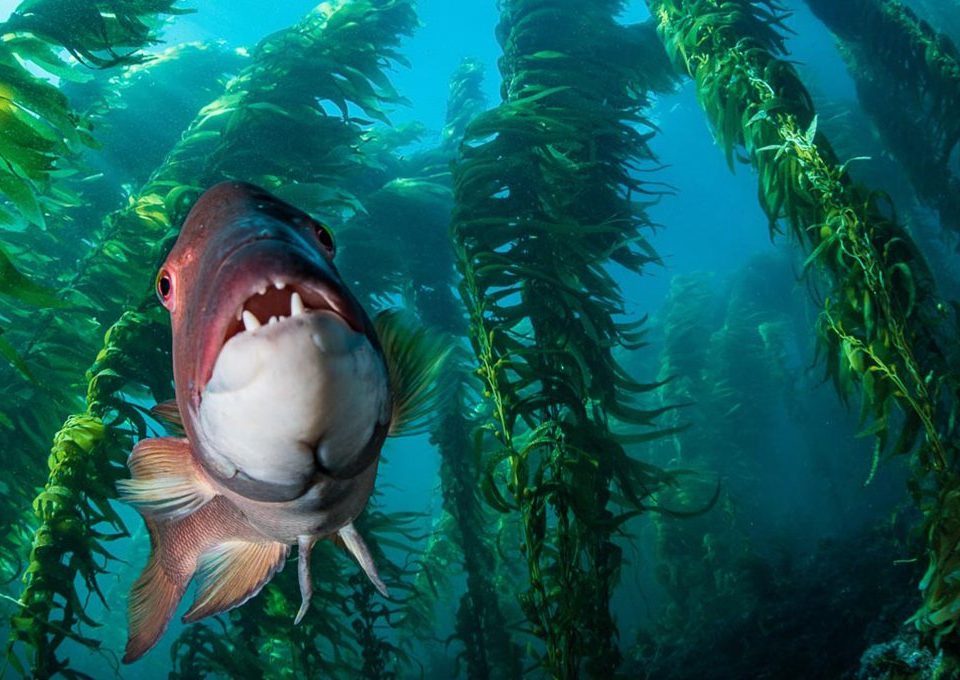 From the 1970s to 2002, as much as 80% of the kelp growing along the Orange County coast was lost. The disaster went largely unnoticed

Kelpfest is a non-profit annual event in the city of Laguna Beach. Vendors include scout troupes who display kelp projects, schools who display work, jewellers and artists who show their designs and ocean art, and many volunteers who run booths or tables devoted to anything from crafts for children to food and entertainment. It has proved a huge success.

To continue her conservation work, Nancy started a non-profit organization called Get Inspired. She believes that the future of scientific discoveries is limited only by our creativity. Her projects include school programs in which students grow white sea bass and green abalone in classrooms. Students learn about the ecology of the kelp forest, the biology and history of abalone in California, water chemistry, and the state of world aquaculture.

“If I could give a message to the world, it would be that restoration and conservation is no longer the job of people ‘out there’ – that is, environmental organisations and scientists,” said Nancy. “It is now the job of every citizen. There is no reason why every person can’t be involved in their own conservation/restoration efforts. Because we each take something from the ocean, we all should be giving something back.”

From the 1970s to 2002, as much as 80% of the kelp growing along the Orange County coast was lost. The disaster went largely unnoticed