“Are you sure those are fishing boats?”

Gloria Pancrazi, co-founder of Coextinction, and I held our breath, waiting. Suddenly, a 12-ton killer whale broke the surface and came crashing down on the water. We tore our gear out of the car and raced towards shore. We learned it was the JPod and among them was J50, or Scarlet, the three-year-old whale whose story had captured the world in earlier in 2018 due to her ailing health and the NOAA efforts in trying to treat her. We continued to watch from shore for about 45 minutes, filming the whales forage. We saw more breaching, tail slapping, and spy hopping. It was the first and last time our film crew saw J50.

Dr. Ken Balcomb, who has been studying the Southern Resident Killer Whales for over 40 years, told us about her birth: “Her mom had trouble passing her and another whale bit the little baby not very hard but just enough to pull it out and left these tooth rakes on her that you can still see.” She began the baby boom; several other whales were born after her following a long run of infertility in the pods. They called her the happiest whale in the world, breaching and playing almost constantly.

Only 72 Southern Resident Killer Whales remain, composed of three pods, J, K and L. These whales have been made famous by films like Free Willy and Blackfish. They spend their lives in close-knit, matriarchal family groups, constantly socialising, vocalising, and foraging for salmon. Mostly Chinook or King, which makes up 85% of their diet. These whales gained international recognition in the summer of 2018 as J35, Tahlequah, carried her dead calf for a record 17 days and over a thousand miles. She captured the media’s attention on what experts called a record-breaking tour of grief.

The Southern Resident Killer Whales are socially complex and emotional in ways far more advanced than humans. But they are starving to death as their main source of prey, Chinook Salmon, are disappearing. According to the EPA, there has been a 60% decline in Chinook population since 1984. But it’s not just food, their population is under the threat of many different issues from toxicity to noise disturbances, many odds have been stacked against them. 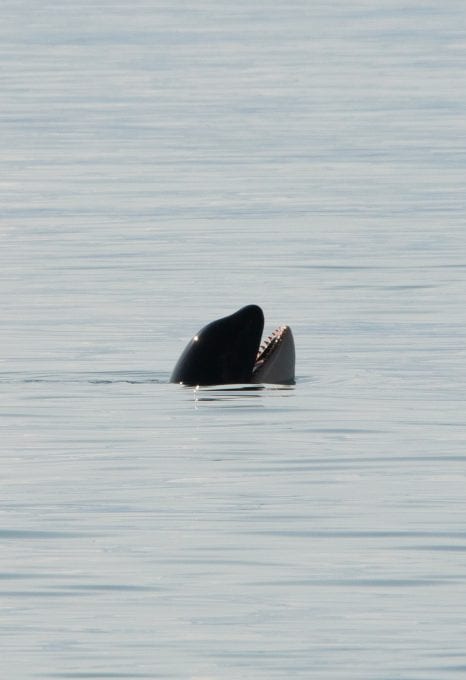 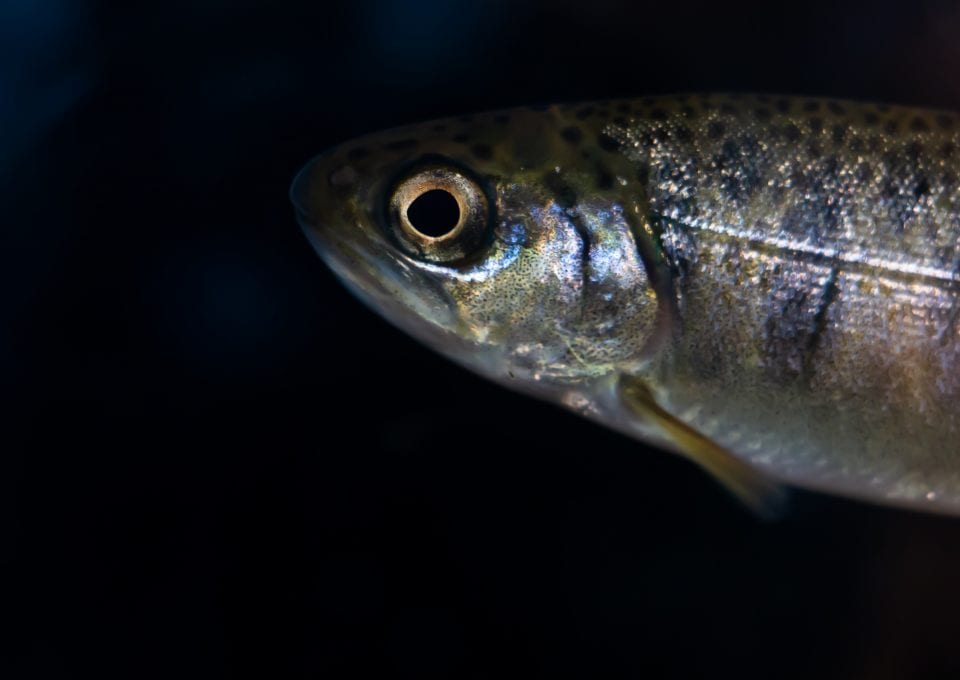 Our young and passionate Coextinction film crew, led by Gloria and Elena Routledge, set out to tell their story, one that is intertwined with an entire ecosystem on the verge of collapse and a relationship with man that goes back thousands of years. I joined the team a month before filming began. I was a recent graduate with a degree in Photojournalism and a minor in Environmental Studies. When I first heard about the project, I reached out on a whim, not thinking I would get any response. But after a few phone calls and meeting the incredible team over Skype, I packed my bags and headed west.

I was familiar with the Southern Resident Killer Whales. The summer before, I was collecting long term data for NOAA on the relationship between vessel disturbance and whale behaviour. Interning for a program called Soundwatch, their mission was to educate boaters, reduce disturbances and vessel incidents in the highly trafficked waters of the Salish Sea. With more than 11,000 cargo ships passing through each year, the world underneath the water is constantly roaring. The realm of the Southern Resident Killer Whales is one composed of sound. They rely on vocalisation to communicate and use echolocation to forage for fish in the dark, evergreen waters of the Salish Sea.

Over the period of three months, we completed over 40 interviews with world renowned scientists, politicians, First Nations leaders, and activists. These whales mean so much to so many different people. And as we spoke with Jay Julius, Chairman of the Lummi Nation, we learned just how interconnected the story of his people and this species were: “They really show us what family is, what love is, what teamwork is, they should you what survival is, they show you what strength is, what respect is, they show you so much. They teach you how to hunt, how to provide, they teach you how to mourn when another is mourning. Help them out, be there with them. So I don’t know why they are called blackfish but I know they’ve taught me a lot. To me, they are qwe lhol mechen (family).”

These orcas are no strangers to population loss and recovery. In the early 1970s, only 66 individuals remained. This was during a time commonly called the capture era, when it was still legal to take orcas from the wild. It was mostly the younger, smaller whales who were removed from the population. Separated from their families and shipped to aquariums all over the world, many died and if they lived it usually wasn’t for long.

The realm of the Southern Resident Killer Whales is one composed of sound. 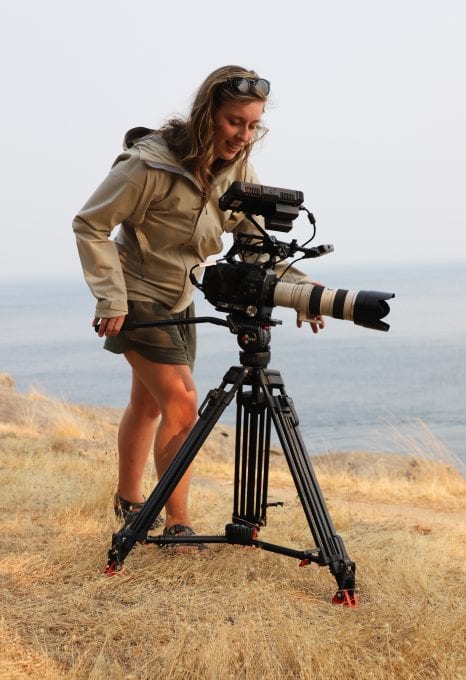 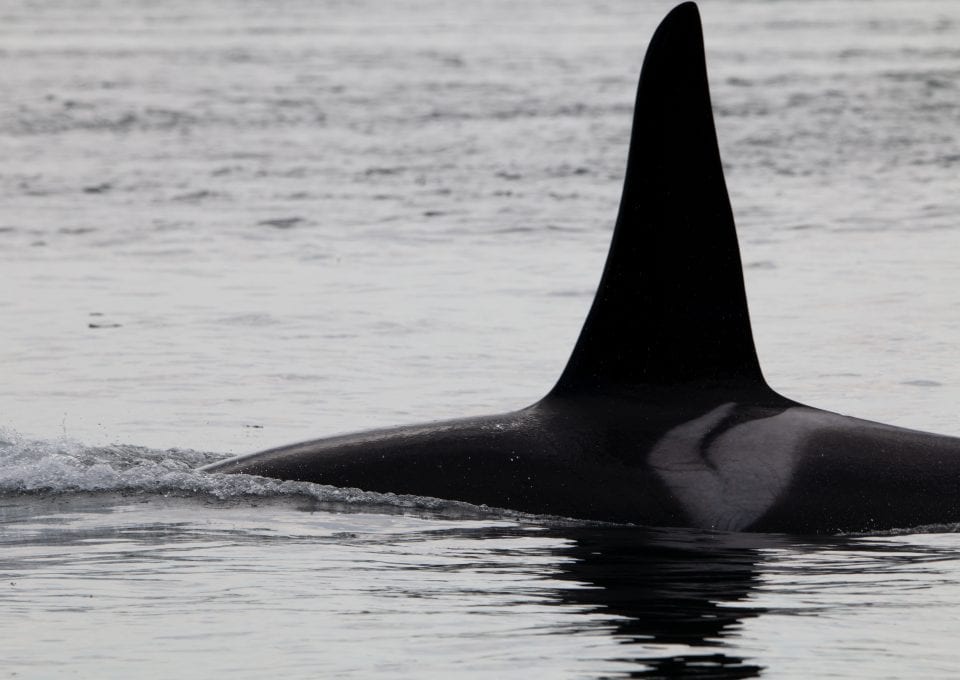 Their decline has been a complex one, with many factors going against them.

Their decline has been a complex one, with many factors going against them. The four lower Snake River dams were built between 1961 and 1974, which cut off a vital run of salmon for the Southern Resident Killer Whales. These dams inhibit salmon from spawning. Salmon are also especially temperature sensitive especially as juveniles, and because of climate change and warmer, stagnant water the dams create, many young salmon die off. These runs used to contain over 16 million salmon but in 2016 there were only 2 million, and those numbers continue to decline.

Much of the Southern Residents’ critical habitat is in waters not far from large cities like Seattle and Vancouver. Water toxicity is a significant threat to their population. Bioaccumulation is a huge concern, and studies have found that their blubber is filled with toxins like DDT, PBCs, and other pollutants such as microplastics. We interviewed Dr. Deborah Giles, a leading Southern Resident Killer Whale expert, who works with her scat sniffing dog, Eba to understand the physiological health of these whales.

“As long as the whales are getting enough to eat, the toxins end up staying locked in their fat.” Giles explained. “The problem happens when they don’t get enough to eat and they start going through these periods of famine, they start metabolising their blubber and it releases the toxins and then that toxins circulate through the system.”

It has also effected their ability to reproduce. Around 75% of pregnancies fail in this community. We know this because of minimally invasive photogrammetry studies using drones as well as faecal samples that Giles and her team analyse and collect. Mothers offload their toxins onto their young while in the womb and as they grow and through their milk once the calf is born, causing the survival rate of calves to hover around a 45% survival rate. As we filmed we followed J50 closely. She was beginning to show signs of peanut head, an indent below the skull, a visible sign of starvation. You could count her ribs. We held our breath, hoping she would not become part of the 45% statistic. NOAA attempted to treat her with antibiotics to help recover her immune system and the Lummi Nation attempted to feed her live salmon, but it was never confirmed to be successful. As we filmed for the next three months, experts were shocked she held on as long as she did. And as our crew sat in a coffee shop in Victoria, BC on one of our final days of filming in September 2018, we received the call we’d been dreading. We huddled together and mourned the loss of this beloved orca.

J50 has always been a symbol of hope, a fighter since the moment she was born. Her dorsal fin is immortalised in our logo because we wanted to not only honour her memory but embody her resilient spirit. Coextinction goes back to the idea of how very connected this ecosystem is. It is unfortunately common phenomena in nature, when one species disappears, others connected to them follow. While filming we realised just how deeply the orcas were intertwined with their ecosystem, especially the salmon. Salmon are truly the lifeblood of this coastline, from orcas, pinnipeds, to humans, to even trees, the DNA in salmon can be found in almost every form of life in the Salish Sea.

But there is still hope for others Southern Resident Killer Whales, like J50 and the rest of her pod. With two healthy calves born last year and so many individuals working tirelessly to implement policy change and bring awareness to the threats these orcas face. We finished our second period of filming in October 2018 and our documentary is currently in post production. We continue to work to save these whales and this ecosystem everyday. We fight by organising beach clean-ups, speaking events, running campaigns, and our largest event yet, a 22-day and 236 mile march from Portland, Oregon to the Ice Harbour Lock and Dam, one of four dams that kill eight million salmon every year.

Breaching the dams would be one of the most efficient ways to bring orcas more salmon. We can change laws about boats and emissions and other threats towards their population but at the end of the day, if there is not enough salmon these orcas will continue to starve. We must put pressure on lawmakers to breach these dams but writing to the US Army Corp of Engineers, calling local representatives or joining in with the march. We must vote with our voices and vote with our dollars for change to protect these extraordinary whales.

Photograph of Tori by Gloria Pancrazi.

To learn more about what you can do to help, click here.

Their decline has been a complex one, with many factors going against them.