In 2016, researchers have found the remains of both ancient and seemingly ‘fresh’ remains of Adélie penguin colonies at Cape Irizar, a rocky cape located just south of the Drygalski Ice Tongue on the Scott Coast, Ross Sea.

However, recently published analysis indicates at least three occupation periods of the cape by breeding penguins, with the last one ending approximately 800 years ago. When that occupation ended, either due to increasing snow cover or other factors, the ‘fresh’ remains on the surface were covered in snow and ice and preserved intact until recent exposure from snowmelt. 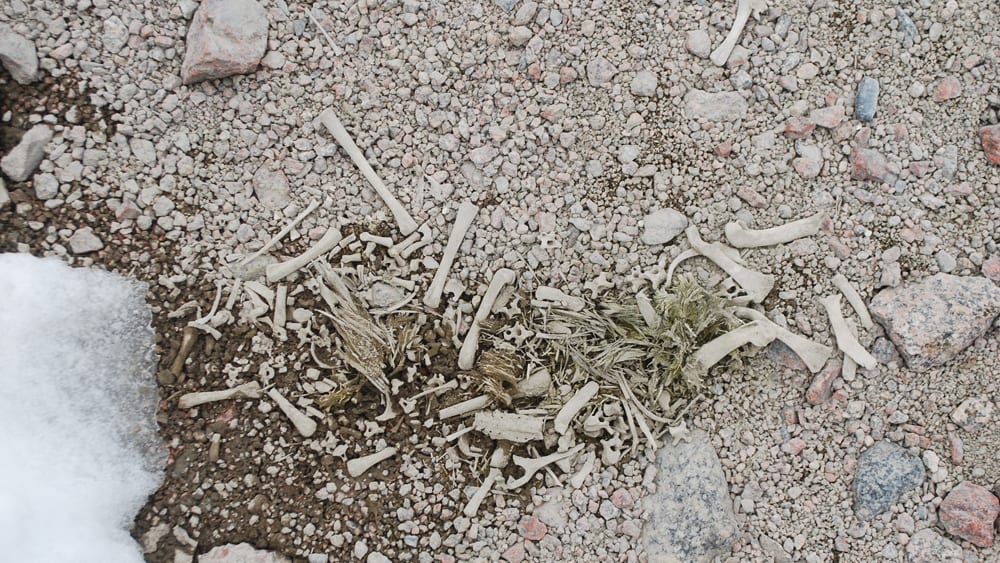 The results of the analysis indicated that the ‘fresh’ remains were actually ancient and that three periods of occupation by Adélie penguins are represented beginning ca. 5000 calibrated calendar years B.P. (Before Present). The presence of seemingly fresh remains on the surface that are actually ancient in age suggests that snowmelt exposed previously frozen carcasses and other remains for the first time in ~800 years fairly recently,  allowing them to decay and appear fresh.

“We excavated into three of these mounds, using methods similar to archaeologists, to recover preserved tissues of penguin bone, feather, and eggshell, as well as hard parts of prey from the guano (fish bones, otoliths),” said researcher Steven Emslie. “The soil was very dry and dusty, just as I’ve found at other very old sites I’ve worked on in the Ross Sea, and also had abundant penguin remains in them. Overall, our sampling recovered a mixture of old and what appeared to be recent penguin remains implying multiple periods of occupation and abandonment of this cape over thousands of years. In all the years I have been doing this research in Antarctica, I’ve never seen a site quite like this.”

Emslie found abundant penguin chick bones scattered on the surface, along with guano stains, implying recent use of the site, which was initially puzzling because there are no records of an active penguin colony at this site since the first known explorers (Robert Falcon Scott) in 1901–1903 came to the Ross Sea. Some of the remains discovered included complete chick carcasses with feathers, now falling apart from decay, as well as intact mummies. Emslie and his team collected some of these surface remains for further analysis and radiocarbon dating. 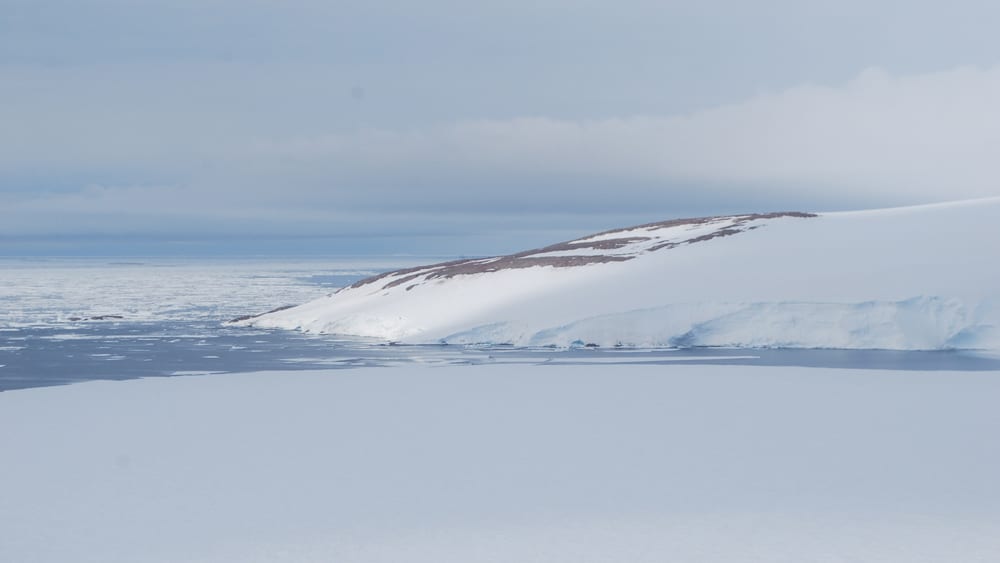 Global warming has increased the annual temperature in the Ross Sea by 1.5–2.0 °C since the 1980s, and satellite imagery throughout the past ten years captures the cape gradually emerging from under the snow.

“This recent snowmelt revealing long-preserved remains that were frozen and buried until now is the best explanation for the jumble of penguin remains of different ages that we found there,” added Emslie.

The Ross Sea is one of the most productive marine ecosystems in the Southern Ocean and supports nearly one million breeding pairs of Adélie penguinseach year. There also is a well-preserved record of abandoned penguin colonies that date from before the Last Glacial Maximum. Cape Irizar is a rocky cape located just south of the Drygalski Ice Tongue on the Scott Coast.