The Beaufort Gyre, a major ocean current in the Arctic, is faster and more turbulent as a result of rapid sea ice melt, according to a new study from NASA that has analysed 12 years of satellite data.

The current is part of a delicate Arctic environment that is now flooded with fresh water, an effect of human-caused climate change. NASA scientists have measured how the Beaufort Gyre has balanced the influx of fresh water, which could alter the currents in the Atlantic Ocean. 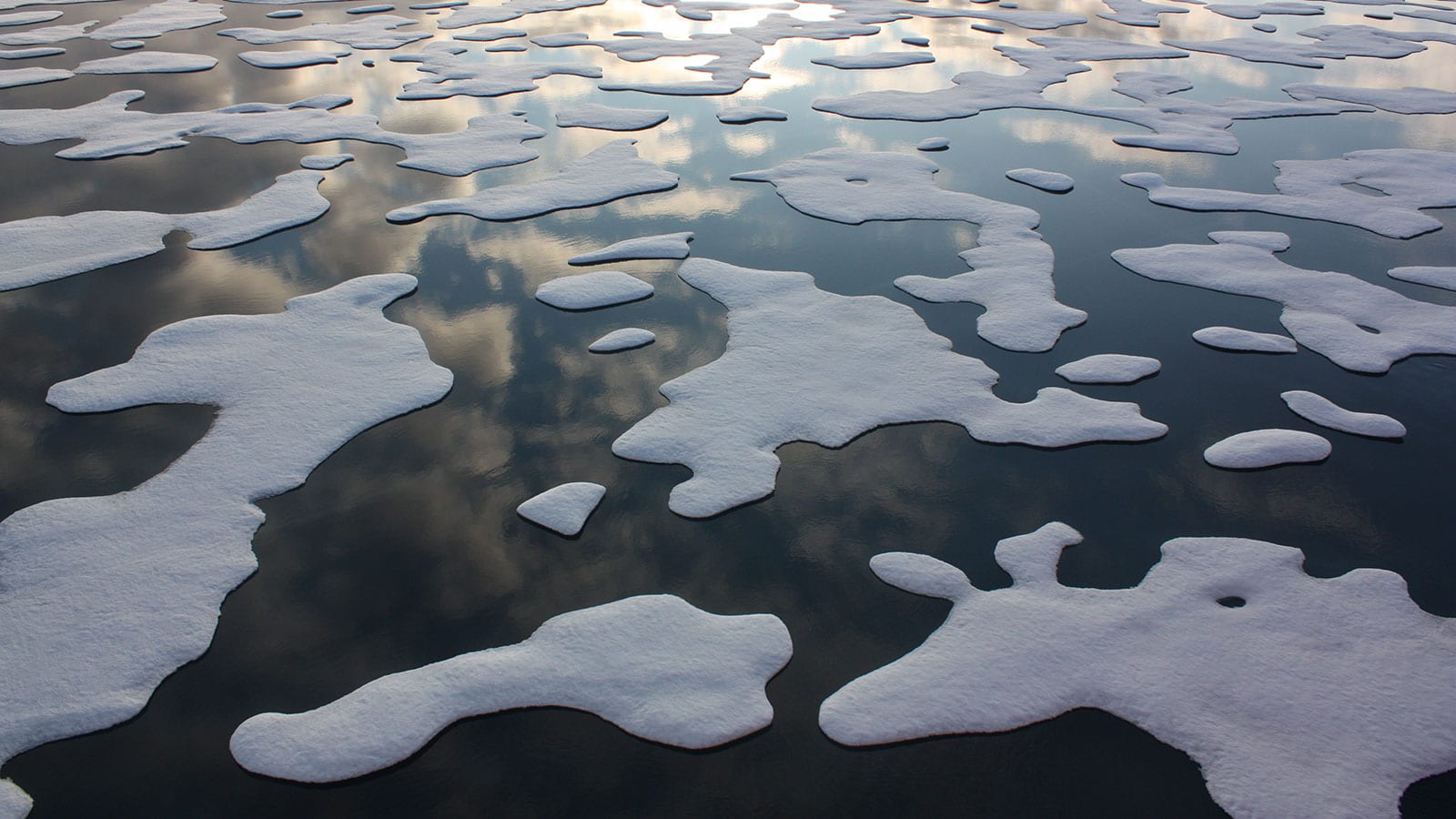 “If the Beaufort Gyre were to release the excess fresh water into the Atlantic Ocean, it could potentially slow down its circulation,” said Tom Armitage, lead author of the study and polar scientist at NASA’s Jet Propulsion Laboratory. “That would have hemisphere-wide implications for the climate, especially in Western Europe.”

The Beaufort Gyre stores fresh water near the surface of the ocean and so keeps the polar environment in equilibrium. Wind blows the gyre in a clockwise direction around the western Arctic Ocean, north of Canada and Alaska, where it naturally collects fresh water from glacial melt, precipitation and river runoff. The fresh water is important in the Arctic because it floats above warmer salt water and protects the sea ice from melting, which helps to regulate the Earth’s climate. The gyre then slowly releases this fresh water into the Atlantic Ocean over decades, allowing the Atlantic Ocean currents to carry it away in small amounts.

The study has revealed that the 8,000 cubic kilometre gain in fresh water in the Beaufort Gyre since the 1990s is due to the loss of sea ice in summer and autumn. The Arctic’s summer sea ice cover has been decline throughout recent decades and has left it more exposed to wind, which spins the gyre faster and traps the fresh water in its current.

Persistent westerly winds have also dragged the current in one direction for more than 20 years, increasing the speed and size of the clockwise current. This prevents the fresh water from leaving the Arctic Ocean. This decades-long western wind is unusual for the region, where previously, the winds changed direction every five to seven years. The team are worried that if the wind direction were to change, the current would be reversed and pulled anticlockwise. This would release the fresh water it has accumulated all in one go.

This current, the Atlantic Meridional Overturning Circulation, helps to regulate the planet’s climate by carrying heat from the tropically-warmed water to northern latitudes like Europe and North America. If slowed enough, it could negatively impact marine life and the communities that depend it.

“We don’t expect a shutting down of the Gulf Stream, but we do expect impacts. That’s why we’re monitoring the Beaufort Gyre so closely,” said Alek Petty, a co-author on the paper and polar scientist at NASA’s Goddard Space Flight Centre. “What this study is showing is that the loss of sea ice has really important impacts on our climate system that we’re only just discovering.”