Larval fish are eating microplastics in the Pacific Ocean

A study has found that plastic pieces outnumber larval fish numbers by seven to one in nursery waters off Hawaii. While the evidence that ocean plastic is being ingested by marine life is growing, the health implications are unclear.

The larval fish studied, which span a range of different species from different ocean habitats, are surrounded by and ingesting ocean plastic in their preferred nursery habitat. Many fish spend their first days or weeks feeding and developing at preferred spots of the ocean surface. Little is known about the ocean processes that affect the survival of larval fish.

“The North Pacific Garbage Patch is known as one of the most plastic-polluted marine waters on earth. It is deeply concerning that concentrations in these hotspots in Hawai‘i exceed those in the Garbage Patch,” said Dr. Jennifer Lynch, research biologist with the National Institute of Standards and Technology and co-director of the Hawai’i Pacific University (HPU) Centre for Marine Debris Research. 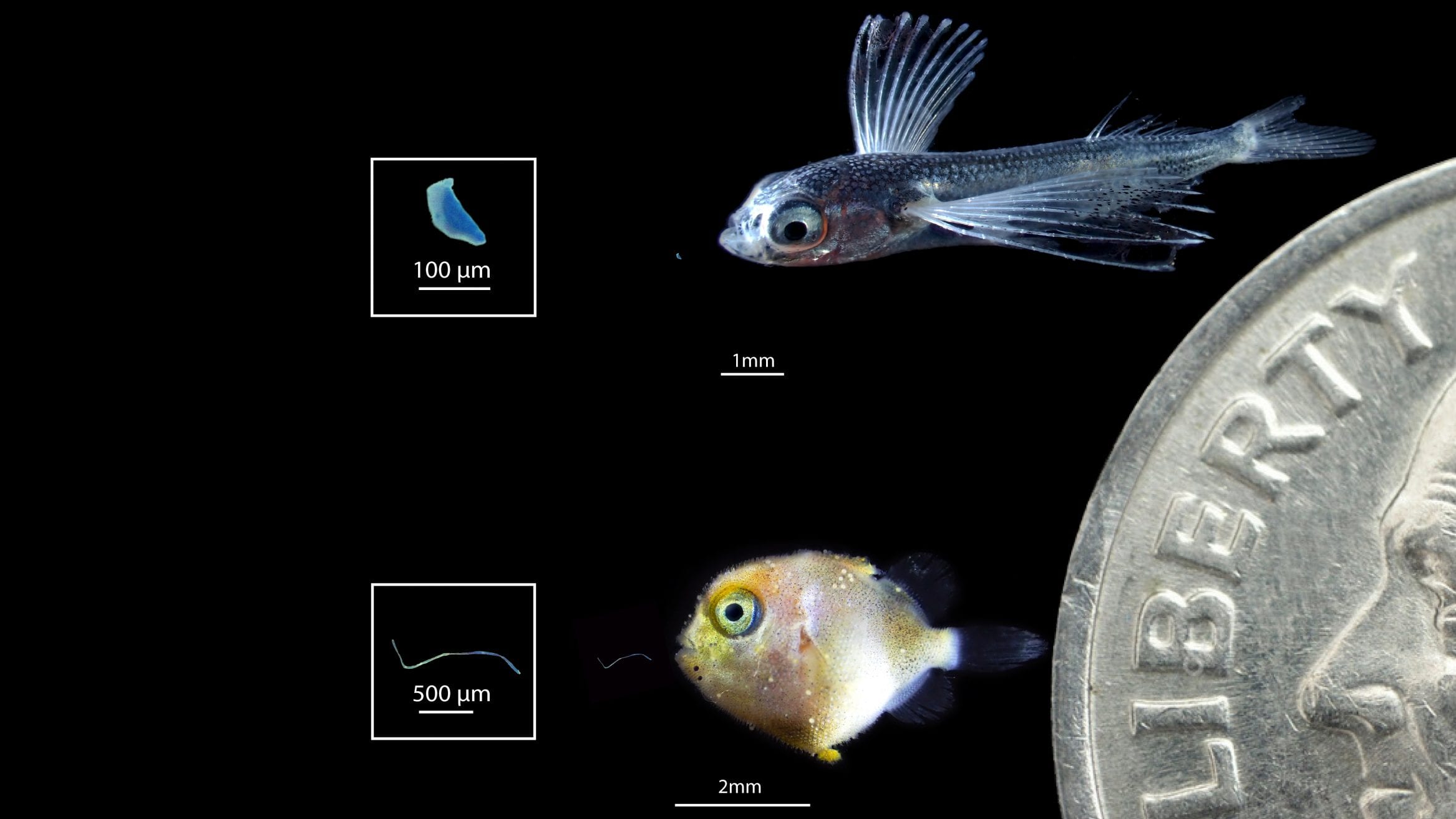 Within the slicks – small convergence zones that look like strips of smooth water – ocean plastic particles outnumbered larval fish seven to one. The concentration of plastic per square kilometre in the surface water slicks off of West Hawai‘i was eight times greater than in the North Pacific Garbage Patch.

“We found that surface slicks contained larval fish from a wide range of ocean habitats, from shallow-water coral reefs to the open ocean and down into the deep sea—at no other point during their lives do these fish share an ocean habitat in this way,” said Dr. Jonathan Whitney, a marine ecologist for NOAA and co-lead of the study. “Slick nurseries also concentrate lots of planktonic prey, and thereby provide an oasis of food that is critical for larval fish development and survival.”

“These findings are important because they highlight how complex gradients in plankton and larval fish abundance can occur across what is often assumed to be a featureless ocean surface habitat,” said Dr. Gareth Williams, associate professor in Marine Biology at Bangor University’s School of Ocean Sciences (UK) and a senior author of the study. 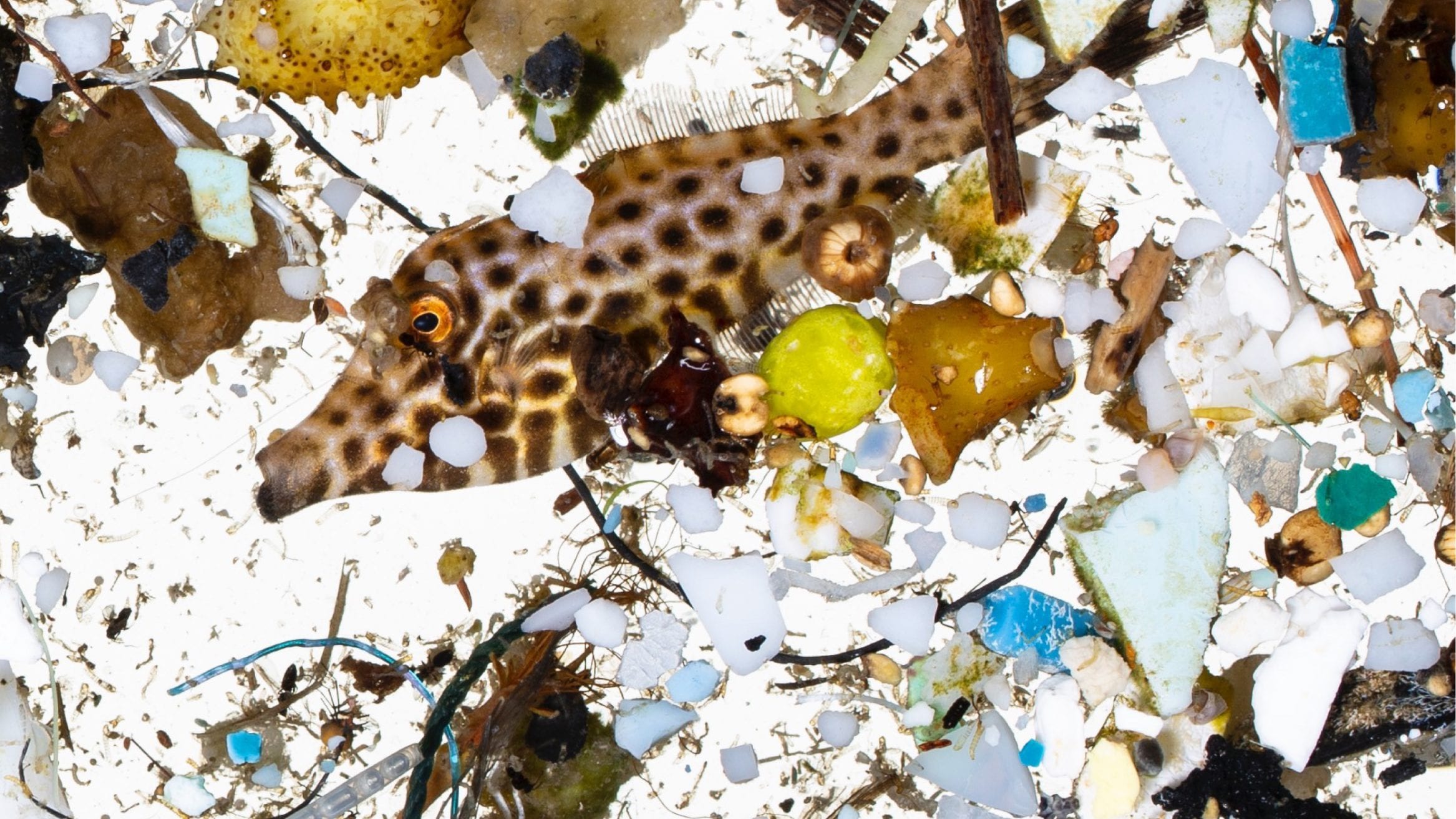 Tiny plastic pieces were discovered in the stomachs of commercially targeted pelagic species, including swordfish and mahi-mahi, as well as in coral reef species like triggerfish. Scientists found that the chemical composition of the fibres were man-made. Some were polyester, nylon, or rayon, and most were dyed cellulose, which could have come from cotton fabrics.

“Larval fish are foundational for ecosystem function and represent the future cohorts of adult fish populations. It is alarming that larval fish are surrounded by and ingesting non-nutritious toxin-laden plastics at their most vulnerable life-history stage when nutrition is vital for survival,” said Dr. Jamison Gove, a research oceanographer for NOAA and co-lead of the study. “Biodiversity and fisheries production are currently threatened by a variety of human-induced stressors such as climate change, habitat loss, and overfishing. Unfortunately, our research suggests we can likely now add plastic ingestion by larval fish to that list of threats.”

Photography by Jonathan Whitney of NOAA Fisheries and David Liittschwager.