Biologists from the Alfred Wegener Institute, Helmholtz Centre for Polar and Marine Research (AWI) have reported that between 1988 and 2014, total benthic biomass on the continental shelf of the northeast Weddell Sea declined by two thirds.

Additionally, they found that the composition of the benthos has changed drastically, and as a result, the ecosystem’s productivity suffered. This period coincides with a significant increase in sea ice cover in the region, a trend that peaked in 2014.

“Exploring the benthic reaction is extremely important since carbon storage in the benthos represents an important feedback for the climate system,” says the study’s first author, Santiago Pineda-Metz, of the Universidad de Magallanes. 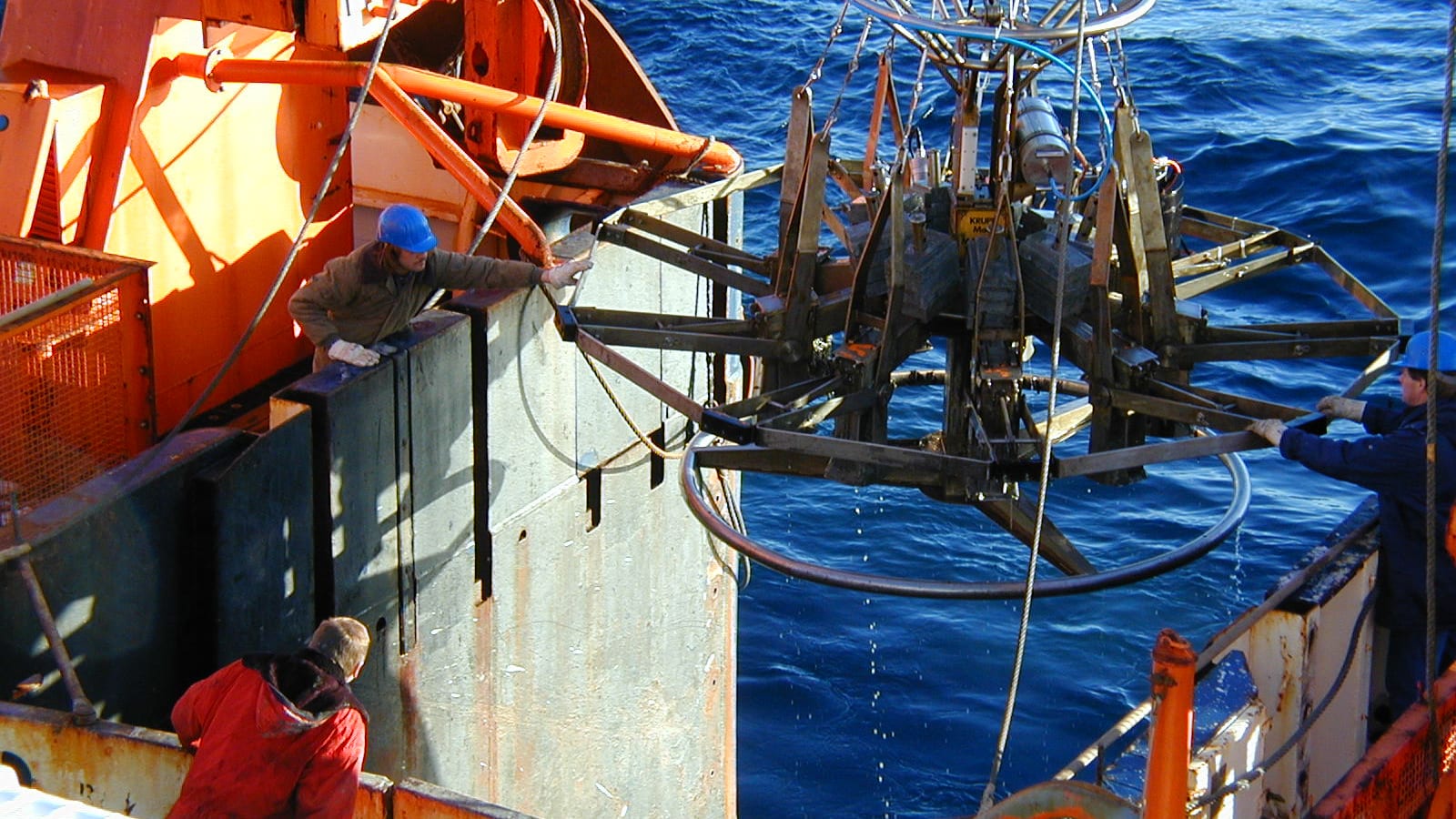 A unique variety of benthic fauna reigns in Antarctica, with an extraordinarily diverse range of species, and many groups of organisms that are rarely if ever found in other marine regions. Sponges and soft corals, which normally have to hide in the sediment to avoid predators, spread out across the ocean floor and grow in denser clumps, having adapted to the cold and food scarcity on the Antarctic continental shelf.

The AWI biologists have found that, over 26 years, benthic biomass on the continental shelf of the Antarctic Weddell Sea declined steadily. The team began their work in the late 1980s, collecting samples from the seafloor when the research icebreaker Polarstern first visited the region. Between 1988 and 2014 an enormous multibox corer, developed by one of the study’s co-authors Dieter Gerdes, was deployed 59 times in the Kapp Norvegia/Auståsen research area to collect samples. In the course of eight Polarstern expeditions, the experts gathered more than 300 seafloor samples, sifted through 45 metric tons of sediment, and sorted and counted tens of thousands of marine organisms. 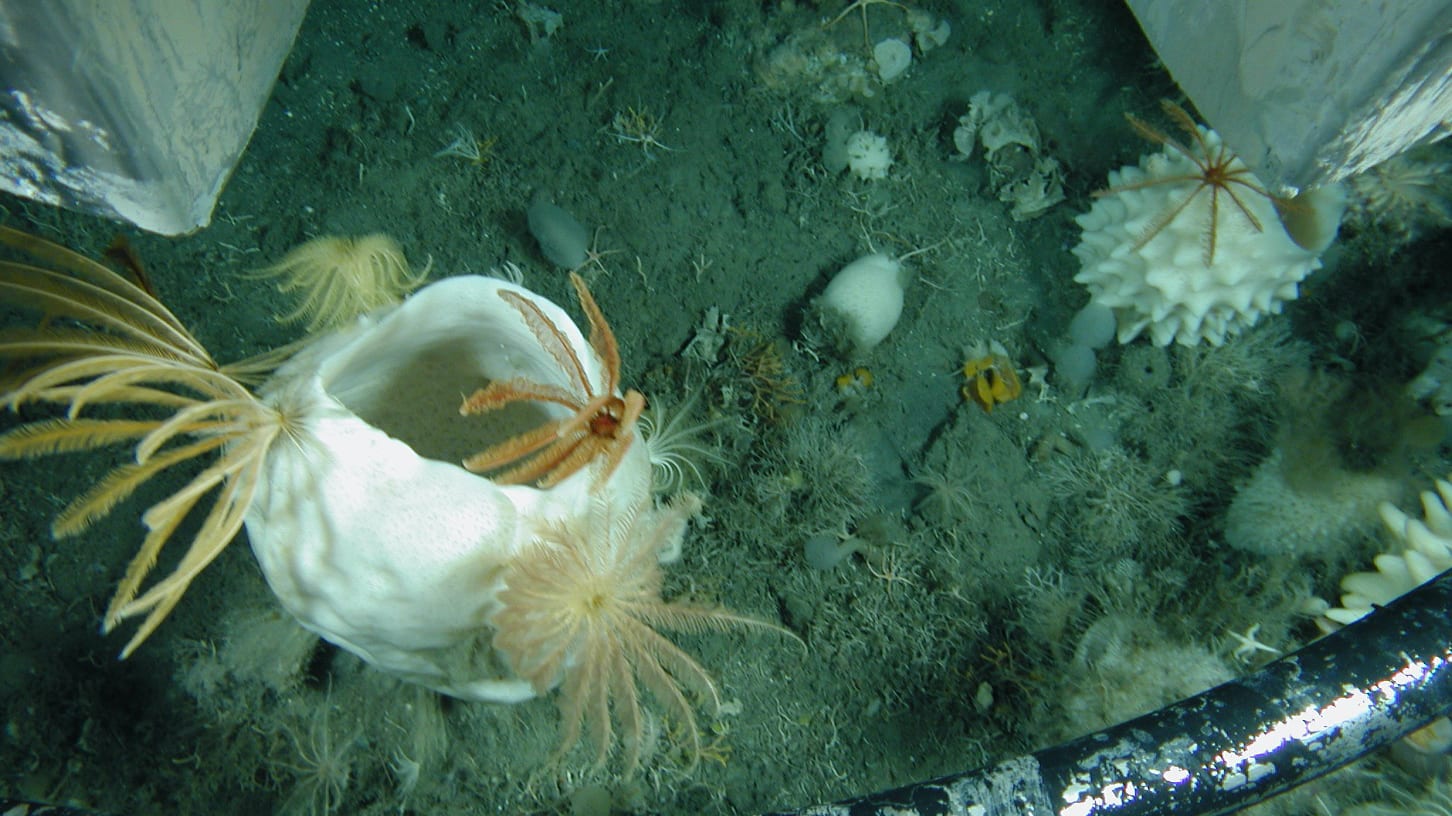 Through their work, the team discovered that even though icebergs adversely affect productivity, there were no major changes in their abundance during the research period. In contrast, the increased sea ice cover and thicker snow cover produced concrete negative effects.

“We had always suspected that the sea ice might be the key,” said Richter. “The Antarctic is quite different from the Arctic: in the Arctic, the sea ice is disappearing. But in the vast majority of the Antarctic, until recently the sea ice was growing. More snow-covered ice floes means: less light to support the growth of tiny algae (phytoplankton) at the water’s surface, and less dead phytoplankton that drifts down to the bottom. In this ‘whitening Antarctic’, benthic organisms can sometimes go hungry.”

The co-authors of the study managed to confirm a substantial loss in both the frequency and biomass of Antarctic benthos in the research area. Additionally, they determined that there was a shift in the community, from suspension feeders to deposit feeders. However, in 2014 they stopped gathering data. That year was also a potential turning point for the Antarctic sea ice cover, which has since dropped from its all-time maximum back then to roughly the same levels as in the 1980s. The AWI team is currently preparing for an expedition in early 2021, where they will investigate whether sea ice retreat has reversed the above-mentioned effects on the benthos.

Richter added: “Our study also shows how important long-term ecological monitoring is when it comes to a region that is vulnerable to rising temperatures.”