The Bering Strait is a vital migration route for numerous marine species. Scientists examining levels of ocean noise in the area have confirmed that the presence of sea ice plays a central role in the soundscape of these Arctic waters.

Arctic species such as bowhead whales, belugas, walrus, bearded seals and ribbon seals are seasonally present in and travel through the waters around St. Lawrence Island and the Bering Strait.

The team found that the increasing periods of open, ice-free water in the Arctic correlate with an increase of non-biological ambient noises, both from surface waves driven by wind and an increase in vessel traffic. 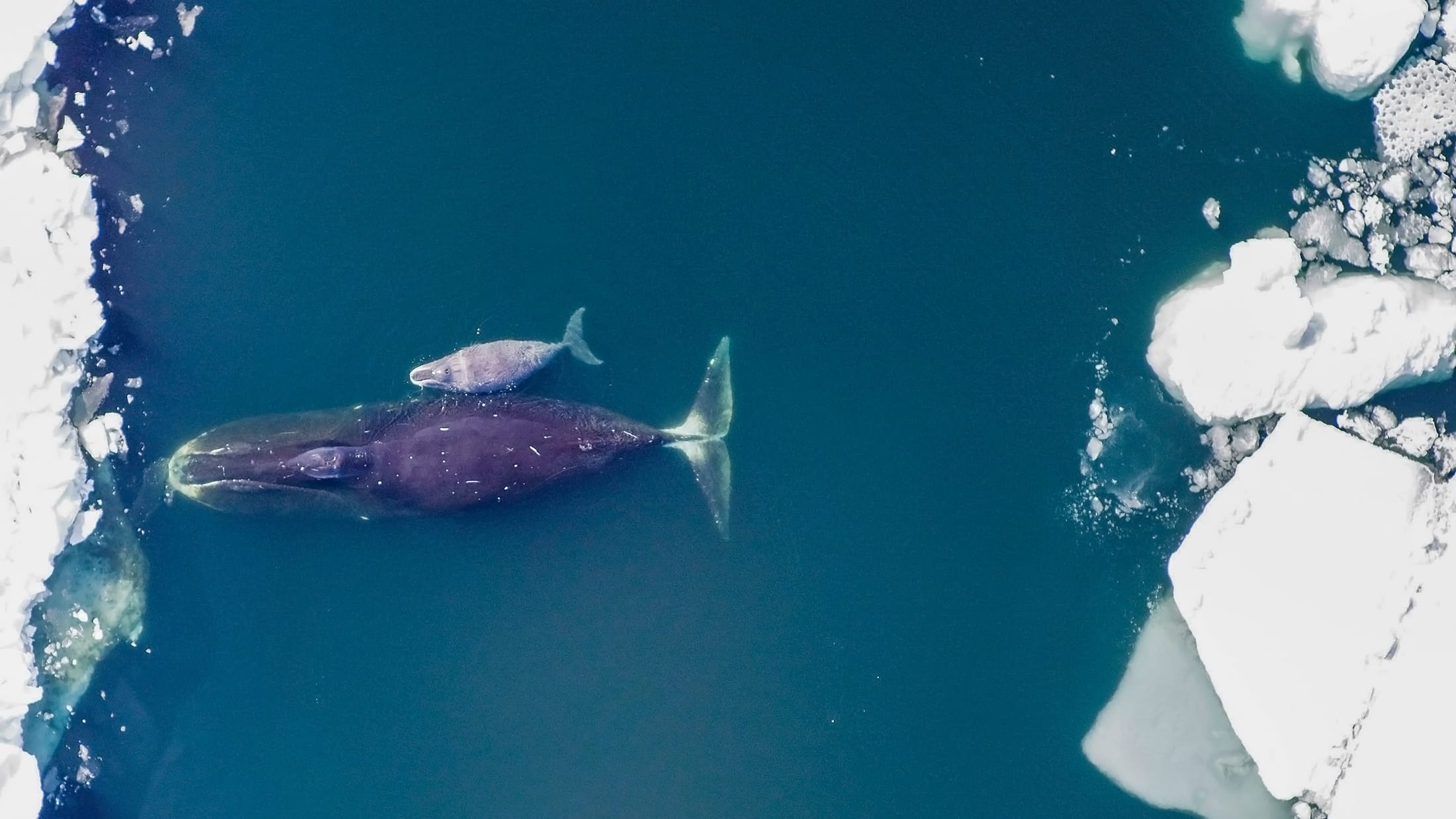 “The study examines one of the world’s most important migratory corridors for marine mammals that is currently undergoing significant changes due to a warming climate,” said lead author Brandon Southall of Southall Environmental Associates, Inc (SEA Inc). “The timing and intensity of seasonal presence of sea ice are strongly linked to ambient noise in this important region, a connection that has major implications for protected marine mammal populations that depend on these habitats.”

The research team, made up of scientists from SEA Inc., Wildlife Conservation Society (WCS) and others, deployed 14 archival acoustic recorders at nine sites around the coast of St. Lawrence and in the Bering Strait region. The recorders captured ambient noise from both biological and anthropogenic sources. Between 2014 and 2017, the recorders captured more than 3,000 hours of ambient noise data, including during winter periods under ice. The samples were statistically analysed to figure out trends within the context of season, time of day, and sea ice conditions and concentrations.

Vocalisations from marine mammal species were recorded according to seasonal presence. For example, bowhead whales and their vocalisations were most prevalent in December, while bearded seals were mostly heard in May. The presence and sound levels of ships were also recorded and cross-referenced with known AIS (Automatic Identification System) positions.

The ambient noise levels varied across sites, with low frequency noise at similar frequencies to many marine mammal vocalisations being most prevalent in open sea conditions. But for the most part, it was the presence or absence of sea ice that drove the occurrence of low and high frequency sounds and their sources.

“The changing conditions and potential levels of noise in this essential Arctic passageway are of great concern for marine mammals,” said Dr. Howard Rosenbaum, study co-author and Director of WCS’s Ocean Giants Program. “Research on both biological and physical noise sources as part of a larger conservation strategy are clearly important in the years to come. Our collective efforts with Alaska Native communities and with regulatory agencies responsible for shipping-related impacts to marine mammals in these areas can factor in noise and marine mammal seasonal patterns for minimising the impacts to these iconic Arctic species and their important habitats.”

For information regarding authors and to read the full study, “Seasonal trends in underwater ambient noise near St. Lawrence Island and the Bering Strait”, click here.