An international team of scientists has reported that some South Georgia whale populations may be close to full recovery while others show promising signs of a comeback, thanks to 30 years of protection.

These findings are the results of three expeditions investigating the recovery of whales a century after they were heavily exploited. The team sighted 55 blue whales during the 2019/20 research expedition to South Georgia. 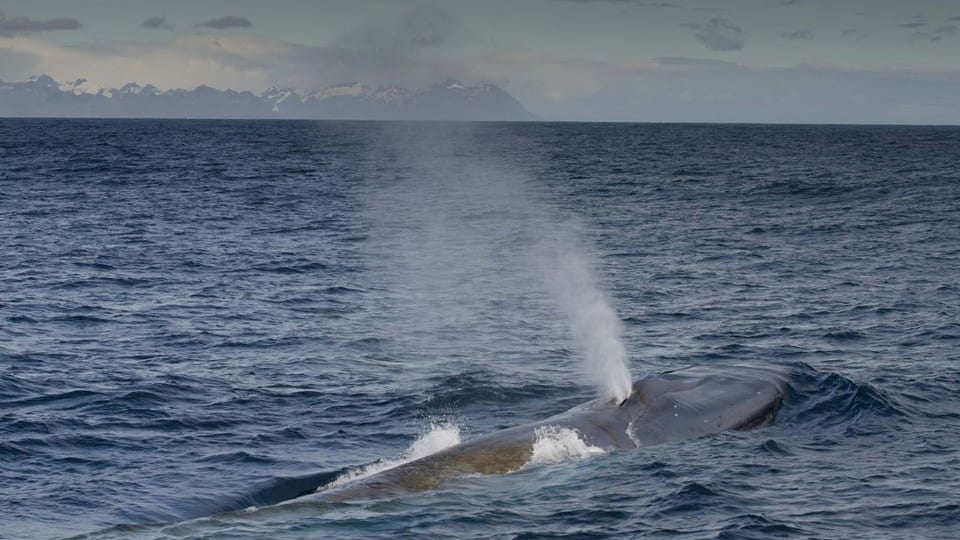 “After three years of surveys, we are thrilled to see so many whales visiting South Georgia to feed again,” said Dr Jackson. “This is a place where both whaling and sealing were carried out extensively. It is clear that protection from whaling has worked, with humpback whales now seen at densities similar to those a century earlier, when whaling first began at South Georgia.”

Surveying humpback, blue and southern right whales, the researchers report humpbacks are now a common sight in coastal waters at South Georgia with 790 reported during 21 days of surveying this season. A preliminary estimate suggests more than 20,000 humpbacks are now feeding there in the summer months before migrating to colder waters in the sub-Antarctic to breed.

The critically endangered blue whale was sighted just once during the first year of the survey, in 2018. This year blue whales were sighted or acoustically recorded 55 times. For such a rare species, this is an unprecedented number of sightings.

“South Georgia has a similar latitude to New Zealand’s own sub-Antarctic islands and as with our own populations of southern right whale near the sub-Antarctic Auckland Islands, we knew populations were increasing but these latest results are fantastic,” said Dr Carroll. “It’s also particularly significant because whales were slaughtered in their tens of thousands at South Georgia and to see them return in such numbers is just an absolute thrill.”

South Georgia is a key summer feeding ground for a number of whale species, but the whaling industry on the island nearly pushed them to extinction, killing more than 176,000 in sixty years.

“Continued protection and monitoring is required to see if this unprecedented number of blue whales sightings is a long-term trend, as we see in humpbacks,” Dr Jackson added. “What is clear is that protection from whaling has worked with densities of humpbacks in particular similar to those of a century ago and we are thrilled to see them at South Georgia again.”