Two whale conservation organisations, Projeto Baleia Jubarte and the Great Whale Conservancy (GWC), have released an estimate of $82 billion (USD) for the economic value of Brazil’s population of great whales.

In December 2019 the group of collaborating economists released a paper stating that the value of all great whales worldwide is approximately one trillion US dollars. 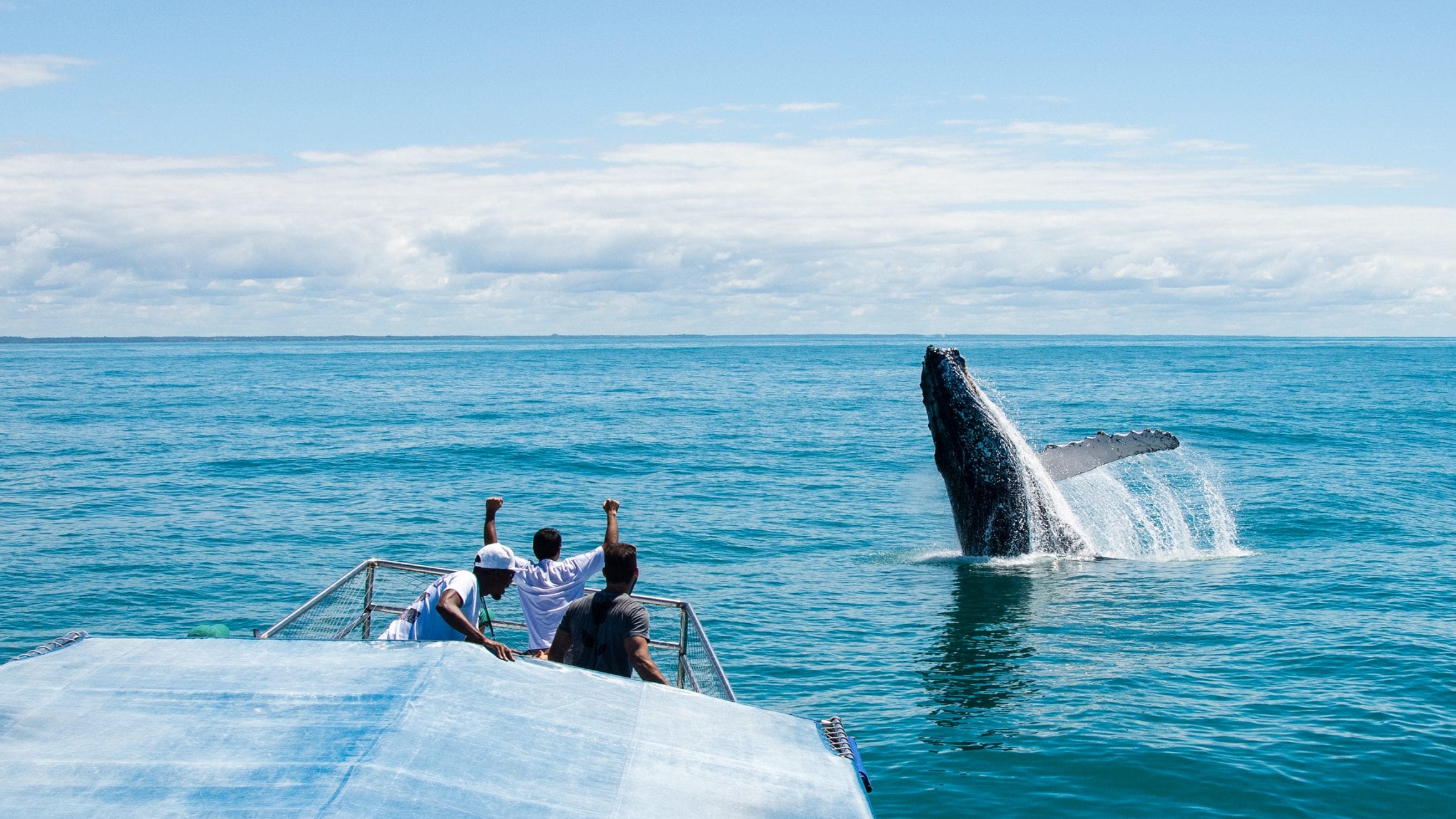 “There was a time when a whale’s worth was calculated according to the number of oil barrels an animal could yield when killed,” said Eduardo Camargo of Projeto Baleia Jubarte. “Millions of large whales were slaughtered and their oils used for street lighting, lubricants, and part of the cement with which the great colonial churches and public buildings of the 18th and 19th centuries still standing in places like Salvador de Bahia, in Northeastern Brazil, were built. All the fleeting wealth generated by whaling over centuries, however, pales in comparison with the value a living whale has in our time of climate emergency, and the need to restore balance in ocean ecosystems in order to create and maintain jobs and income.”

Humpback whales have almost recovered in Brazil to the pre-whaling populations, since they were protected in 1987. They now have been found to regularly calve during winter and spring along the coast from São Paulo to Salvador.

Researchers from Projeto Baleia Jubarte (Brazilian Humpback Whale Project) had learnt of the International Monetary Fund (IMF) assessment of the global worth of great whales, which estimated a worth of more than US$ 1 trillion, through carbon sequestration, ocean fertilisation and tourism. The team, in collaboration with the GWC, decided produce an estimate how much the eight great whale species found in Brazilian waters are currently worth. These species include humpbacks, right, sei, blue, sperm, brydes, minke and fin whales. 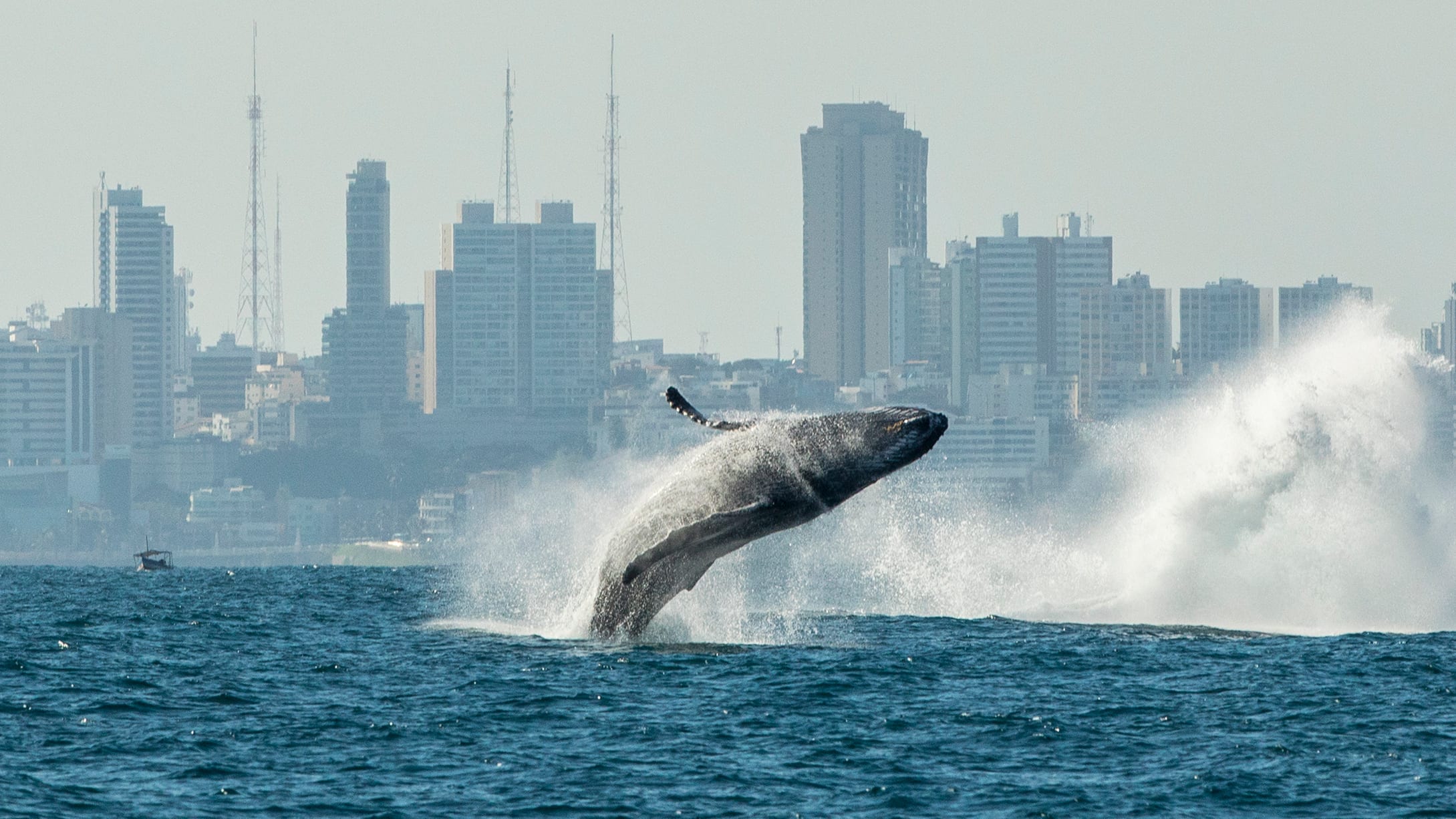 “The fact that a large amount of this value is related to the whales’ contribution to store and cycle carbon in the ocean can be a true game changer for how Brazil sees its own role in the global effort to restore ocean balance and mitigate climate change,” added Camargo. “The recovery of whale populations off Brazil happened as a result of long-term public policies developed in collaboration between civil society, successive governments and other countries in the region. Besides showcasing its results, both environmental and economic, to the world, we should be able to draw lessons relevant to tackling other climate-related challenges in Brazil and elsewhere.”

The team first estimated the remaining number of great whales off Brazil from existing studies and data on the shares of each species in the global whale population. Then they calculated the values of the services produced by whales based on the latest scientific and economic research. Because whale populations are expected to eventually return to their former pre-whaling size, the services are projected to grow and reach higher permanent values. They then converted the values of the decades of services produced by current and future generations of whales into a single sum that represents the value, in today’s dollars, of the whales alive today.

The Projeto Baleia Jubarte and its partners are looking to produce a research paper on the valuation of great whales and other natural resources, and bring these results to the attention of environmental and economic authorities in Brazil. Their hope is that the country will start to pay more attention to its blue carbon when developing policy and negotiating climate and ocean conservation matters in the global arena.