More than 200,000 salmon have died at a fish farm belonging to Cermaq, a company owned by Mitsubishi that produces farmed Atlantic salmon in Clayoquot Sound. The mass die-off has spread to four other farms in the area.

On November 15th, Cermaq announced a minor mortality event that was due to a supposed algal bloom, after members of activist group Clayoquot Action reported numerous trucks  leaving the Cermaq facilities at night carrying dead fish.

Clayquot Action stated that the discoloured effluent streaming from the pens is due to the fact that the dead fish are rotting, so the decaying fat and flesh is starting to flow out of the open net pens and into the inlet. Cermaq has disputed this, stating that it’s due to a combination of factors, including sea foam, decaying algae and land runoff.

“At the rate Cermaq’s staff are working, the die-off is likely in the hundreds of thousands of fish across multiple farm sites, possibly a million fish, it appears the die-off is being downplayed by the company and the magnitude of the emergency has not truly sunken in,” said Locky MacLean, Director of Marine Operations at Sea Shepherd. “This area has been designated by UNESCO as having universal significance. The Canadian Government has a responsibility to ensure the water flowing through this Sound is clean and healthy, from the open ocean to the inlets and all the way up the rivers. The only long-term solution is for fish farms to be removed from the environment and for the new Fisheries Minister to ensure their removal as soon as possible.” 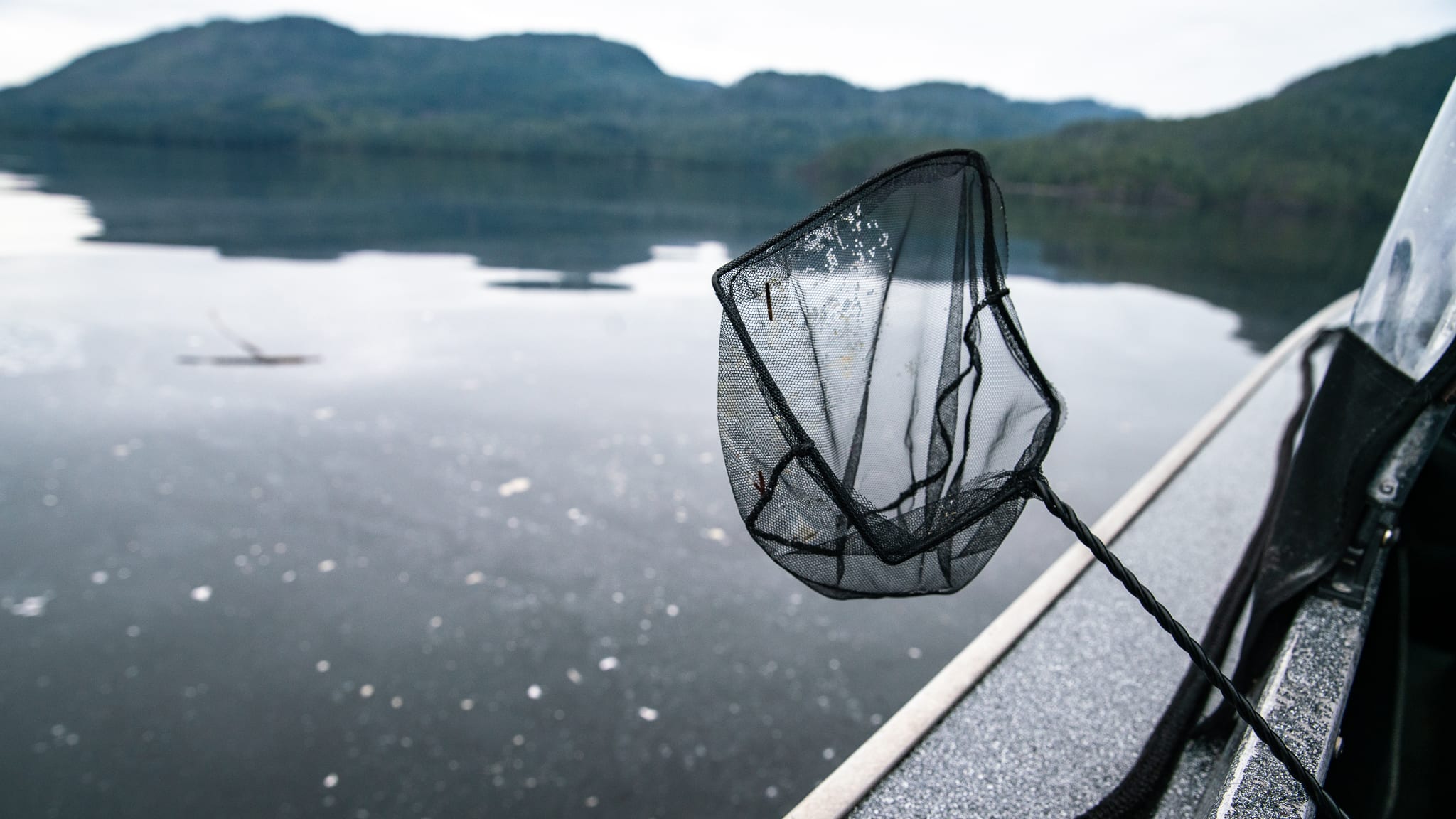 In a statement, the Department of Fisheries and Oceans (DFO) confirmed the fish death was a result of a naturally occurring algae bloom, and had been reported to officials.

However, Alexandra Morton, an independent biologist, confirmed the presence of Piscine Orthoreovirus, a virus that seems to cause jaundice in farmed salmon. “Neither farmed or wild salmon are surviving this cheap and dirty way of farming,” she said. “It’s past time to move this industry into tanks.”

Clayoquot Action have criticised the DFO, saying that they haven’t been to the site to access the situation there. “This is where DFO needs to be on the ground and observing and taking samples and getting to the bottom of what’s happening,” said Clayoquot Action representative Bonnie Glambeck. 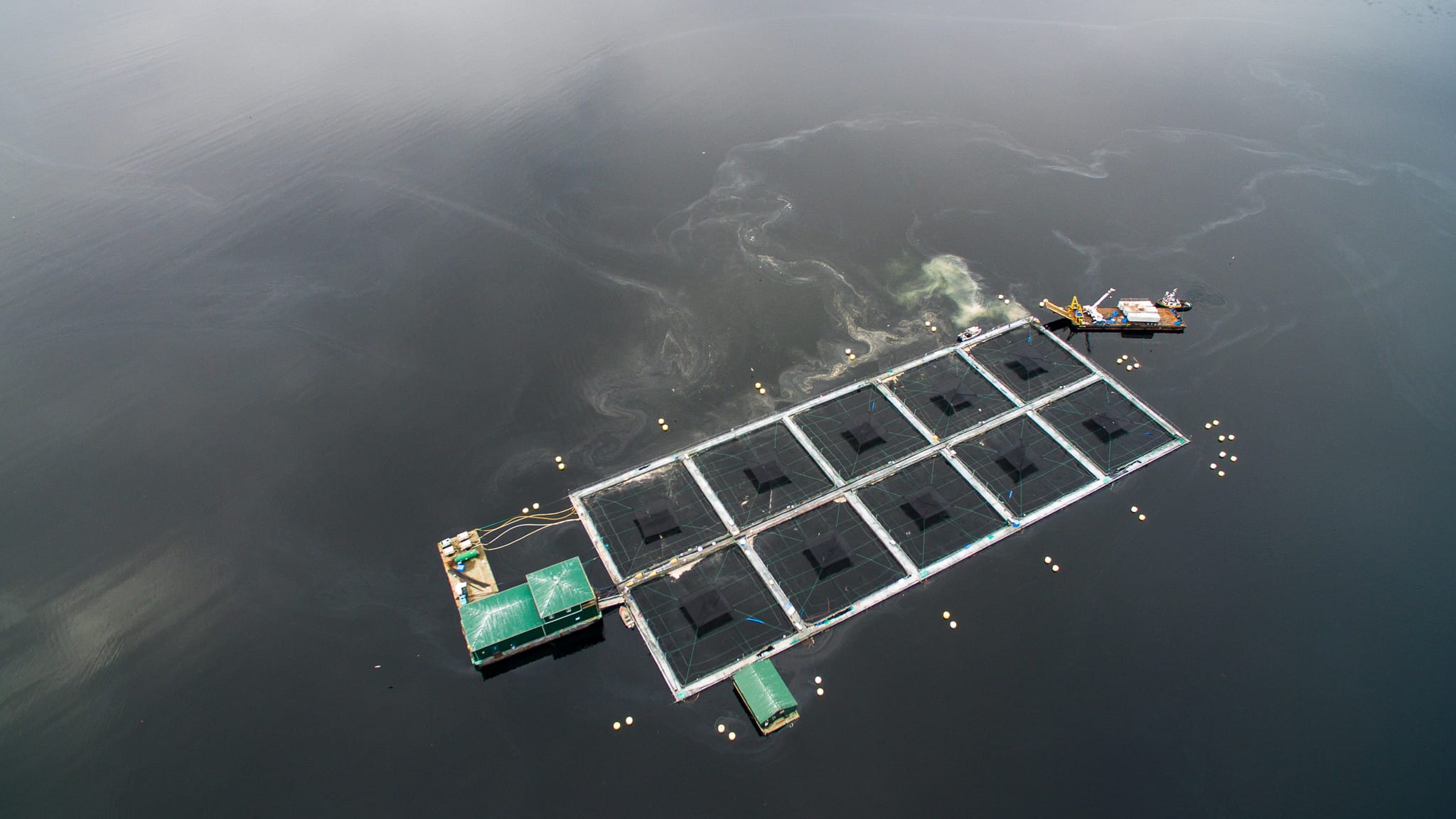 Additionally, devastatingly high levels of sea-lice have been plaguing the fish farms on the west coast of Vancouver Island. Internal government emails have revealed that the sea-lice situation has been out of control, in spite of the fact that Cermaq have been operating a custom made ‘Hydro-licer’, which fatally pressure washes the fish at their sites.

Open net fish farms in the area have long been a point of contention for environmentalists and local communities. This summer, First Nations members and local citizens protested in Tofino against the 30 years of devastation to the natural environment, since the installation of floating farm pens. Opposition to salmon farming has become a global fight as people work to protect the last wild salmon runs from extinction.