If coastal management policies are not updated, up to 40% of all beaches on Oʻahu, Hawai‘i could be lost before 2050, according to a new study by researchers in the Coastal Geology Group at the University of Hawai‘i (UH) at Mānoa School of Ocean and Earth Science and Technology (SOEST).

Coastal erosion (or shoreline retreat) around the world is being exacerbated by climate change and resulting sea level rise, putting coastal communities at risk. The team of scientists assessed the beaches around Oʻahu that would be most vulnerable to coastal erosion under three different sea level rise scenarios, all estimated to occur before, and shortly after 2050. 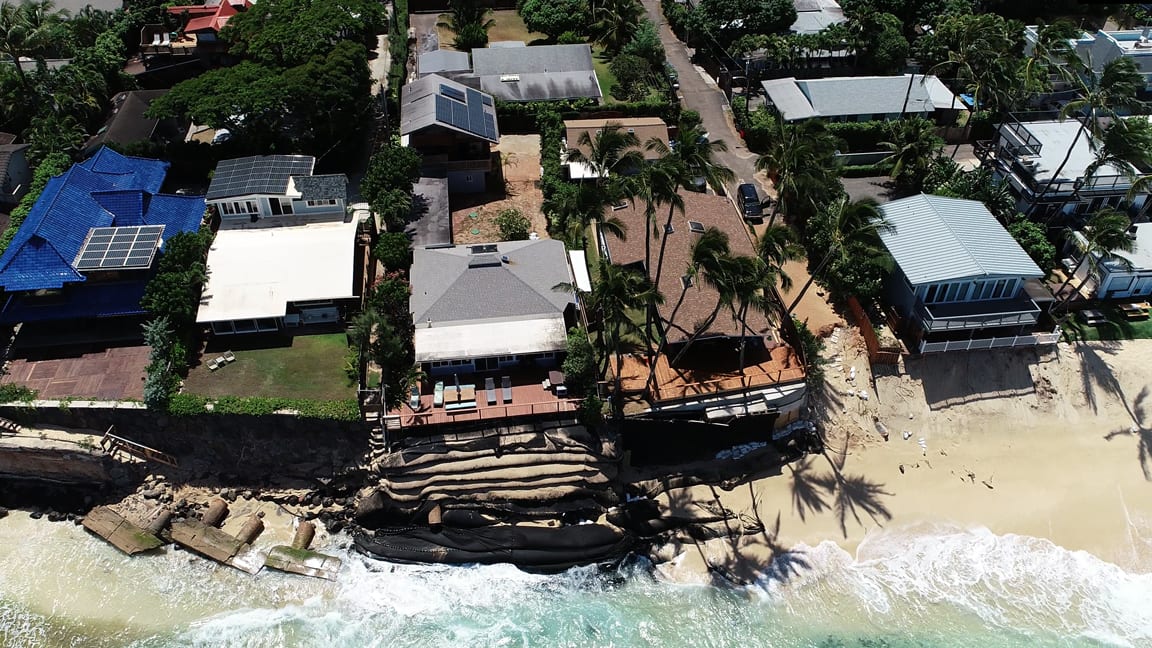 “By assessing computer models of the beach migration caused by 9.8 inches of sea level rise,” said study lead and graduate SOEST researcher Kammie Tavares, “an amount with a high probability of occurring before mid-century, we found that emergency permit applications for shoreline hardening to protect beachfront property will substantially increase.”

Shoreline hardening, the construction of seawalls or revetments, interrupts natural shoreline retreat, causing waves to erode the sand. This accelerates the coastal erosion on neighbouring properties, and dooming a beach to drown in place as the ocean continues to rise.

The team identified the location and severity of risk of shoreline hardening and beach loss, and a potential timeline for the increase in coastal erosion hazards. The most threatened properties fall into an “administrative erosion hazard zone,” meaning these areas are likely to experience erosion hazards and qualify for the emergency permitting process to harden the shoreline.

“We determined that almost 30% of all present-day sandy shoreline on O‘ahu is already hardened, with another 3.5% found to be so threatened that those areas qualify for an emergency permit today,” said co-author Dr. Tiffany Anderson, assistant researcher in the Department of Earth Sciences. “Our modelling indicates that, as sea level rises about 10 inches by mid-century, an additional nearly eight% of sandy shoreline will be at risk of hardening—meaning at that point, nearly 40% of O’ahu’s sandy beaches could be lost in favour of hardened shorelines.” 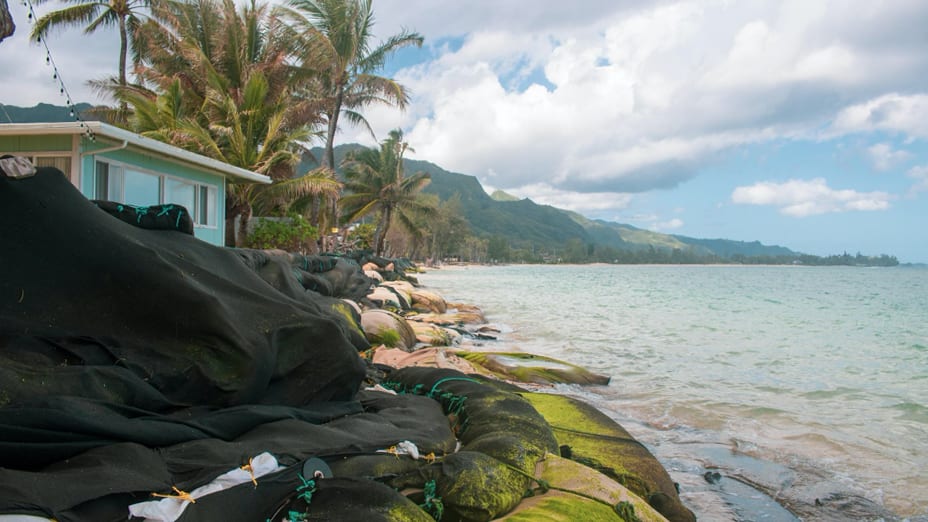 “In another study published in 2018, we showed that accelerated erosion on neighboring properties, called flanking, usually leads to additional shoreline hardening, and condemnes entire beaches,” said co-author Dr. Chip Fletcher, Associate Dean and Professor in SOEST. “It is clear that management decisions made today, and during the careers of most of today’s natural resource managers, will be critical in determining if future generations will inherent a healthy shoreline, or one that has been ruined by seawalls, and other types of shoreline hardening.”

Global mean sea level has been rising for decades and at an ever accelerating rate, making coastal erosion inevitable without more combative global action against the impacts of climate change. The Intergovernmental Panel on Climate Change (IPCC) has projected that even if greenhouse gas emissions are reduced or stopped altogether – which is unlikely given the extremely slow progress towards curbing emissions globally – sea levels will continue to rise for centuries.

“Despite these facts, we continue to see shoreline hardening as the preferred policy choice, largely because management agencies have failed to develop assisted transition plans for beachfront landowners who are caught in a tightening vice because of accelerating sea level rise,” added Fletcher. “In fact, directly to the contrary, beachfront lands continue to be sold to unwitting buyers with no appreciation for the expensive and frustrating situation they are entering into.”

The fact that seawalls cause the destruction of beaches is widely known, but coastal zone management laws continue to allow different varieties of shoreline hardening in spite of this. Management systems and beach ecosystem conservation plans need to be developed in response to sea level rise.

“Beaches are critical ecosystems to native plants and animals, offer protection from storms, are an essential cultural setting, and attract tourists, who are important for Hawai‘i’s current economy,” added Tavares. “This research shows that conversations on the future of our beaches and how we will care for them must happen now rather than later, if we are to protect our sandy beaches.”

For information regarding co-authors and to read the full study, “Risk of shoreline hardening and associated beach loss peaks before mid-century: Oʻahu, Hawaiʻi”, click here.