Scientists from the ARC Centre of Excellence for Coral Reef Studies at James Cook University (Coral CoE at JCU) have assessed how many corals there are in the Pacific Ocean.

In a world-first coral count, the team have estimated that there are roughly half a trillion corals in the Pacific Ocean alone – approximately the same number of trees in the Amazon, or birds in the world.

Until now, scientists didn’t know how many individual coral colonies there are in the world, and these findings have prompted them to reevaluate the risks of extinction. 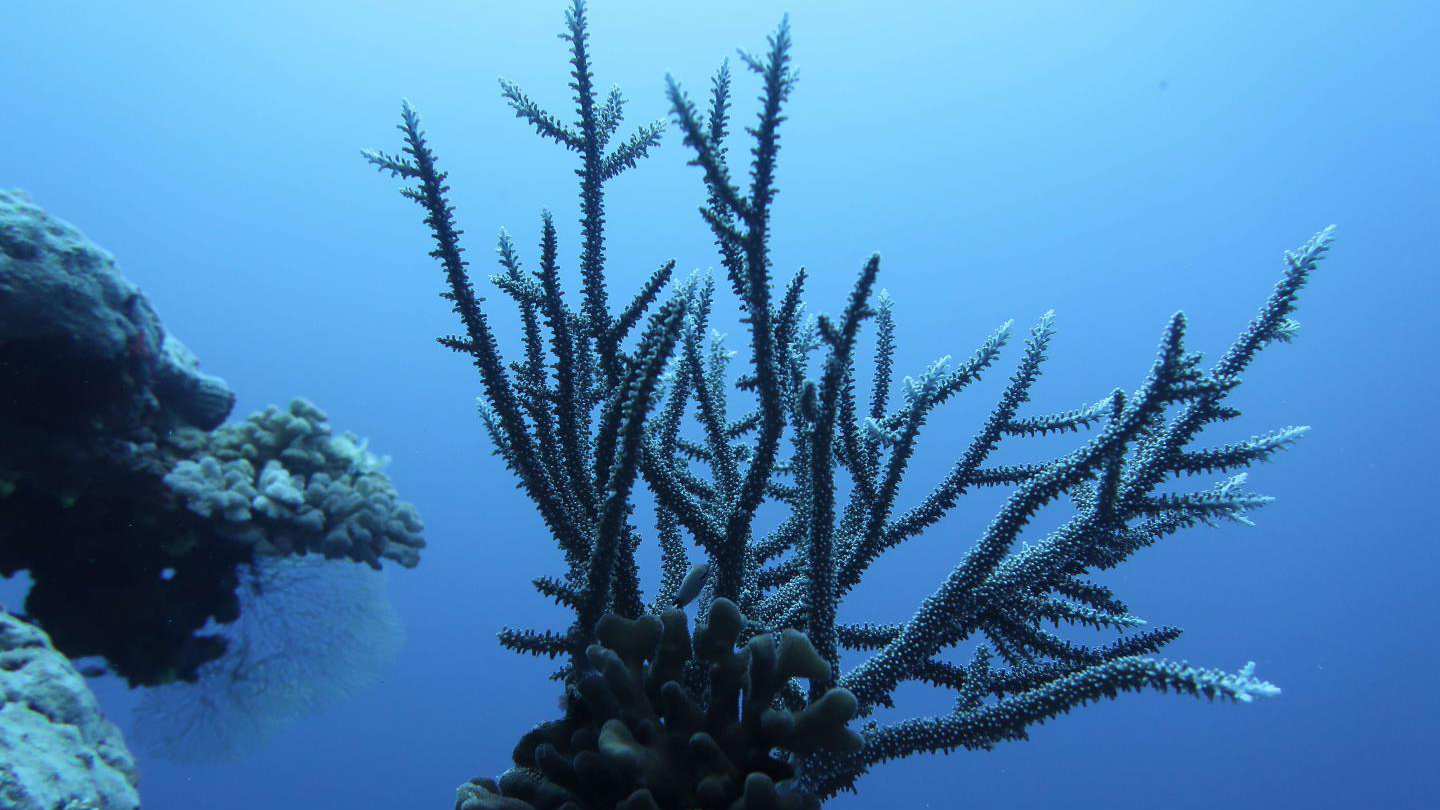 “We need to know the abundance of a species to assess its risk of extinction,” said Dr Andreas Dietzel of Coral CoE at JCU. “However, there is very little data on most of Earth’s wild animal and plant species – not just corals.”

Coral reefs are currently in a state of decline around the world due to as temperature rise and other impacts of climate change. However, the findings of the assessment suggest that while a local loss of coral can be devastating to coral reefs, the global extinction risk of most coral species is lower than previously estimated. Extinctions could instead unfold over a much longer timeframe because of the broad geographic ranges and huge population sizes of many coral species.

The study’s new coral count of the 80 species considered by the IUCN to have an elevated extinction risk shows that 12 of those species have estimated population sizes of more than one billion colonies.

“As an example, the finger-coral, Porites nigrescens, ranks amongst the ten most abundant species we examined,” said co-author Professor Sean Connolly, from Coral CoE at JCU and the Smithsonian Tropical Research Institute. “It’s also not considered to be highly susceptible to coral bleaching – yet it is currently listed by IUCN as vulnerable to global extinction.”

The study measured the population sizes of more than 300 individual coral species on reefs across the Pacific Ocean, from Indonesia to French Polynesia. The scientists used a combination of coral reef habitat maps and counts of coral colonies to estimate species abundances. A third of the rarest species in the team’s analysis – covering the bottom 10% of species abundances – are listed by the IUCN as being of Least Concern.

“We counted an average of 30 corals per square metre of reef habitat,” said co-author Professor Terry Hughes from Coral CoE at JCU. “This translates into tens of billions of corals on the Great Barrier Reef – even after recent losses from climate extremes. Coral restoration is not the solution to climate change. You would have to grow about 250 million adult corals to increase coral cover on the Great Barrier Reef by just one percent.”

“The challenge now is to protect wild populations of corals, because we could never replace more than a tiny percentage of them. Prevention is better than cure,” said Professor Hughes. “Given the huge size of these coral populations, it is very unlikely that they face imminent extinction. There is still time to protect them from anthropogenic heating, but only if we act quickly on reducing greenhouse gas emissions.”

Photography by Andreas Dietzel, courtesy of the Arc Centre of Excellence for Coral Reef Studies.