New research carried out on the Great Barrier Reef has discovered that severe coral loss is associated with substantial increases in the size of large, long-living herbivorous fish. However, decreased recycling of this fish biomass could leave the ecosystem vulnerable to crashing.

An international team of researchers, led by James Cook University, compared reef surveys from 2003-2004 and 2018. They found that severe coral loss, of up to 83% in some areas, was associated with increases in fish biomass, productivity and consumed biomass, meaning the reef now has more energy stored in the form of fish weight, is able produce more fish weight and these fish are being consumed by predators. 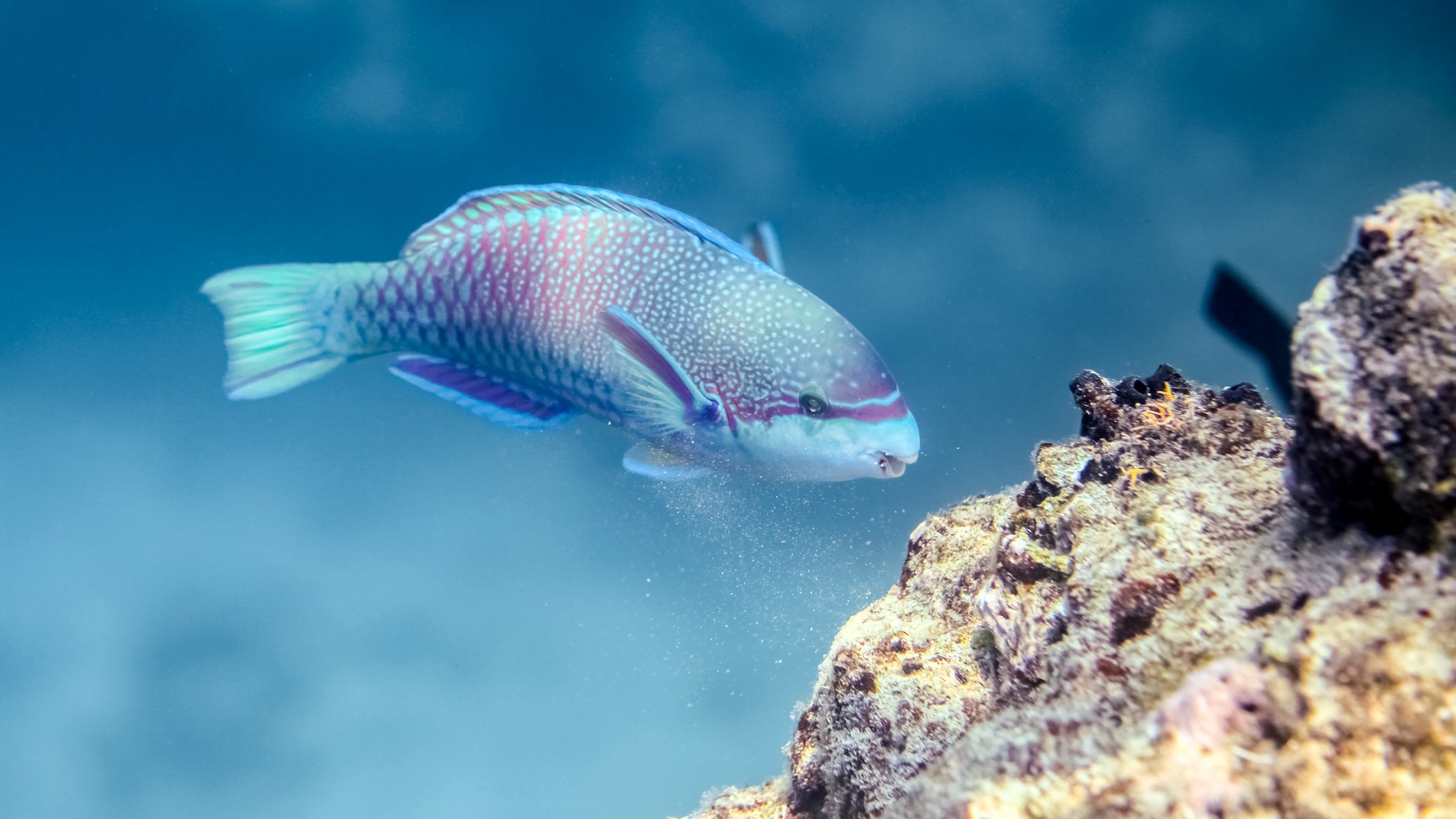 “It’s as if the herbivorous fish community has been scaled up, with larger fish growing and providing more food for predators when they die. However, this does not come without a cost,” said Renato Marais, lead author on the study. “The fish have not multiplied. Instead, there are more bigger fish and less smaller ones. This suggests that many of these long-living herbivorous fishes, such as surgeon fish which can live up to 40 years, could have been there before the corals died, only growing bigger. Eventually, these older fish will die and, if not replaced by young ones, productivity could collapse.”

This increase of biomass may seem positive from a human perspective, as the presence of larger fish after a coral reef collapse could suggest a stable population. However, the team have warned that reduced turnover, or recycling of biomass, in the reef could mean that this trend benefiting large fish might not last long.

Erosion of dead coral structures and the subsequent loss of refuges for fish could cause a population crash. Although the researchers did observe a decline in coral structure in the reef area studied, it is possible that it had not reached a level where fish biomass would start to decline. The increased growth of large fish like surgeonfish, parrotfish and rabbitfish is likely to have been made possible by the accessibility and quality of algal turf, their preferred food source. These algal ‘lawns’ grow abundantly over the skeletons of dead coral. A recovery of the coral could result in a reduction in this food source and collapse of these herbivores. 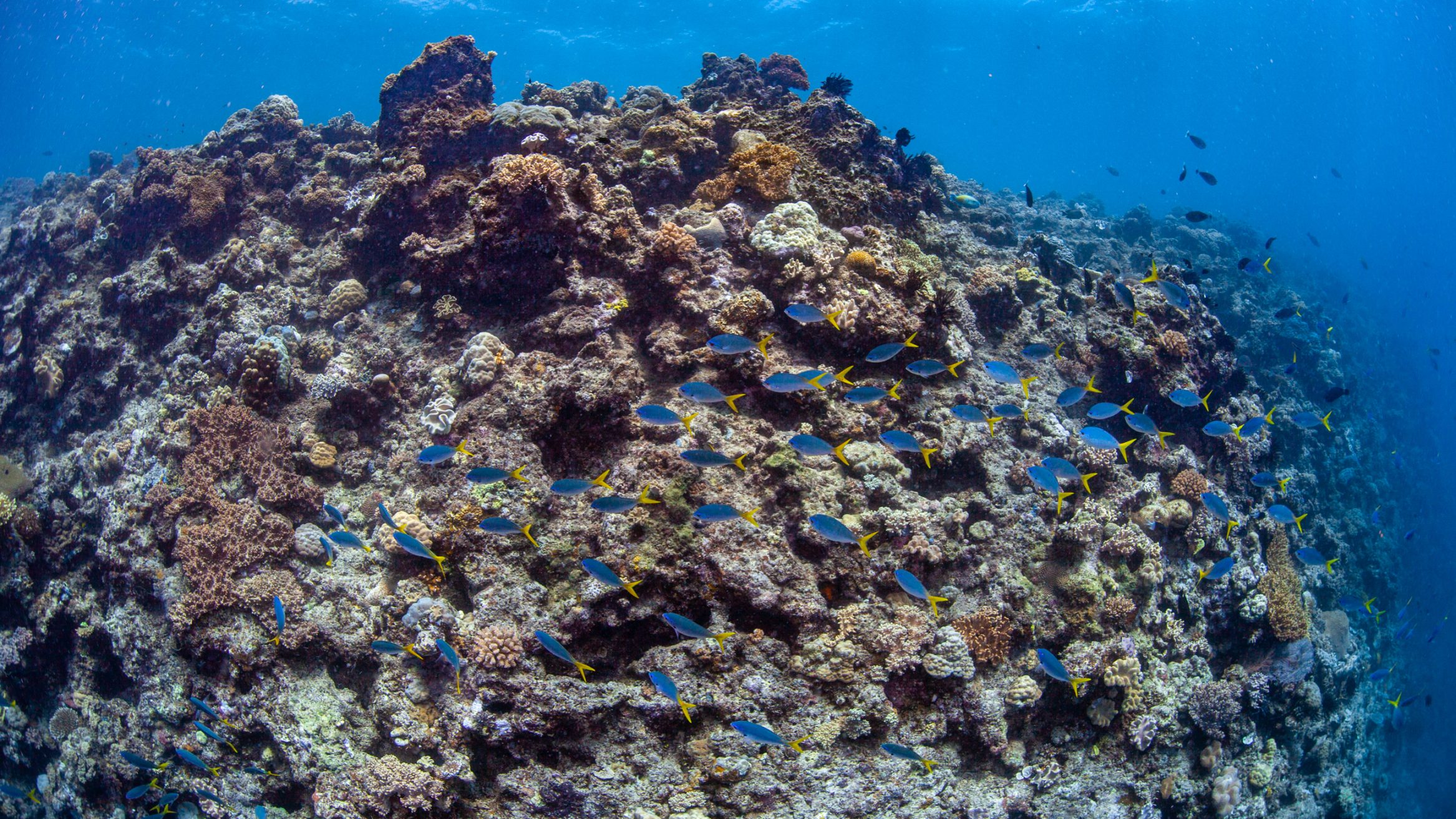 Previous studies have predominantly taken a static look at the impacts of coral loss on fish. In this study, the researchers looked at the cumulative effects of coral mortality over time using metrics often absent from coral reef studies: fish growth, mortality and energy turnover.

These findings apply to the one reef the researchers surveyed and Morais notes that other reefs could behave differently. However, a number of features suggest similar changes may have taken place elsewhere. For example, increases in herbivore populations are common in post-coral reefs. Collecting the same data on other reefs will help to establish if this is the case.

“Any further shifts will depend on what happens to the reef,” added Morais. “Will there be a recovery of corals? Or will this degraded state be maintained? Then, will these large and old herbivorous fishes be replaced by younger ones? There are many aspects in this story to be investigated.”

This research took place on the reefs surrounding Lizard Island, which were subjected to two back-to-back mass bleaching events and two severe cyclones that decimated the coral populations between 2014 and 2017. Combined, these events led to an 80% decline in coral cover throughout the islands.

Photographs by Victor Huertas, courtesy of the British Ecological Society.