A collaborative study that compared seawater from 25 reefs in Cuba and the U.S. Florida Keys, which varied in human impact and protection, found that those with higher microbial diversity and lower concentrations of nutrients and organic carbon (primarily caused by human activities) were markedly healthier.

Researchers sampled seawater from each site and measured nutrients as well as a variety of other parameters that offer insight into the microbial community. They found a notable difference between the heavily protected offshore reefs in Cuba and the more impacted nearshore ones in the Florida Keys.

They found that exploring the connection between microorganisms and the health of coral reefs can be difficult due to the lack of unspoiled reef systems around the world. 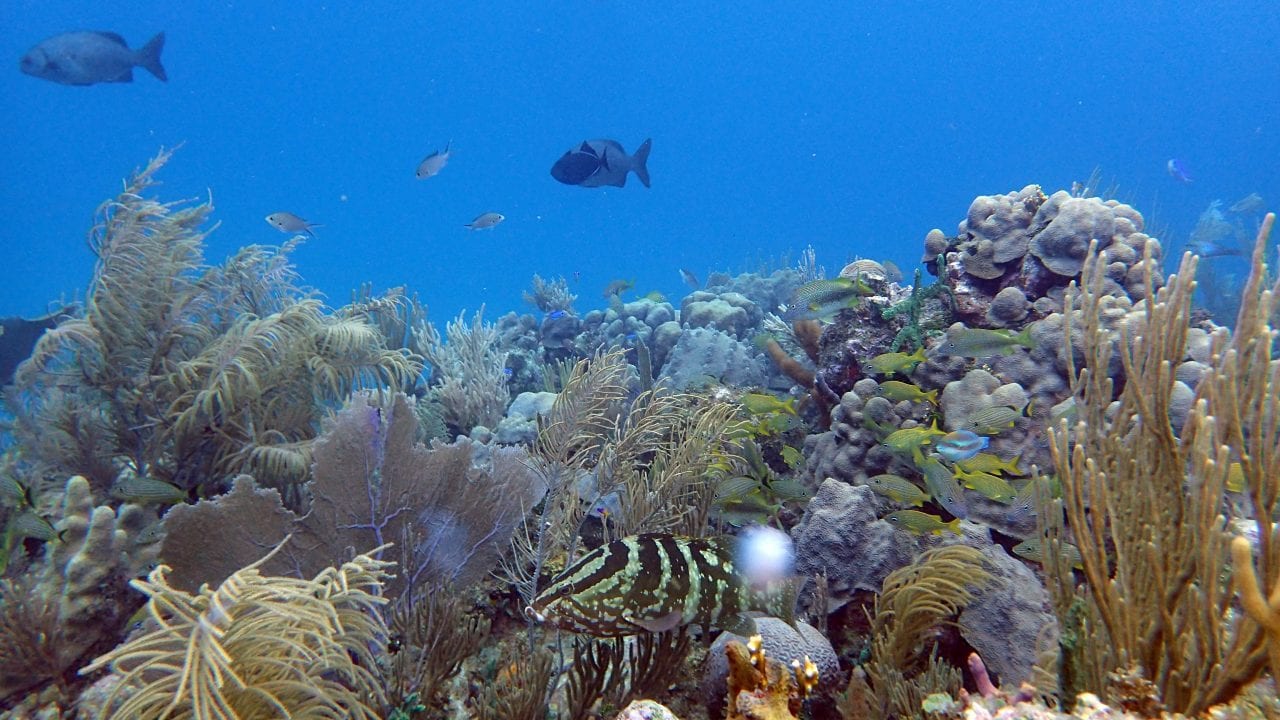 “Human impacts such as overfishing and pollution lead to changes in reef structure,” says WHOI graduate student Laura Weber, lead author of the paper. “Removal of algae grazers such as herbivorous fish and sea urchins leads to increases in macroalgae, which then leads to increased organic carbon, contributing to the degradation of coral reefs.”

The study outlines how offshore and highly-protected reefs are healthier than nearshore reefs with less protection from human impacts. Additionally, reefs with lower nutrient runoff and carbon from industrial activities are markedly healthier.

“Cuba does not have large-scale industrialised agriculture or extensive development along most of its coastline,” says Patricia González-Díaz, Director of CIM-UH and co-author of the study. “So there is not a lot of nutrient run-off and sedimentation flowing on to the reefs.”

Additionally, the reefs of Jardines de la Reina, the largest protected area in the Caribbean, may be further buffered from impacts by the mangroves and seagrass meadows that lie between the island of Cuba and the reef system of Jardines de la Reina. Here, researchers found low concentrations of nutrients, and a high abundance of Prochlorococcus—a photosynthetic bacterium that thrives in low nutrient waters. More accessible and heavily-impacted areas in Florida Keys both contained higher organic carbon and nitrogen concentrations.

The work suggests that protection from a variety of human impacts does play a significant role in maintaining microbial diversity. The hope is that these findings could aid resource managers in deciding how best to protect and restore Caribbean coral reefs in the face of habitat and climate-based change.

To read the full paper, Microbial signatures of protected and impacted Northern Caribbean reefs: changes from Cuba to the Florida Keys, click here. Co-authors of the paper include colleagues from CIM-UH, Universidad Nacional Autónoma de México, Phillip and Patricia Frost Museum of Science, Mote Marine Laboratory, and the University of California, Santa Barbara.