The study was led by scientists from the Arc Centre of Excellence for Coral Reef Studies at the University of Western Australia (Coral CoE at UWA). Coralline algae are known to be vital for the survival of coral reefs and numerous other many ocean species. 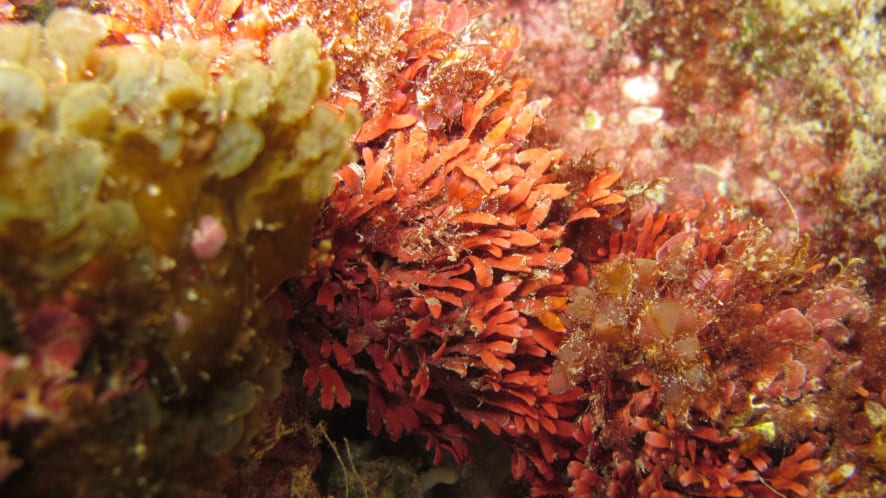 “Coralline algae go through a natural process of calcification, where they build a crustose-like calcium carbonate skeleton,” said lead author Dr Christopher Cornwall. “Skeletons like this provide structure, allowing them to grow, as well as providing a substrate for other organisms such as corals to grow upon. We show, for the first time, that while growth of these skeletons is initially susceptible to the effects of ocean acidification caused by increased CO2, over multiple generations they develop resistance.”

The team’s experiments took more than 18 months to complete and, on average, the algae took six generations of approximately six to eight weeks each to develop a resistance to ocean acidification.

“Crustose coralline algae bind coral reefs together,” said Professor McCulloch, Coral CoE Deputy Director, who led the research group. “Without it, coral reefs as we know them today wouldn’t exist,” he said. “These species limit erosion in reefs that are often made up of mainly coral fragments, act as a nursery for many marine species, and are the main player in temperate reef formation along the Australian and New Zealand coastlines.”

The findings of the study are important in understanding how longer-lived species, such as tropical corals, could respond over multiple generations to ocean acidification. The research team are now looking to test a wider range of coralline algae species.

“This research focused on tropical coralline algae species from northern Australia, so the next step is to study temperate species—like those in southern Australian and New Zealand waters—that grow a lot slower and may not acclimatise to climate change as quickly,” added Dr Cornwall.

To read the full paper, ‘A coralline alga gains tolerance to ocean acidification over multiple generations of exposure’, click here.