Strong cyclones can harm coral reefs as far as 1000km from their paths, according to research

New research from the Australian Institute of Marine Science (AIMS) has found that large and powerful cyclones can harm coral reefs as far as 1000km away from their paths due to the extreme ocean conditions that they can churn up.

The team focused their study on Scott Reef off the northwest coast of Western Australia and how it fared as a result of Cyclone Lua – a slow-moving weather event that developed off the coast in 2012. 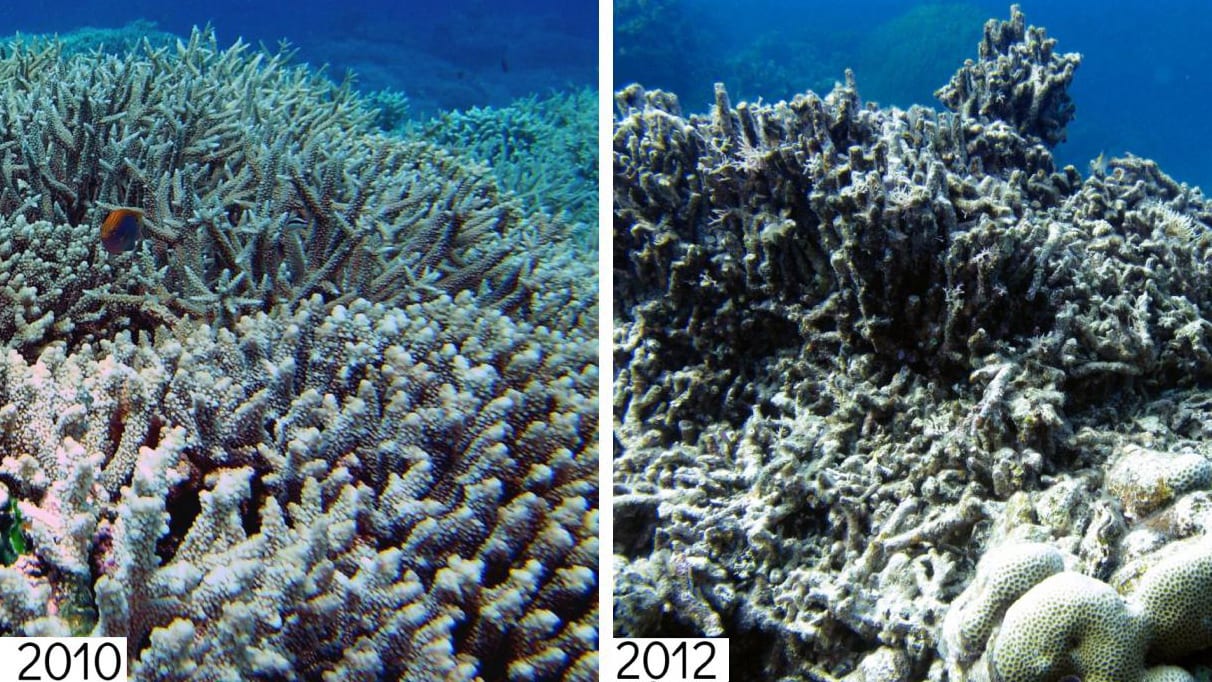 Despite the fact that the area of the cyclone producing the most intense winds came no closer than 500km to the reef, it whipped up high seas that battered Scott Reef with waves up to 20m tall for more than three days. In Scott Reef’s most exposed sections, it lost 50% of its vast and sturdy Porites corals and nearly all its branching Acropora coral species. Similar damage was found on another reef, a further 300km away.

“This example demonstrates that if we assume damage from all cyclones occurs within a 100km radius of a cyclone’s track, we will underestimate the spatial extent for big, strong cyclones by up to 10 times,” Dr Marji Puotinen of AIMS, who led the study, said. “This could lead to making unfortunate choices when trying to prioritise conservation targets.”

Conventional modelling used to predict how a cyclone, hurricane or typhoon could impact corals assumes that wave damage occurs primarily within 100km of its path. Dr Puotinen’s models predicted damaging waves could be felt up to 1000km away.

The process of estimating wave damage from cyclones involves highly complex calculations due to the fact that they change constantly, varying in strength, size and speed over time. The largest waves occur from storms that move slowly, and have the highest winds spread over the largest area.

“Coral reefs have been living with cyclones for millions of years,” said Dr Puotinen. “But recovery after a big battering is a slow process, which can take a decade or more. This means that many coral reefs around the world will not have time to fully regrow before the next cyclone hits.”

Along with colleagues from the Indian Ocean Marine Research Centre, the team  collected existing information on cyclone size and frequency, processing data gathered between 1985 and 2015 for 150 coral reef ecoregions around the world. 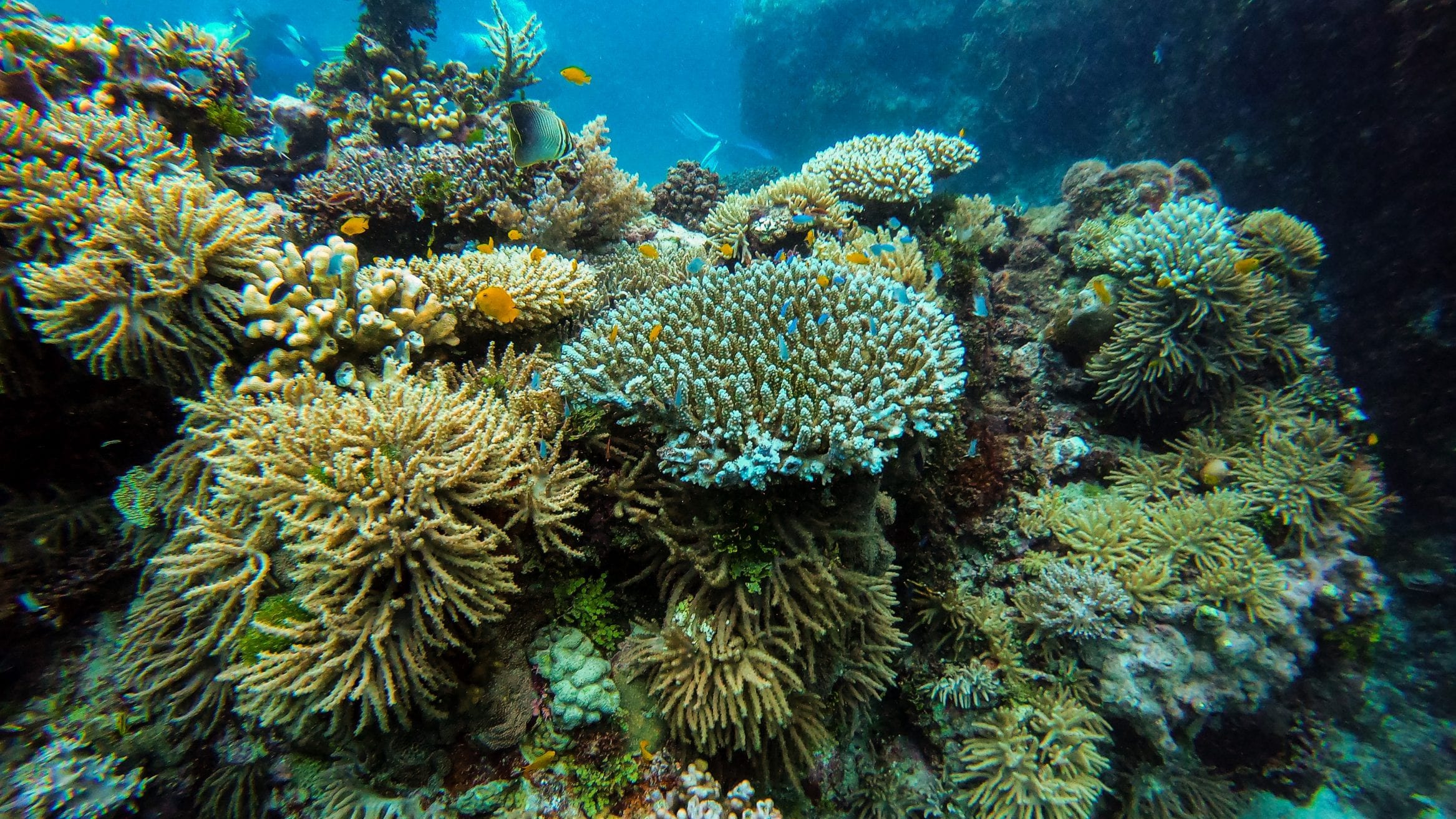 “Changes in the atmosphere mean it will be harder for cyclones to form in the first place, but warmer ocean water, which fuels their intensity, means it will be easier for them to strengthen once they do,” Dr Puotinen explained. “When deciding where on the Great Barrier Reef, for instance, to invest millions of dollars to repair or enhance reefs, you don’t want to select a location likely to be regularly battered by cyclone waves. Our research should make it easier for reef managers to choose between candidate reefs.”

Climate change models present an exceedingly complex picture for cyclones. The total number of cyclones occurring in any given period may well not increase – but that’s not necessarily good news for vulnerable reefs.

“Coral reef communities around the world are under increasing threat from a range of stressors, and we must understand which parts of the reef should be the focus of conservation efforts,” said Dr James Gilmour, a co-author on the paper and also from AIMS. “In particular, it is the combination of cyclones with exposure to rising water temperatures that is the most significant emerging threat to reefs globally.”

The hope is that by learning more about the complex and severe effects that cyclones can have on coral reefs, they can create better reef management and conservation strategies for at-risk areas.

To read the full study, “Towards modelling the future risk of cyclone wave damage to the world’s coral reefs”, click here.

Photographs of Scott Reef in 2010 and 2012 by James Gilmour, courtesy of AIMS.