Photographers Mike Guest and Nick Pumphrey, now joined by a collective of artists and creatives, have launched the Dawn Days project, which aims to capture the start of each day while immersed in nature, regardless of the weather conditions.

Through connection with nature and taking a moment at the blue hour to pause, reflect and immerse, Guest hopes that others may find some respite from the challenges of the modern world as he has.

The creative project was initially triggered by the first lockdown in the UK, which meant that Guest had to return to Edinburgh from a tour in Europe he had been working on at the time. For the first time in 20 years, he had to stop. 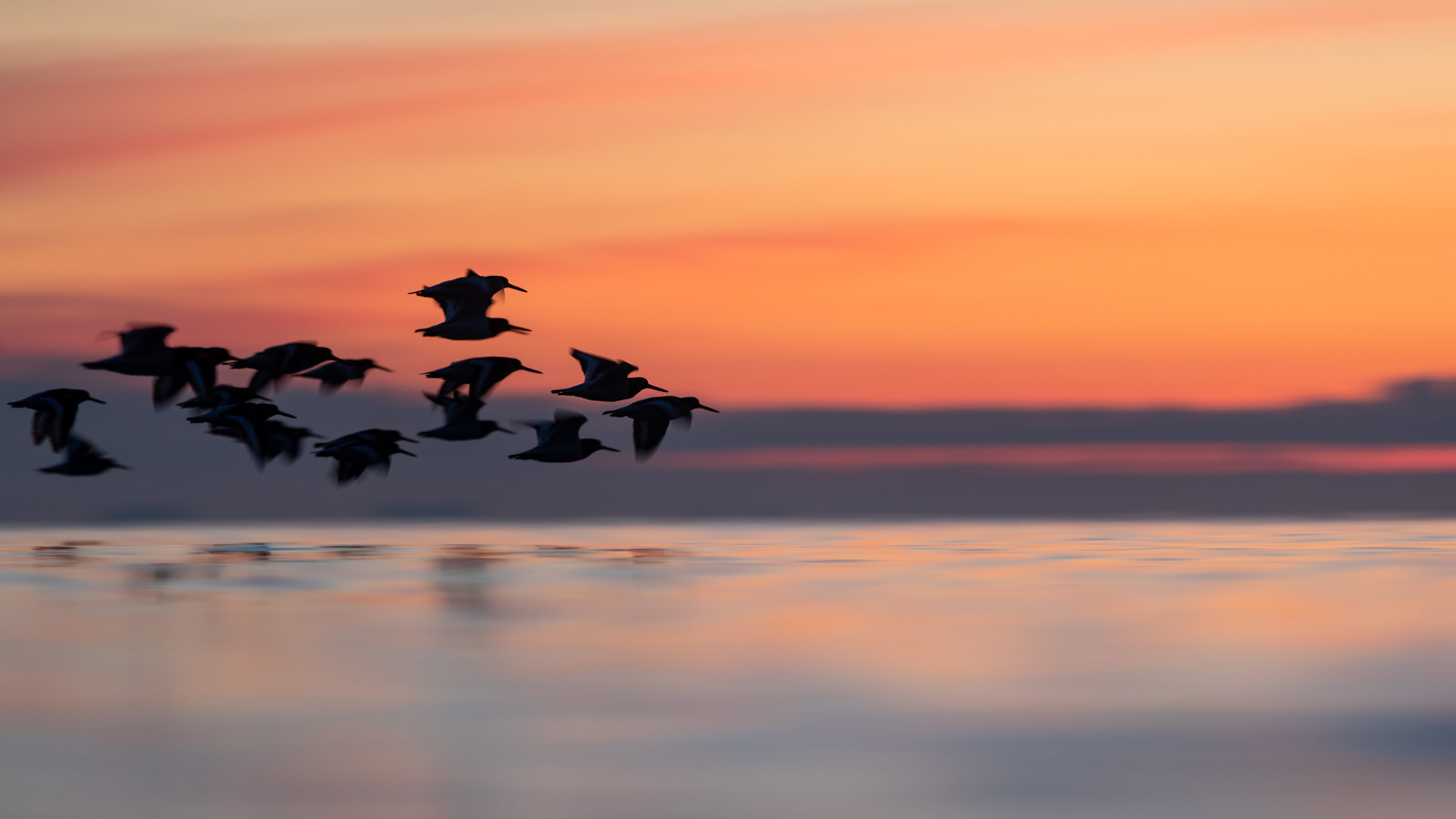 “I have never felt such a sense of darkness,” Guest says in The Ripple Effect, a short created by filmmaker and friend John Duncan. “All of my past just started coming at me and these emotions would just hit me. It was four or five of the darkest weeks of my life. My whole life I’ve ben on the move and I find myself sent home as the pandemic starts to hit and that’s me, I’ve got to be with myself. Having to deal with my thoughts. Having to deal with my feelings.”

After a phone call with Nick, who is based in Cornwall, they committed to getting in the water to capture the dawn. Towards the end of May 2020, Duncan began joining Guest on his Dawn Days escapades into nature. Upon getting out of the water, Guest got in the habit of talking to close friend Stu Lee, and both learned the value of an open and non-judgemental dialogue about mental health.

Thanks to time spent immersed in nature, a strong network of male friends who were willing to talk about mental health, Guest was able to take a step back from his emotions long enough to seek help from mental health professionals. Having experienced the importance of discussing men’s mental health and breaking down stigmas, he wants to open up the conversation via Dawn Days.

“The experience of going out every dawn for a month, being in the water, has put me in touch with myself,” Guest continues. “By not giving myself a hard time for the things that I feel like I should and shouldn’t do… we put all these conditions on ourself, that we feel like our family and friends or society is impressing on us. We’re the ones giving ourselves crap, measuring ourselves on others. So how do we stop giving ourselves such a hard time?”

Guest highlights how important it has been to have friends involved with the project. With so many creatives left out of work due to the pandemic, Guest found others who were practicing their craft in the early hours. For example, freelance sound engineer Barry Jackson was waking up for dawn in order to record the sounds of nature.

What started as a simple morning activity to hone his craft turned into something more significant. Guest has been sharing his dawn observations, edited daily into unique clips and stories, with a wider audience on Instagram. The videos are peppered through with Jackson’s recordings, featuring original scores by David Jack, with sound design by Paul Finch Croft and colour grading by Troy Edge.

“Something I want to make clear is that this is just one version of Dawn Days,” said Guest. “I hope that people can take this and make it their own. This idea isn’t just fixed to one thing, it is the act immersing yourself in anything that you love, and seeing how your life will change from there. My hope for this film is that it scratches the surface for some people. Maybe it makes them want to open up and maybe it doesn’t, they can just enjoy it for what it is.”

The notion that life about collaboration rather than competition sits at the core of Dawn Days. Working together and making the effort to talk about how you’re really feeling.

“I wanted to put this film out to tell my story in the hope that it might resonate with some people who may have gone through, or are going through, similar experiences and feelings,” said Guest. “If it touches just one person and allows them to open up, then its job done for me. However, I already know from the number of people who have contacted me about Dawn Days that so many have resonated with seeing the water and being able to connect to nature in a way. This is so important in this weirdly overly digital manicured world that we live in.”

To share your Dawn Days experiences on Instagram and connect with the community, use the hashtag #dawndays or tag @dawndays.

To watch the full collection of Dawn Days recordings to date, click here.