A new Guinness World Record has been set by 633 divers who hit the waters around the Deerfield Beach, Florida.

The cleanup, which took place on June 15th, was organised by PADI dive centre Dixie Divers and the Woman’s Club of Deerfield Beach. The 2019 event, which was supported by Project AWARE and PADI, highlighted how conservation can bring people together.

The vast majority of debris removed from the water was recorded with Project AWARE’s Dive Against Debris citizen science program, which looks to scuba divers to take control and remove litter from the seafloor during dives, and to then log their data.

More than 50,000 people from 114 countries have taken part in this citizen science program so far, in an effort to clean up the ocean and present tangible evidence of the global marine litter crisis.

“One by one by one… A world record is broken. 633 divers. 3,200lbs of fishing gear. Over 9,000 pieces of marine debris reported to Project AWARE. To say today’s collaboration of The World Record Clean Up Event hosted by Dixie Divers was a success is an understatement.” wrote Jack Fishman, Project AWARE Conservation Officer.

The  Save Deerfield Beach Event, which has been an annual community event for the past 15 years, originally focussed on extracting the lead weights used by fishermen off the city’s pier. At the 2019 event, divers plucked more than 1,200 pounds of lead fishing weights from the bottom of the ocean in just three hours. 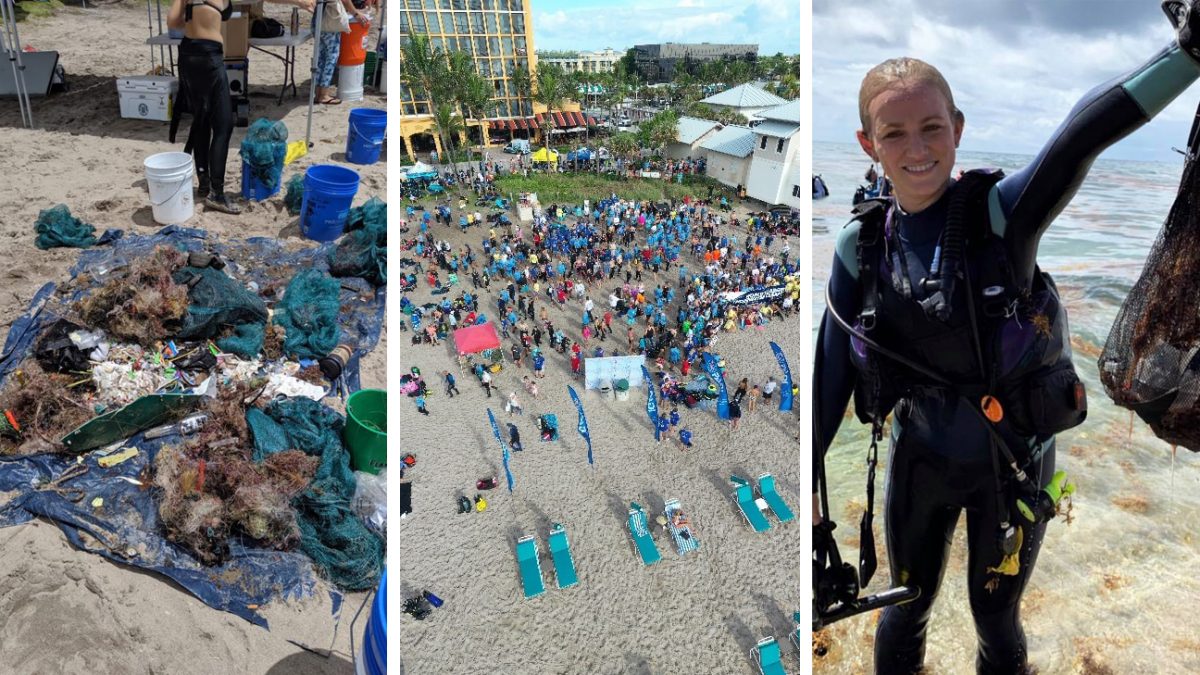 The previous record for the largest number of divers taking part in an underwater cleanup was made in 2015, when former military scuba diver Ahmed Gabr lead a team of 615 divers on a cleanup mission in the Red Sea.

“What an amazing day for conservation and an amazing day for the dive community,” added Fishman. “We are overwhelmed by the success of Dixie Divers’ event but we want to emphasise that you don’t need to take part in an event to make a difference. We all have the power to create positive change for the ocean each day and every time we dive.”

Photographs courtesy of Project AWARE and Jack Fishman via Facebook.