Researcheres use drone footage to count more than 64,000 turtles on Great Barrier Reef

The Great Barrier Reef Foundation has successfully used drones to count an aggregation of more than 64,000 turtles at the world’s largest green turtle nesting area.

“We’re taking action to improve and rebuild the island’s nesting beaches and building fences to prevent turtle deaths, all working to strengthen the island’s resilience and ensure the survival of our northern green turtles and many other species.”

This success could mean that valuable hours and resources will be saved for researchers having to gather census information on marine life. In less than one hour, a single drone operator can conduct this research.

“Trying to accurately count thousands of painted and unpainted turtles from a small boat in rough weather was difficult,” Dr Andrew Dunstan, from the Queensland Department of Environment and Science and lead author of the study, said. “Using a drone is easier, safer, much more accurate, and the data can be immediately and permanently stored.”

The research found drones, or Unmanned Aerial Vehicles (UAVs), were the most efficient survey method, with underwater video like using a Go-Pro a useful alternative for in-water surveys. 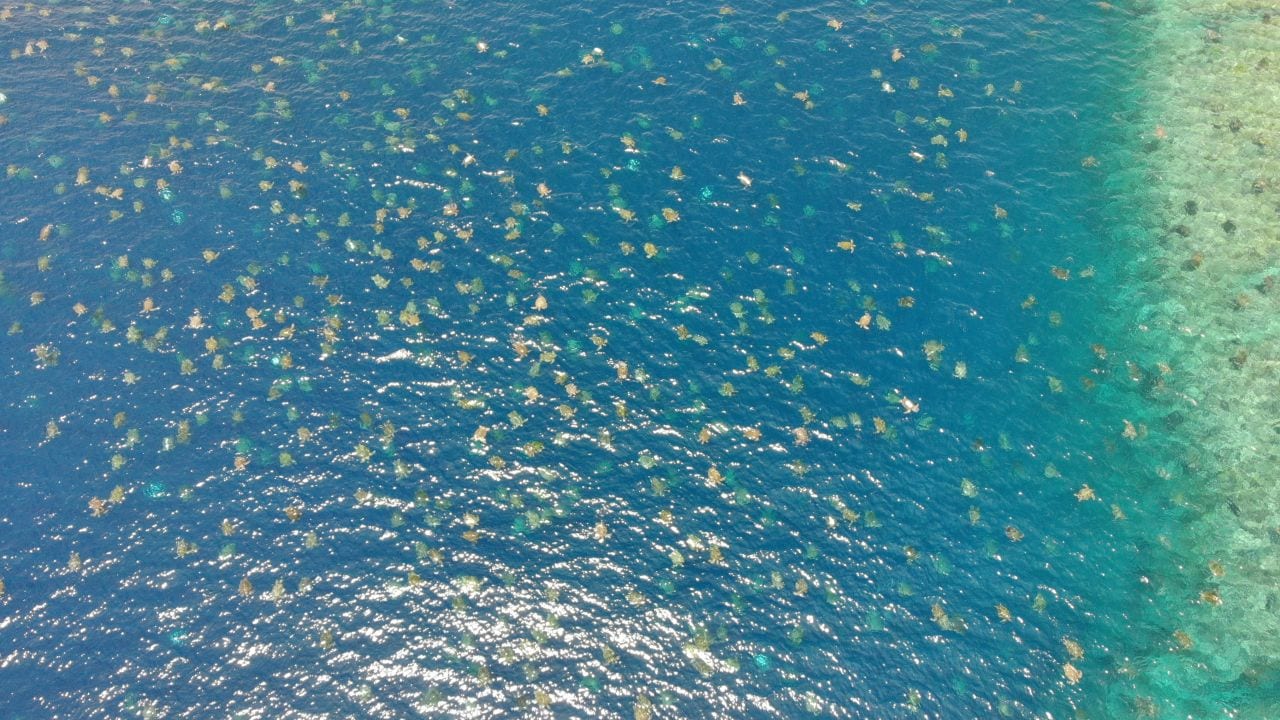 “This research is of prime importance to the understanding and management of the vulnerable green turtle population,” added Dr Dunstan. “In the future, we will be able to automate these counts from video footage using artificial intelligence so the computer does the counting for us.”

The Raine Island Recovery Project is making a major contribution to the future sustainability of the world’s most important green turtle rookery. It is a partnership with BHP, the Queensland Government, the Great Barrier Reef Marine Park Authority, and the Wuthathi and Meriam Nation (Ugar, Mer, Erub) Traditional Owners the Great Barrier Reef Foundation.