The total distance should have been approximately 80 miles, but due to strong currents Sarah Thomas ended up swimming almost 130 miles. Prior to this attempt, nobody had completed a fourth leg. She began in the early hours of September 15th, finishing on the 17th.

After returning to shore, she said: “I just can’t believe we did it. I’m really just pretty numb. There was a lot of people on the beach to meet me and wish me well and it was really nice of them, but I feel just mostly stunned.”

Thomas, an American open water ultra marathon endurance swimmer, underwent treatment for cancer last year. Her support team have said that she used the swimming to help her cope with treatment. She dedicated her swim to “all the survivors out there.”

In a Facebook post, Thomas wrote: “This is for those of us who have prayed for our lives, who have wondered with despair about what comes next, and have battled through pain and fear to overcome. This is for those of you just starting your cancer journey and those of you who are thriving with cancer kicked firmly into the past, and for everyone in between.”

Thomas completed her first open-water event in 2007. She first swam across the English Channel in 2012 and once again in 2016. In August 2017, she swam 104.6 miles in Lake Champlain on the US/Canada border, just before her diagnosis. 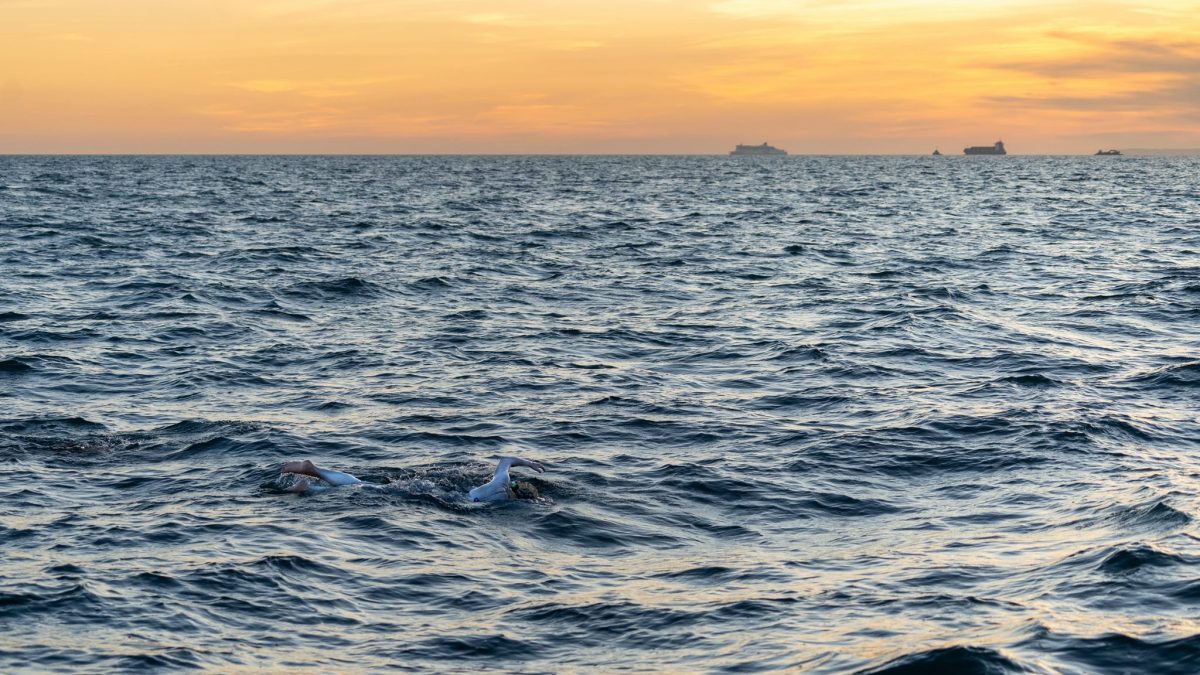 “Every length had something that was really hard about it,” said Thomas. “Coming back from France the last time was definitely hard. It took forever and the current pushed me all over… I got stung in the face by a jellyfish. [The water] it wasn’t as cold as I thought it might be but it was still chilly.”

Thomas drank a protein recovery drink mixed with electrolytes and a small amount of caffeine to help offset sleepiness, which was thrown out to her in the water every 30 minutes. Once back on dry land after completing the endeavour, she celebrated with Champagne and chocolates.

Photograph and footage by Jon Washer.