EYOS Expeditions and Caladan Oceanic have announced a new six-month project exploring the Ring of Fire, using the Limiting Factor submersible. The science team will be led by by Five Deeps veteran Dr. Alan Jamieson from Newcastle University.

For this expedition, mission specialists will board exploration vessel DSSV Pressure Drop in June 2020 (date TBC), in Agat (Guam) and reach the Mariana Trench after a day at sea.

Landers will be deployed in order to collect biological samples and capture video footage. This continues the work of the Five Deeps Expedition that has resulted in more than 40 new species having been identified – this number is expected to rise as the samples are processed. The dives will also continue to assess and document environmental impact (including plastic pollution) at the deepest point of the oceans. 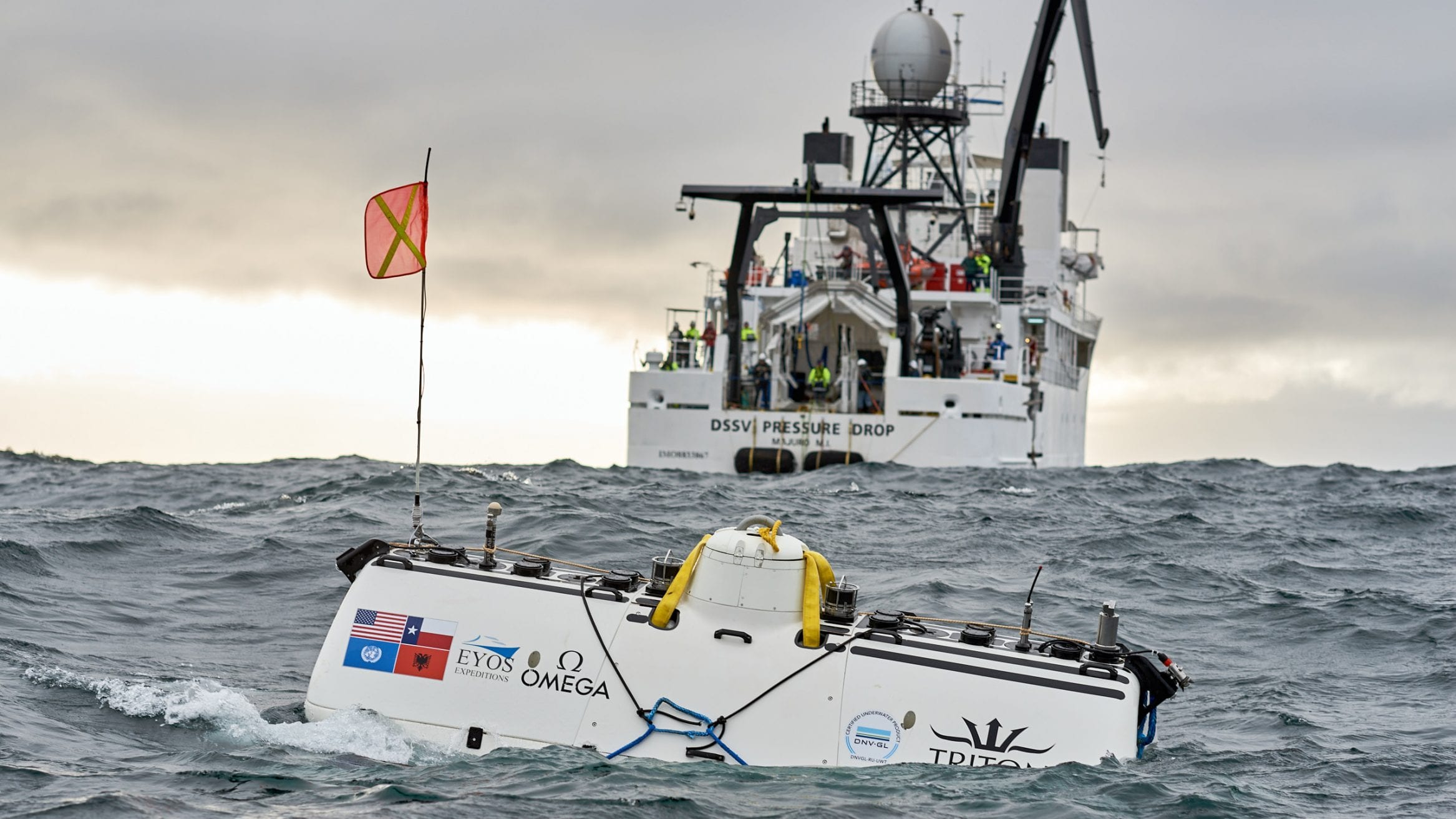 “The Ring of Fire expedition will continue the groundbreaking work of the Five Deeps Expedition last year,” said EYOS Expeditions CEO Ben Lyons. “Its collective mission is to verify and test the deepest points possible, collect and analyse scientific samples, and extend humankind’s knowledge of the most extreme environment on Earth. Pressure Drop will further contribute to science with powerful full-ocean-depth sonar – Kongsberg EM-124. It can produce high resolution 3D maps of the deepest seafloor in order to further our knowledge of the oceans.”

The team is also offering three individuals the opportunity to join them for a few days of the mission as the first ever commercial passengers to dive the Mariana Trench / Challenger Deep (10,928 metres) in the submersible, a rare chance to participate in and help fund marine exploration.

Each dive will take up to 14 hours as the descent of more than seven miles requires more than four hours. The divers will spend up to four hours on the seafloor, where they will get to explore the trench and potentially film some of the most extraordinary species on the planet.

EYOS Expeditions’ team has cumulatively completed over 1,200 expeditions, and will plan, manage and lead all aspects of the expedition including logistical support, team travel and permits.

“EYOS Expeditions are perhaps the only entity in the world with the experience in oceanic diving and remote-location expeditions that could coordinate a project of this size and scale,” added Lyons. Caladan Oceanic has provided the incredible platform and partnership to make this opportunity possible; it will be a terrific challenge but also a fantastic opportunity for all parties.”