EYOS Expeditions, the team behind the iconic Five Deeps expedition series, has carried out the first dive to the wreck of the Titanic in 14 years.

Situated in 3,800 metres of water approximately 380 miles south-east of St John’s in Newfoundland, the Titanic wreck was last visited by humans in 2005. The EYOS Expeditions team deployed the Triton submersible Limiting Factor from research vessel Pressure Drop and conducted several dives to the wreck over 10 days.

“It is a privilege to be back and to enable clients to revisit the famed shipwreck. This is the first dive that anyone has done since our last dive in 2005,” said Rob McCallum, EYOS Expeditions founder and expedition leader. “No one has seen the Titanic since and so we were anxious to check in and to monitor her condition, work with scientists who have monitoring stations onsite and to assist with the filming of a new documentary.”

“It’s a big wreck, I wasn’t quite prepared for how large it was,” said Victor Vescovo, creator, sponsor and sub pilot at The Five Deeps Expedition. “It was extraordinary to see it all, and the most amazing moment came when I was going along the side of the Titanic and the bright lights of the submersible reflected off a portal and came right back. It was like the ship was winking at me. It was amazing.”

Limiting Factor, the only unlimited depth submersible in the world, dived down to the wreck in -1°C waters. It was discovered that the wreck has been heavily impacted by strong and ever-changing ocean currents, metal-eating bacteria and natural salt corrosion. In 2010, researchers placed a variety of scientific experiments around the wreck, many of which were metallurgical samples so that the breakdown of metals at these depths could be tracked.

With the guidance of an on-board NOAA representative, the team carefully shot photogrammetric images to help assess the wreck’s current condition. They also used specially adapted cameras to capture 4K footage, which can then be used to construct computerised 3D models of the wreck. 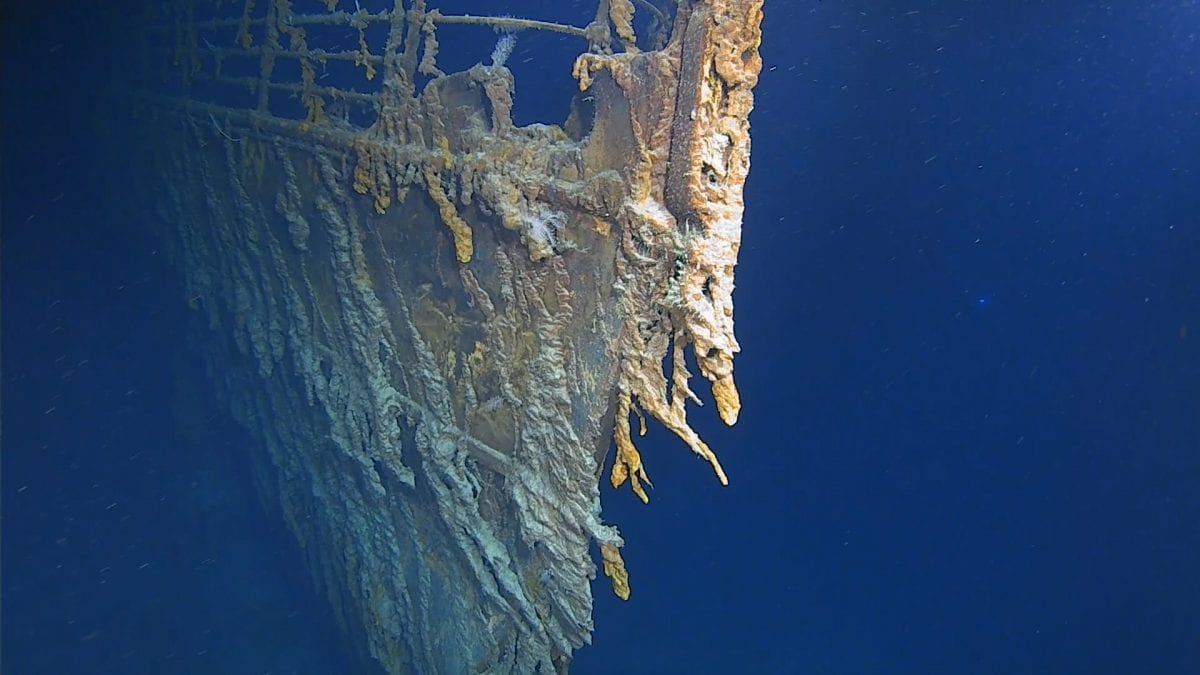 “I think the Titanic is one of the most iconic and exclusive destinations on Earth. She is very difficult to reach because the logistics of working at 12,500ft while 370 miles offshore are challenging,” added McCallum. “A lot of people would like to do it, but diving on the Titanic is a complex and difficult undertaking, with currents up to 4 knots. Even though our onboard team has over 200 Titanic dives to their credit, we cannot take anything for granted. We plan every dive from scratch, and it is an immense honour and responsibility to have returned to the Titanic after so many years.”

Footage of the dive is set to feature in a documentary film made by BAFTA and Atlantic Productions.