A new fishing reform introduced in vast areas of Queensland’s waters now means it’s required that harvested sharks in the East Coast Inshore Fin Fish Fishery (ECIFFF) to be brought back to land in one piece, with their fins naturally attached to their bodies.

Fins naturally attached, is globally acknowledged as fundamental for management of sustainable fisheries and conservation of threatened shark species. The rule is part of a suite of fisheries reforms announced on 30 September by Queensland fisheries minister Mark Furner. 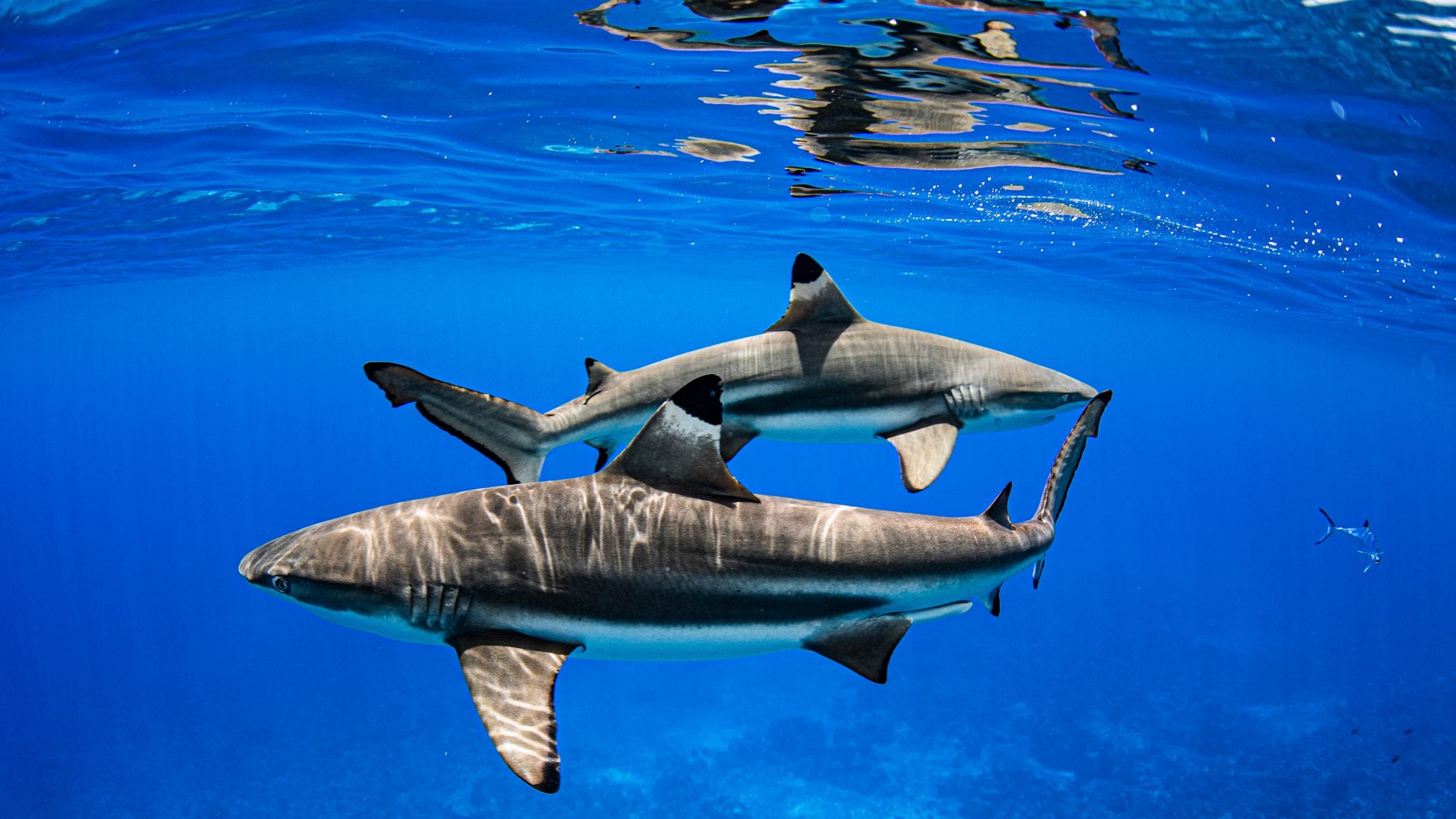 “We applaud the Queensland Government in introducing the ‘fins on’ rule for this fishery,” said Dr Leonardo Guida, a shark scientist at the Australian Marine Conservation Society. “It closes a loophole and stamps out the illegal and cruel act of shark finning. As recently as 2019, we learned two fishers were convicted of illegally possessing shark fins on their boat in the Great Barrier Reef. Having to bring sharks back with fins on stamps this out for good in our World Heritage listed Reef where fishing should be gold standard.”

Fishers working in ECIFFF will now be required to bring any harvested shark back to land with its fins naturally attached. Previously, sharks could be processed at sea into separate products of fillets and fins which was an enormous problem for monitoring and enforcement.

“Without their fins, sharks are very difficult to identify,” added Guida. “If a fisher wanted to, they could cut off and keep the highly prized fins of critically endangered scalloped hammerheads and dump the bodies overboard. So long as the piles of fins and flesh on the boat look like they’re in the right proportions, fisheries officers would be none the wiser.”

However, the Queensland Government’s announcement of the ‘fins naturally attached’ reform does not cover all Queensland fisheries. To have real impact, the reforms need to be more comprehensively pushed out across all Queensland commercial fisheries and carefully observed using independent electronic monitoring systems on fishing vessels. Western Australia (WA) is currently the only Australian jurisdiction without this rule in any of its fisheries. While the Northern Territory has the ‘fins on’ rule in its major shark fishery, it is absent in all other fisheries where sharks are still caught incidentally.

“It’s good to see that the Queensland Government has finally closed the shark finning loophole in the ECIFFF with the announcement of the ‘fins on’ rule,” said Lawrence Chlebeck, a marine biologist at Humane Society International. “To think that finning was still happening to sharks, including some endangered species, in the World-Heritage listed Great Barrier Reef is simply horrible and genuinely stupefying.”

“When fins leave Australia at average price of $73 per kg versus meat at 22c per kg, the temptation to dump a finned shark is there,” said Guida. “The ‘fins on’ rule removes that temptation and where it’s in place, we can manage our fisheries more sustainably because we’re much better able to tell what sharks are being harvested and in what numbers.”