The International Union for the Conservation of Nature (IUCN) has announced that the conservation status of the giant manta ray (or oceanic manta ray) has been changed from Vulnerable to Endangered on the Red List of Threatened Species.

The giant manta ray now joins over 16,000 endangered species to be assessed with this serious threat level. At this stage, 30% of sharks and rays are now threatened with extinction. 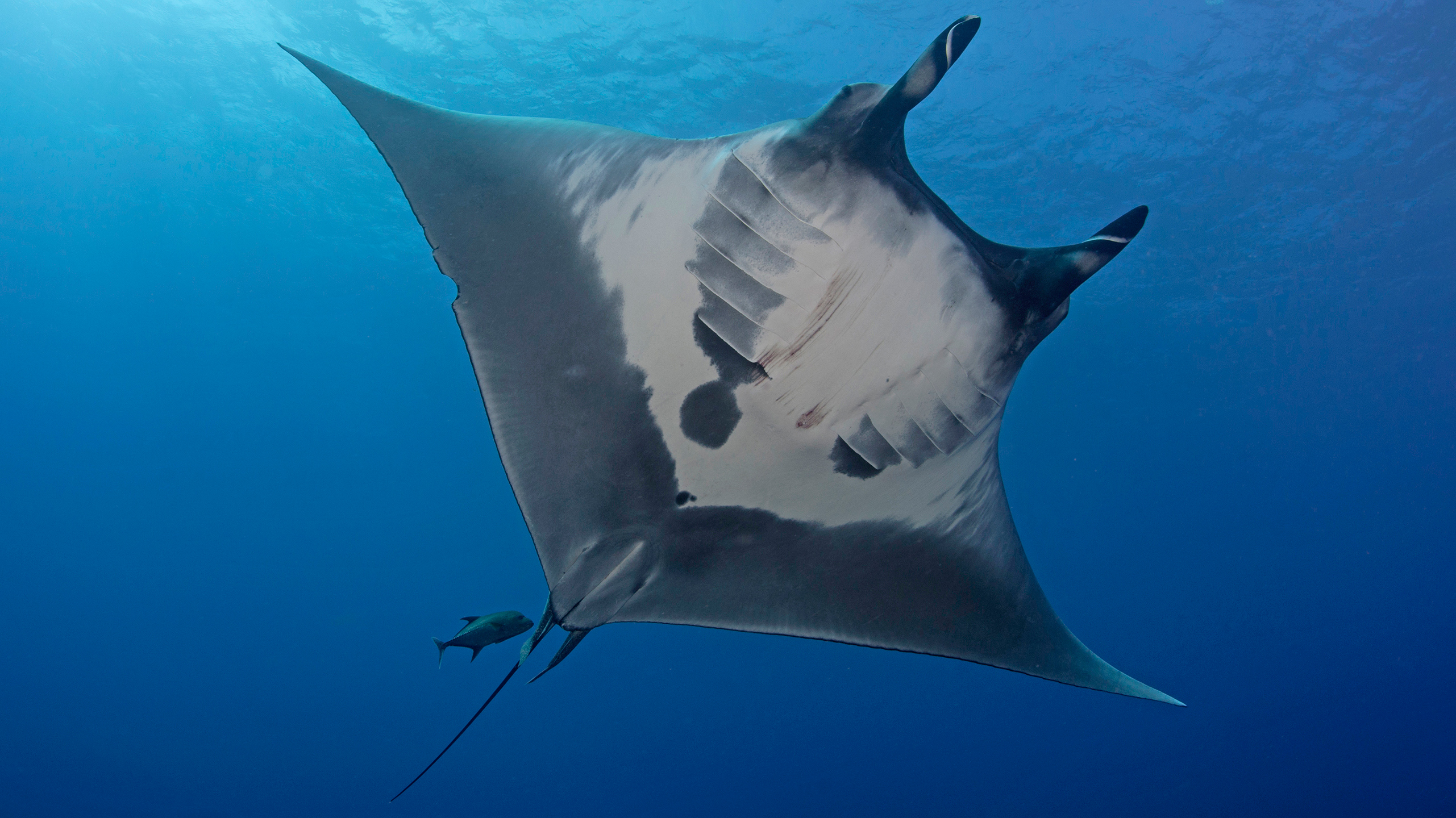 “The giant manta ray is a classic example of a species that is quickly succumbing to human-induced pressures,” said Dr. Andrea Marshall, a co-founder of the Marine Megafauna Foundation (MMF) who lead-authored this newest assessment for the IUCN and has been involved in their assessments since 2003. “When we first assessed manta rays in 2003 there simply was not enough information on the species to determine their conservation status and they were listed as ‘Data Deficient’, but on each of the subsequent assessments, their conservation status increased steadily from Near-Threatened, to Vulnerable and now to Endangered. Their current status is a direct result of unsustainable pressure from fishing, which now threatens to destabilise their populations across the globe.”

Giant manta rays are targeted for their gill plates, which they use to filter feed on small zooplankton from the water column. The ever-increasing demand for their body parts has fuelled both existing and emerging target fisheries. This relatively new Asian-based trade seems to be impacting the giant manta more than other species of manta ray, with the unsustainable harvesting decimating their populations around the world. 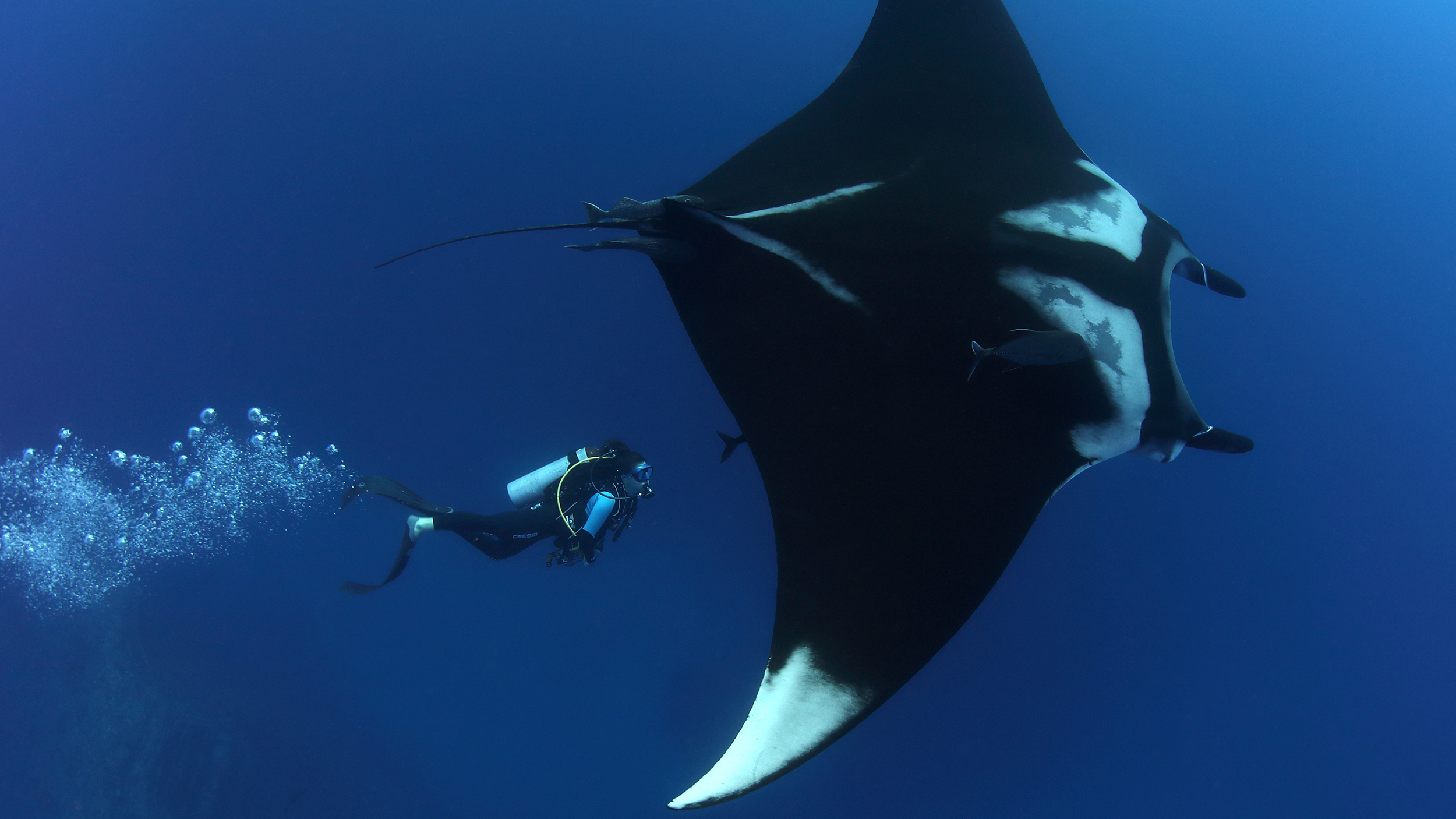 In an attempt to encourage more comprehensive conservation strategies for giant manta populations and to curb the expanding trade in their fins and gill plates, the  ray was listed on two of the most important global conservation treaties, the Convention on Migratory Species (CMS) in 2011 and the Convention on the International Trade in Endangered Species (CITES) in 2013.

“Interactions with manta rays are highly sought after by dive and snorkel tourists globally and contribute millions of dollars to tourism economies each year, particularly in developing nations,” said Dr. Stephanie Venables, a Senior Scientist and manta ray expert at MMF. “At this pivotal time, recognising their economic value may help to encourage the protection of this enigmatic and now endangered species.”

Giant manta rays reach sexual maturity fairly late in their lives, giving birth to just one pup every few years in the wild. They don’t look after or protect their young and so pups are extremely vulnerable when they are small. With a slow growth rate, delayed maturation and small number of offspring, giant mantas can’t reproduce fast enough to build back their populations once depleted.

“It is such an honour to have been able to study and describe this species. The realisation that the giant manta ray is now in danger of extinction is a hard pill to swallow,” Dr. Marshall added. “We are still busy learning about this extraordinary creature and we have only scratched the surface. There is so much more we need to understand, but at this stage, we have put that all aside in favour of protecting the last remaining populations of giant mantas.”

The giant manta ray was only formally described by Dr. Marshall and her colleagues in 2009, and at the time, it was one of the largest species to be described in the global ocean.