More Antarctic meltwater is surfacing than was previously known, according to new research from the University of East Anglia (UEA). This will modify the climate and prevent sea ice from forming and boosting marine productivity.

Using data collected by tagged Antarctic seals living near the Pine Island Glacier, in the remote Amundsen Sea in the west of Antarctica, oceanographers and biologists measured water temperature and salinity in order to obtain full-depth glacial meltwater observations in winter. 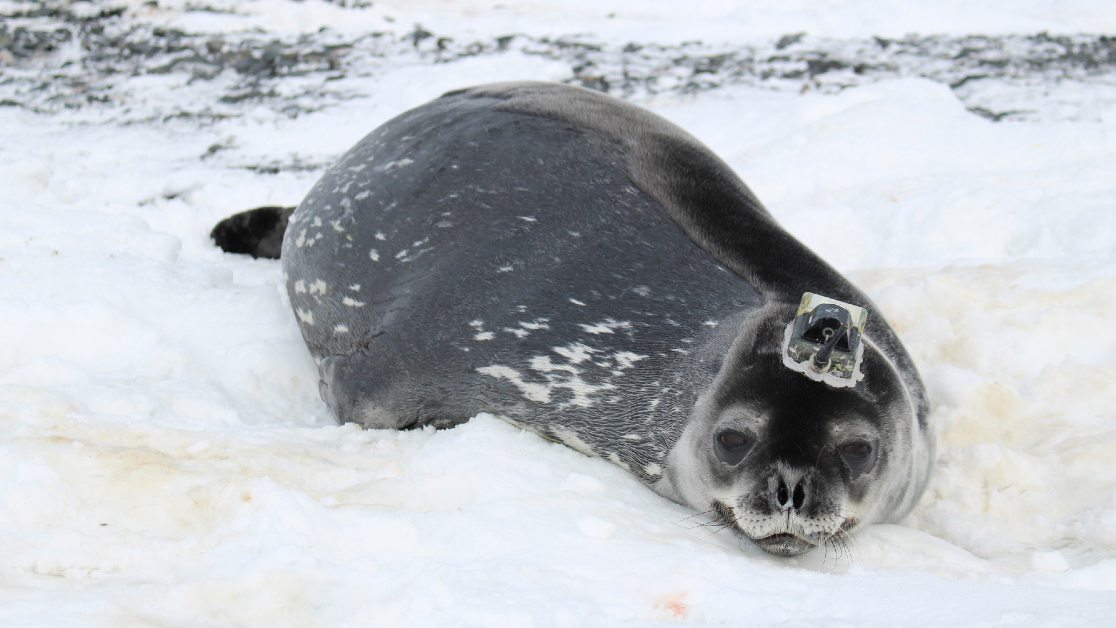 Seven southern elephant seals and seven Weddell seals were tagged with CTD-Satellite Relayed Data Loggers around the Amundsen Sea in February 2014. The data were gathered by Marine Mammals Exploring the Oceans Pole to Pole (MEOP).

The researchers found a highly variable meltwater distribution with two meltwater-rich layers – one in the upper 250 metres and another at around 450 metres deep – connected by scattered meltwater-rich columns.

The surfacing glacial meltwater results in warmer surface temperatures and may change the melting rate of fragile ice shelves. Pine Island Glacier is rapidly melting, exporting the glacial meltwater into the ocean.

“As the glacial meltwater is warmer and fresher than the ambient water, it is lighter than the ambient water and more likely to rise up,” added Zheng. “It brings heat and nutrients such as iron to the near surface, which may melt the sea ice near glaciers and increase the nutrient level near the surface. This enhances the air-sea interactions, and the meltwater-related nutrient may boost the growth of marine planktons like algae.”

Many glaciers around Antarctica are thinning rapidly, due primarily to melting occurring at the interface between the ocean and the ice shelf glacier. The strongest melt has been reported in west Antarctic glaciers such as the Pine Island Glacier, where the research took place. The heat from the meltwater is likely to prevent sea ice formation, allowing melting of sea ice and thus increasing the extent of open water areas in front of glaciers.

Further research is required according to the team. Their study was based on one year of seal-tag data from the Pine Island Glacier, so it can’t be used to calculate trends over long periods of time.

Photography by Guilherme A. Bortolotto of the Sea Mammal Research Unit, University of St Andrews), courtesy of UEA.