The National Trust Blakeney National Nature Reserve, Norfolk, UK, is home to England’s largest grey seal colony. This year, rangers are anticipating around 4,000 new arrivals, with the first pup spotted at the end of October.

Since the first grey seal pup was spotted at Blakeney in 1988, numbers born have been steadily increasing. From just 25 pups in 2001, there were 3,399 born in 2019 due to low levels of disturbance and mortality during the first few key weeks of life, and a lack of natural predators. 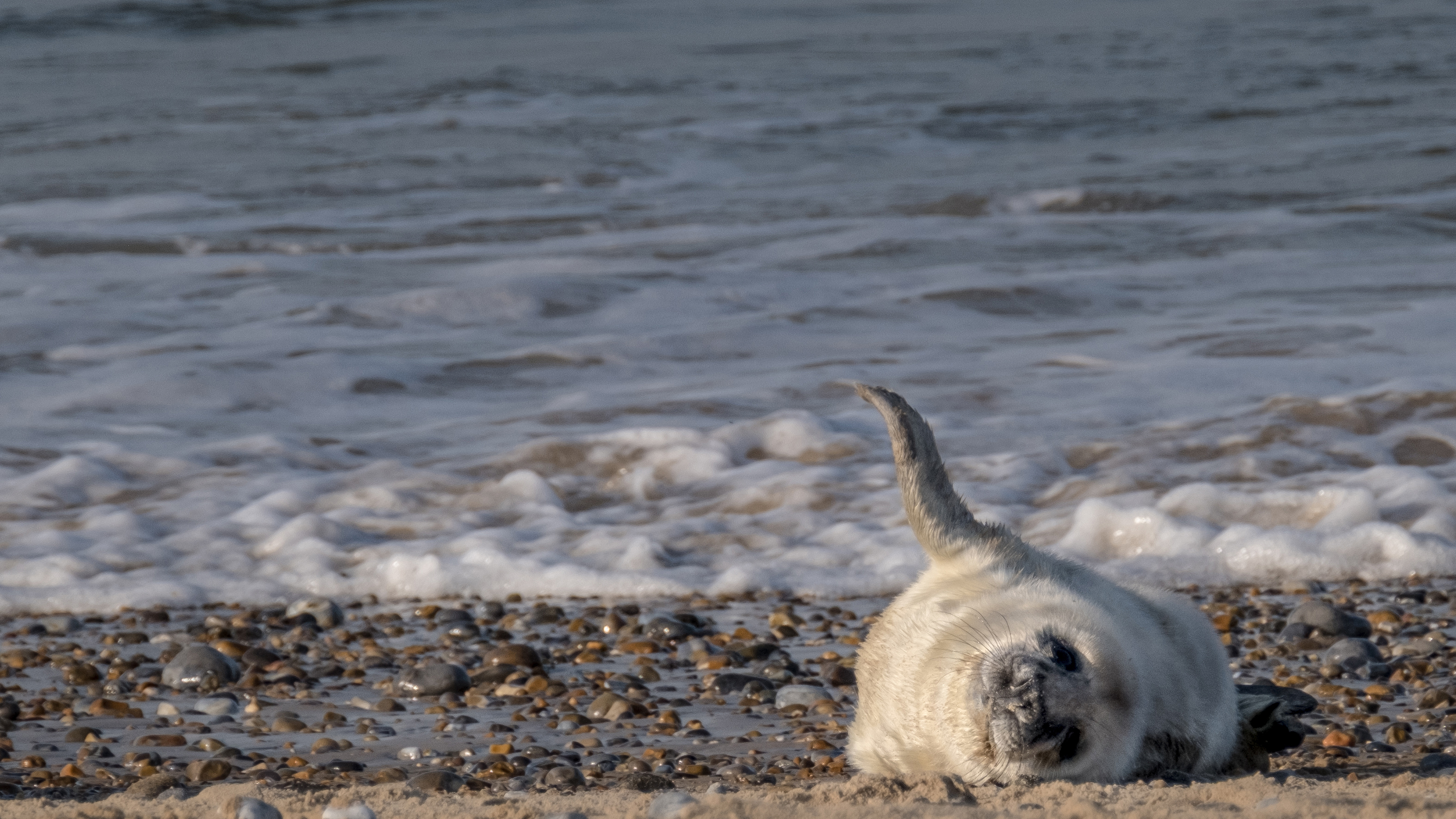 “When the seals first started pupping here it was really important to count the pups to help us monitor the health of the colony,” said National Trust Ranger, Leighton Newman. “More recently, however, the density of the colony has increased hugely and walking through the colony is now not safe for staff or for the seals.”

Global grey seal numbers are estimated to be at around 300,000, and 40% of that population is supported within British and Irish waters. However, the colony at Blakeney has now become so large that the Trust says it is almost impossible to record the number of pups precisely.

“Changing the way we do things recognises that methodologies need to change over time, in response to changes to both the colony itself and the techniques available to help us study it,” added Newman. “Over the coming years we can hopefully push forward with this new approach but also work with experts and scientists to keep up with any other new or improved methods of monitoring this important colony.” 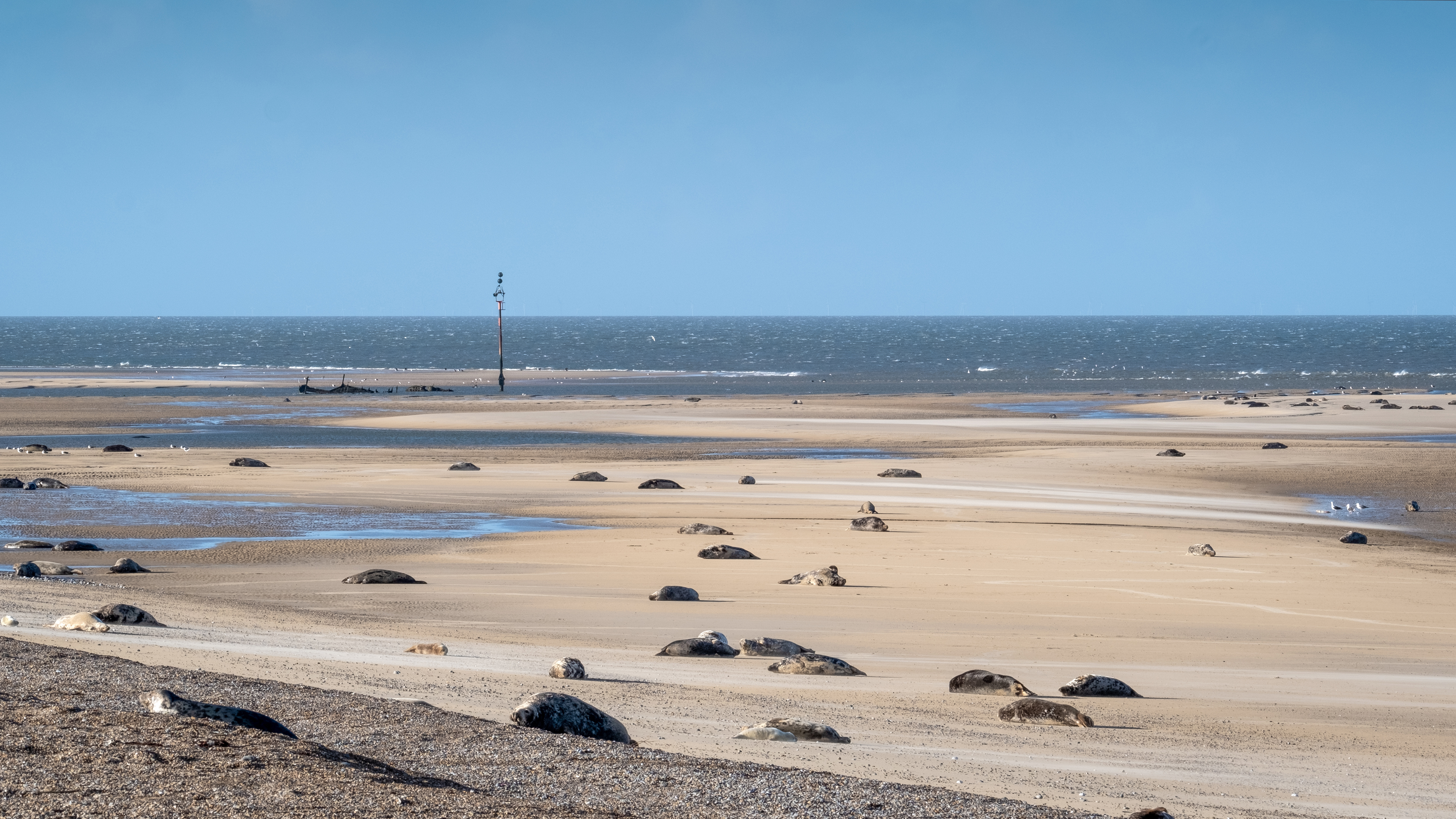 Until now, the pups were counted individually by rangers and volunteers, who carefully walked through the colony. From this year, the numbers of newborns and weaned pups – which will have moulted their white fur but will still be much smaller than the adults – will be recorded in just one specific area.

The change in the number of pups recorded in this one area year on year will give an indication of what is happening across the whole colony – for example whether or not the colony is still increasing in size and if so, how quickly.  This new approach will also give staff the opportunity to look at the seals’ behaviour in much more detail.

“Counting the colony only provides a fairly basic overview of the seal colony,” said Chris Bielby, Countryside Manager for the National Trust on the North Norfolk Coast, “so we are going to work with the SMRU to do more in-depth research to better-understand why Blakeney has become such an important habitat, and to look at their behaviour to get a greater understanding of these curious creatures.” 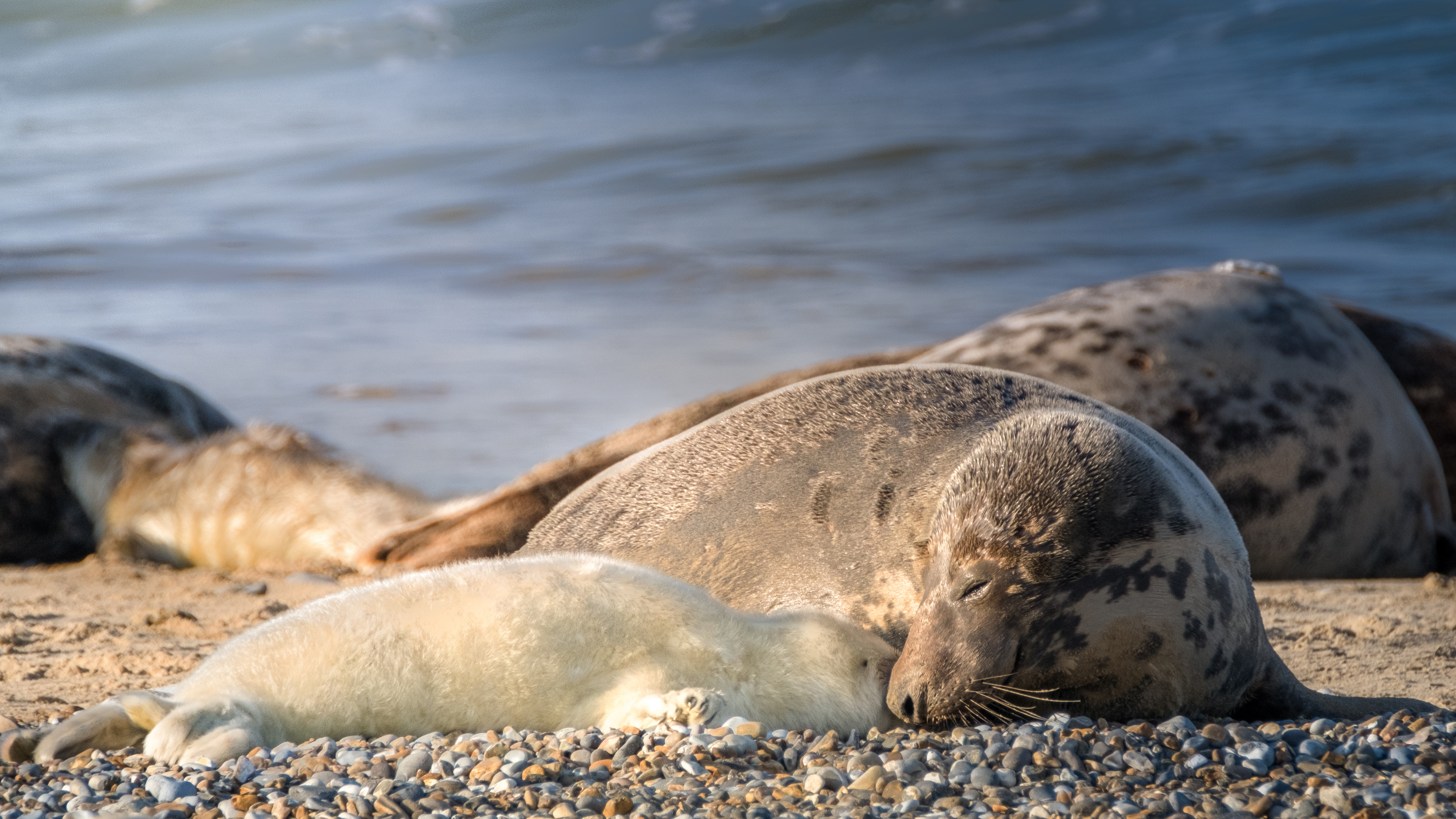 Bielby added: “It will be exciting to get an accurate picture of just how large the colony is and see if by counting just one area we can infer whether or not the colony is increasing in size.”

Photography by Hanne Siebers, courtesy of the National Trust.