There is growing concern among scientists that the unusual mortality event (UME, an unexpected phenomenon during which a significant number of a marine mammal population dies), that started in January 2019, and which so far has resulted in 378 confirmed grey whale deaths, is entering its third year.

Grey whales undertake annual migrations between feeding grounds in the Bering, Chukchi, and Arctic Seas, and breeding grounds from the Southern California Bight to lagoons along the Pacific coast of Baja California, Mexico. Since the beginning of their most recent southbound migration, there have been numerous reports of emaciated grey whales sightings along the migration route. 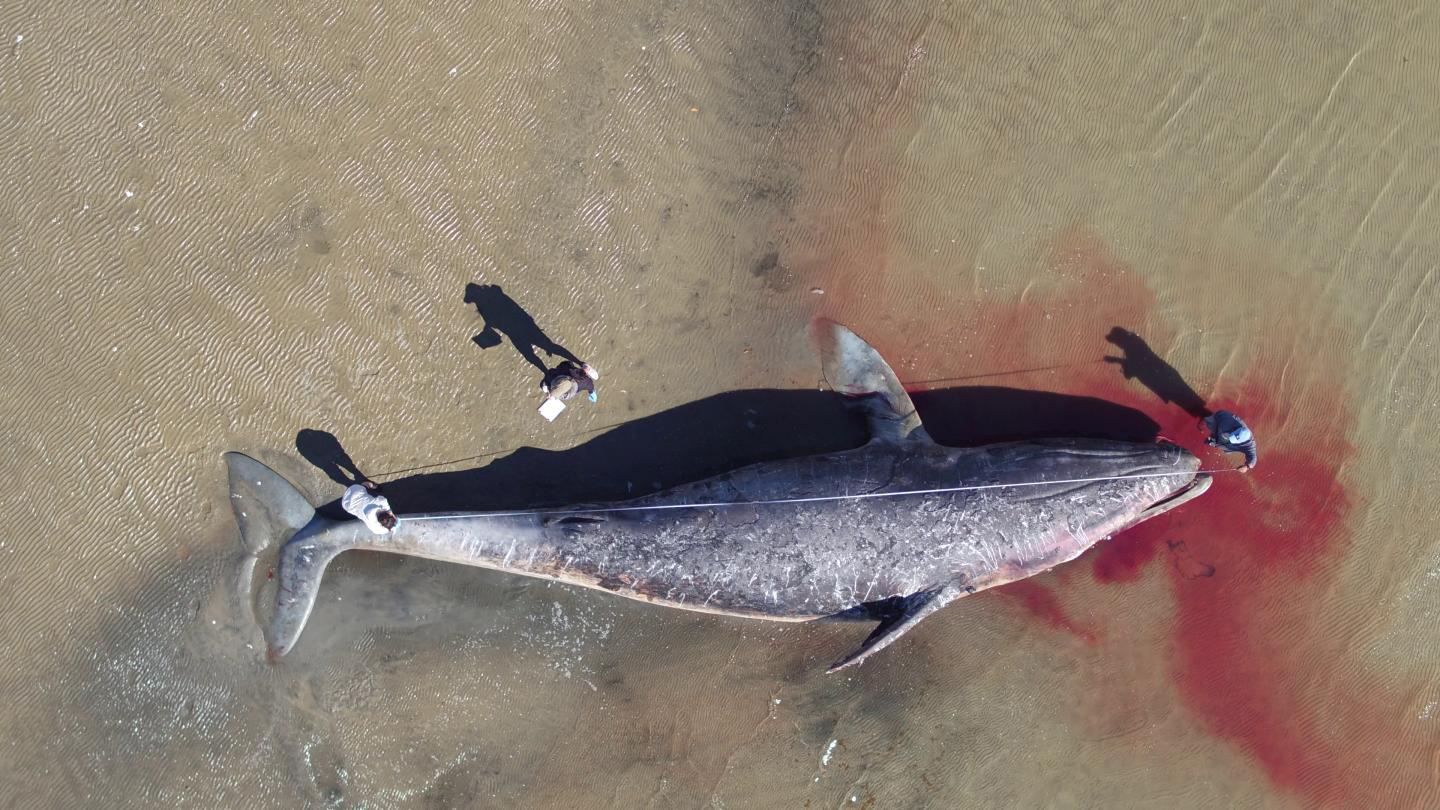 Researchers have said that a decline in prey availability within the core grey whale feeding grounds is a likely explanation for the large number of deaths in recent years. There has been a steady decline of amphipods in the central Chirikov Basin, the main feeding area for grey whales in the Bering Sea since the 1980s, believed to be caused by the warming of Arctic waters as a result of climate change.

Using drone photogrammetry, Dr Fredrik Christiansen from the Aarhus Institute of Advanced Studies, and Professor Lars Bejder from the University of Hawai’i at Manoa, together with the Laguna San Ignacio Ecosystem Science Program (LSIESP), have been assessing the body condition of grey whales since 2017.

A noticeable decline in the body condition of juvenile and adult grey whales visiting Laguna San Ignacio was discovered, which was still present in 2019. The decline in body condition also coincided with a drop in the number of mother-calf pairs sighted in Laguna San Ignacio, which indicated a reduction in the reproductive rate of female grey whales. The fact that grey whales in 2018 and 2019 arrived in their breeding grounds already in significantly poorer body condition, indicates that this decline must have occurred either during the previous feeding season and/or during the southbound migration.

“It appears that a large number of grey whales are leaving their feeding grounds already in a poor nutritional state,” said Dr Fredrik Christiansen, “and by the time they have completed the breeding season in Mexico they have depleted their energy reserves and starve to death.”

While the study by Dr Fredrik Christiansen and colleagues suggests that the decline in survival and reproductive rates of grey whale during the current UME was caused by starvation, the underlying factors that caused this reduction in body condition has not yet been determined. Researchers from LSIESP, which was initiated by Mary Lou Jones, Steven Swartz and Dr Jorge Urban in 2006, are currently preparing for the 2021 field season in Laguna San Ignacio to find more answers.

For information regarding co-authors and to read the full study, “Poor body condition associated with an unusual mortality event in grey whales”, click here.