New research led by the Cetacean Strandings Investigation Programme (CSIP), scientists from international conservation charity ZSL (Zoological Society of London) and Brunel University London has found that harbour porpoise calves around the UK are carrying a more neurotoxic cocktail of PCBs than their mothers. Females are detoxifying themselves by transferring the chemicals while feeding their young.

The team used the world’s largest cetacean toxicology dataset, which was generated by the Centre for Environment Fisheries and Aquaculture Science from samples collected by the CSIP from UK stranded cetaceans. A total of 696 harbour porpoises stranded in the UK between 1992 and 2015 were identified for the study. 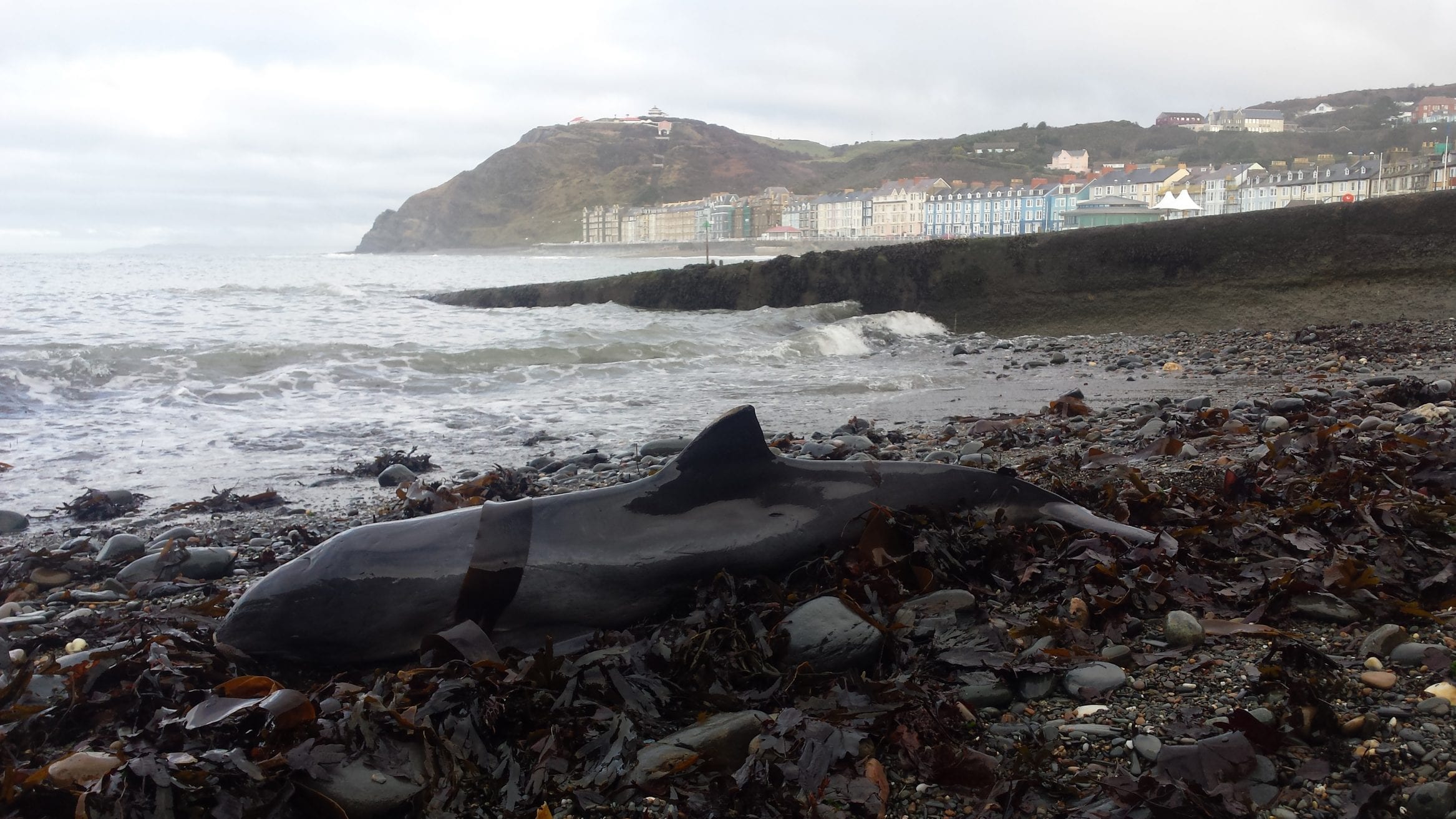 PCBs, or polychlorinated biphenyls, are industrial chemicals that were used for surface coatings, electrical equipment and paints in the 1980s. They were then banned due to the discovery that PCBs could have negative impacts on humans and the environmental. From the 1920s until their ban, approximately 1.5 billion pounds of PCBs were made.

The study shows that the 209 variants of PCBs have varied levels of persistence in marine mammals, with some types of the chemicals proving less toxic and more efficiently metabolised than others throughout an animal’s lifetime. These persistent toxic chemicals continue to enter the marine environment through land run off, dredging and atmospheric transport.

“Our study has highlighted the need to change our approach to monitoring PCBs, to look at the composition of individual chemicals, so that we can get a better understanding of the risk posed by these chemicals to our marine wildlife,” said Rosie Williams, lead author and PhD researcher. “Studying PCB exposure in more abundant species like porpoises, helps us to predict their effects in more vulnerable species already low in numbers; such as our native population of orcas in the UK that are facing extinction because of PCBs, with only eight remaining. As top predators, killer whales are exposed to some of the highest levels of PCBs, because there is an accumulative effect of PCBs as you go up the food chain.” 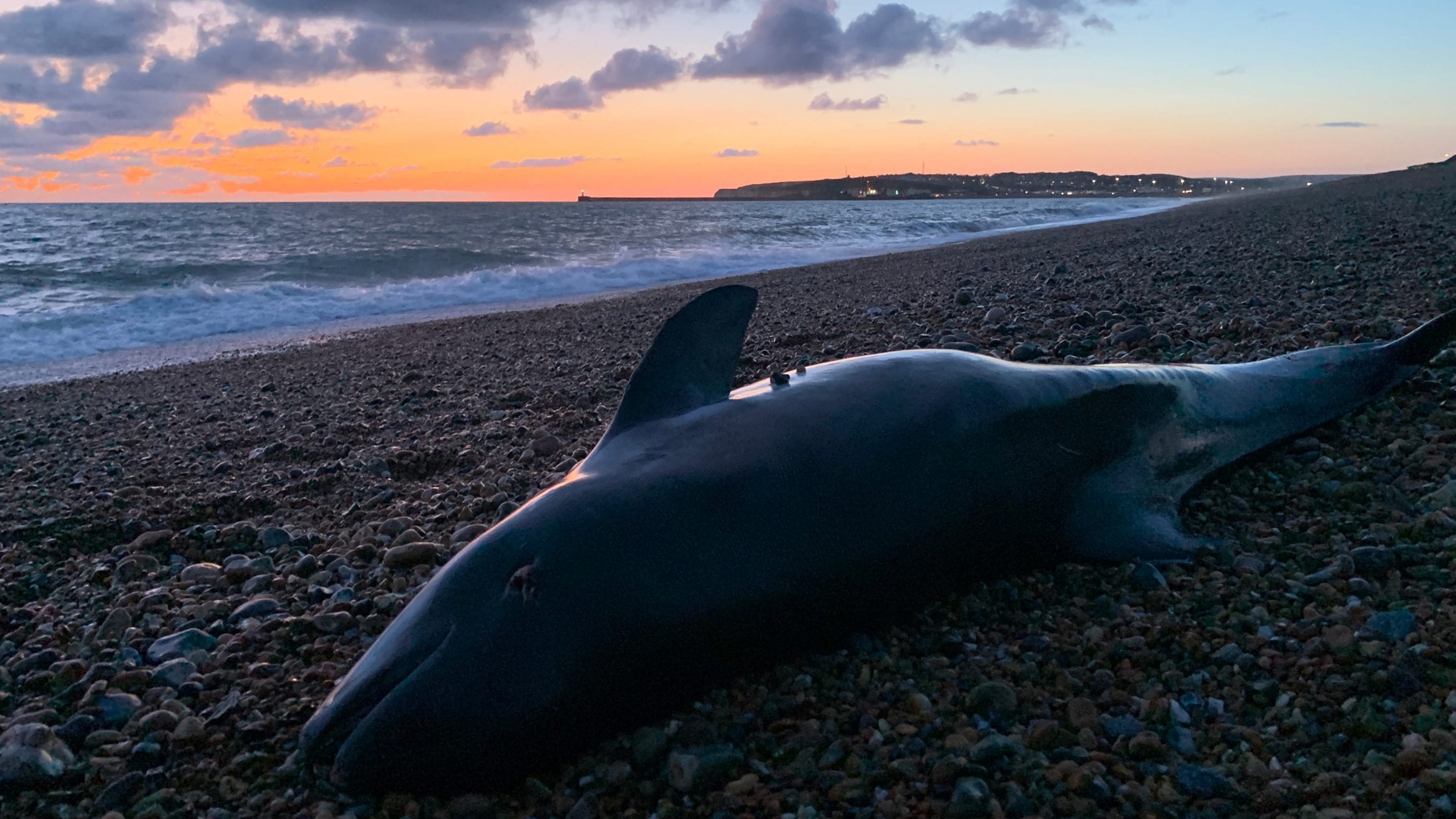 “This research helps further our understanding of these legacy industrial chemical pollutants and the effects that different levels of exposure, in complex mixtures, may have,” said Professor Susan Jobling, co-author at Brunel University London’s, Institute of Environment, Health and Societies. “Learning more about PCB exposure in juvenile animals is vital, so that we can try to mitigate the impact of these dangerous chemicals on populations and help protect the future status of marine mammals in UK waters.”

The highest levels are often found in toothed whales that are high up in the food chain, where they can cause suppression of the immune and reproductive systems and have contributed to population declines of several species in some regions.

“It’s a tragic irony that juvenile porpoises are being exposed to a toxic cocktail of chemicals during feeding – when all they’re supposed to be getting are the vital nutrients they need for the crucial developmental stage of their life,” said Williams. “It’s obvious that marine mammals are still experiencing the lingering impacts of PCBs, so identifying the sources and pathways they’re entering our oceans is a vital next step to preventing further pollution.”

To read the full paper, Juvenile harbour porpoises in the UK are exposed to a more neurotoxic mixture of polychlorinated biphenyls than adults, click here.

Photographs by Kathy James of the Seawatch Foundation and Rob Deaville of the CSIP, courtesy of the ZSL.