Researchers begin to reveal how Humboldt squid communicate in the dark

Researchers from Stanford University and the Monterey Bay Aquarium Research Institute (MBARI) are investigating how Humboldt squid communicate in the pitch black depths of the deep sea.

Their research suggests that the Humboldt squid’s ability to subtly glow – using light-producing organs in their muscles – can create a backlight for shifting pigmentation patterns on their skin. The creatures may be using these changing patterns to signal one another.

“Many squid live in fairly shallow water and don’t have these light-producing organs, so it’s possible this is a key evolutionary innovation for being able to inhabit the open ocean,” said Benjamin Burford, a graduate student in biology in the School of Humanities and Sciences at Stanford and lead author of the paper. “Maybe they need this ability to glow and display these pigmentation patterns to facilitate group behaviours in order to survive out there.”

Humboldt squid behaviour is nearly impossible to study in captivity, so for this research, Bruce Robison of MBARI, captured footage of Humboldt squid, at depths of 266-838m, off the coast of California using remotely operated vehicles (ROVs), or unmanned, robotic submarines. While the ROVs could record the squid’s skin patterning, the lights the cameras required were too bright to record their subtle glow, so the researchers couldn’t test their backlighting hypothesis directly. Instead, they found supporting evidence for it in their anatomical studies of captured squid.

“We sometimes think of squid as crazy lifeforms living in this alien world but we have a lot in common – they live in groups, they’re social, they talk to one another,” Burford said. “Researching their behaviour and that of other residents of the deep sea is important for learning how life may exist in alien environments, but it also tells us more generally about the strategies used in extreme environments on our own planet.”

Using the footage captured by the ROVs, researchers analysed how individual squid behaved while they were feeding and compared it to when they were not. They also made note of how these behaviours changed depending on the number of other squid were nearby.

The footage confirmed that the Humboldt squid’s pigmentation patterns do seem to relate to specific contexts. Some patterns were detailed enough to imply that the squid may be communicating precise messages. There was also evidence that their behaviours could be broken down into distinct units that the squid recombine to form different messages, like letters in the alphabet. However, the researchers emphasise that it is far too early to conclude whether the squid communications constitute a human-like language. 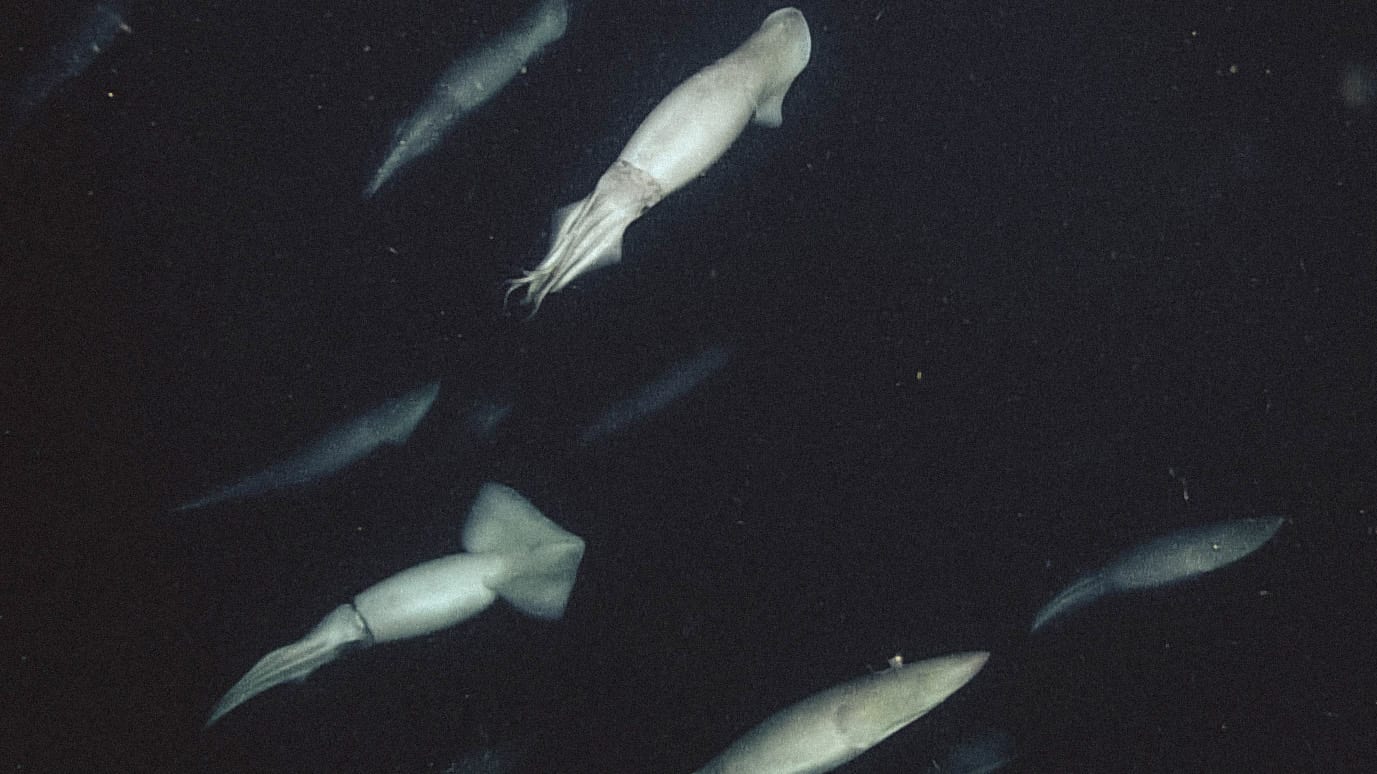 Scientists have observed similar patterns in cuttlefish when two males are trying to intimidate one another. Such antagonistic displays may be particularly important for Humboldt squid because these animals are highly cannibalistic. “If one squid is weak or vulnerable, the others will often attack it,” Burford explained. “When we hook a Humboldt squid on a fishing line and try to reel it in, sometimes the other squids will start to eat it, following it all the way to surface.”

The researchers will continue to conduct further research in the deep sea. Although studying the inhabitants of the deep sea can be a challenge, this research has the potential to inform a new understanding of how life functions.