Already plaguing Caribbean reefs, the first instance of an invasive lionfish in the Mediterranean Sea was documented just eight years ago.

A new study from the University of Plymouth suggests that they are likely to become permanent residents in the region, as they are now well-established and thriving across southern Europe.

The increasing densities that have been observed over time, combined with the species’ generalist diet and consumption of ecologically and socio-economically important fish, could result in further disruption of an already stressed marine environment. 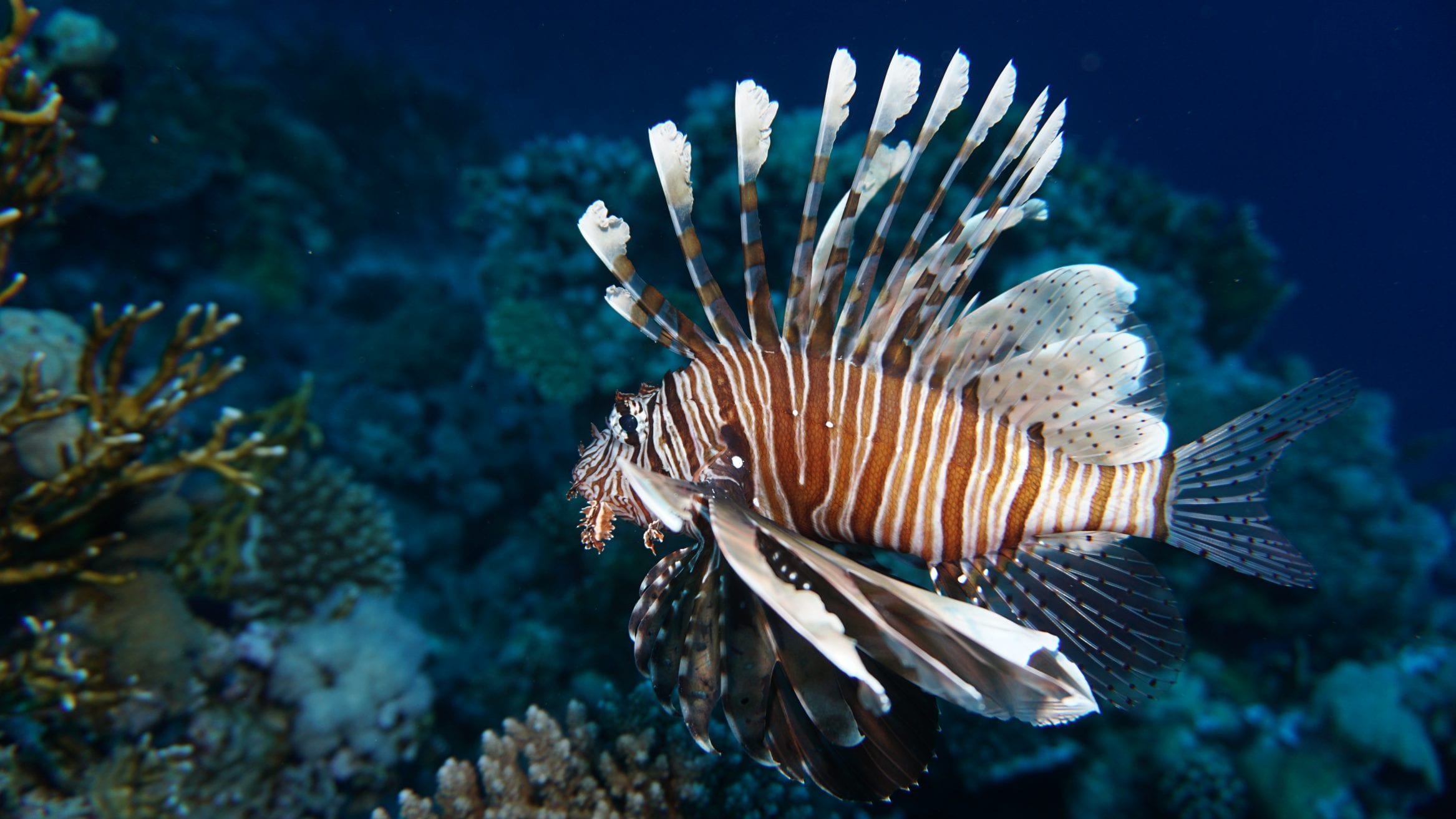 This scale of spread would imply that the lionfish cannot be eradicated, but scientists have suggested that the development of a dedicated lionfish industry could help manage the situation and lessen some of the species’ negative impacts.

“Among the numerous threats to our marine ecosystems, biological pollution is less apparent to the human perception. But in reality, it’s potent enough to disrupt the ecological balance,” said Savva Ioannis, the publication’s lead author and researcher at the Marine and Environmental Research Lab (MER). “Although not all alien species successfully establish in or harm their new environment, some acclimatise relatively easy, exhibit rapid spread and exert catastrophic impacts on local marine communities. That has been the case with lionfish populations in the western Atlantic Ocean and now the story is repeating itself in the Mediterranean Sea.”

Female lionfish were generally greater in proportion than males, which scientists say is alarming since a single male can court several females, hence causing a population boom at a faster rate. Invasive lionfish are spreading rapidly along the island of Cyprus, forming large aggregations and achieving greater body size and faster growth rates than those in the Indian Ocean from where they immigrated.

According to the study, the invasion characteristics resemble those of the western Atlantic Ocean. There, lionfish were first recorded off the coast of Florida in 1994, but by 2014 it was estimated that there were up to 1,000 invasive lionfish per acre. However, the Mediterranean population also differs because they exhibit a single major reproductive peak that coincides with seawater warming over the summer period, while also showing signs of spawning throughout the year.

“The recent rapid spread of lionfish in the Mediterranean is a serious concern for the balance of marine life in the region as this is the most damaging invasive fish species known to science,” said Jason Hall-Spencer, Professor of Marine Biology at the University of Plymouth. “This study really does emphasise the need for biosecurity measures in the Suez canal which is like a cut artery, with marine invasive species pouring through.”

The research was carried out by a team of international scientists from the MER Lab in Cyprus, the University of Cyprus, the University of Plymouth and the Enalia Physis Environmental Research Centre. They are among the collaborators on the EU-funded RELIONMED project, which aims to assess the history of the lionfish invasion in Cyprus, and identify ways to minimise its future impact.

To read the full study, “They are here to stay: the biology and ecology of lionfish (Pterois miles) in the Mediterranean Sea”, click here.