A British Antarctic Survey (BAS) team has unexpectedly discovered the existence of stationary animals (sponges, for example) attached to a boulder on the sea floor beneath the Filchner-Ronne Ice Shelf.

During an exploratory survey, researchers drilled through 900m of ice in the shelf, located on the South Eastern Weddell Sea, and found these creatures surviving in -2.2 °C temperatures, in complete darkness beneath the ice. 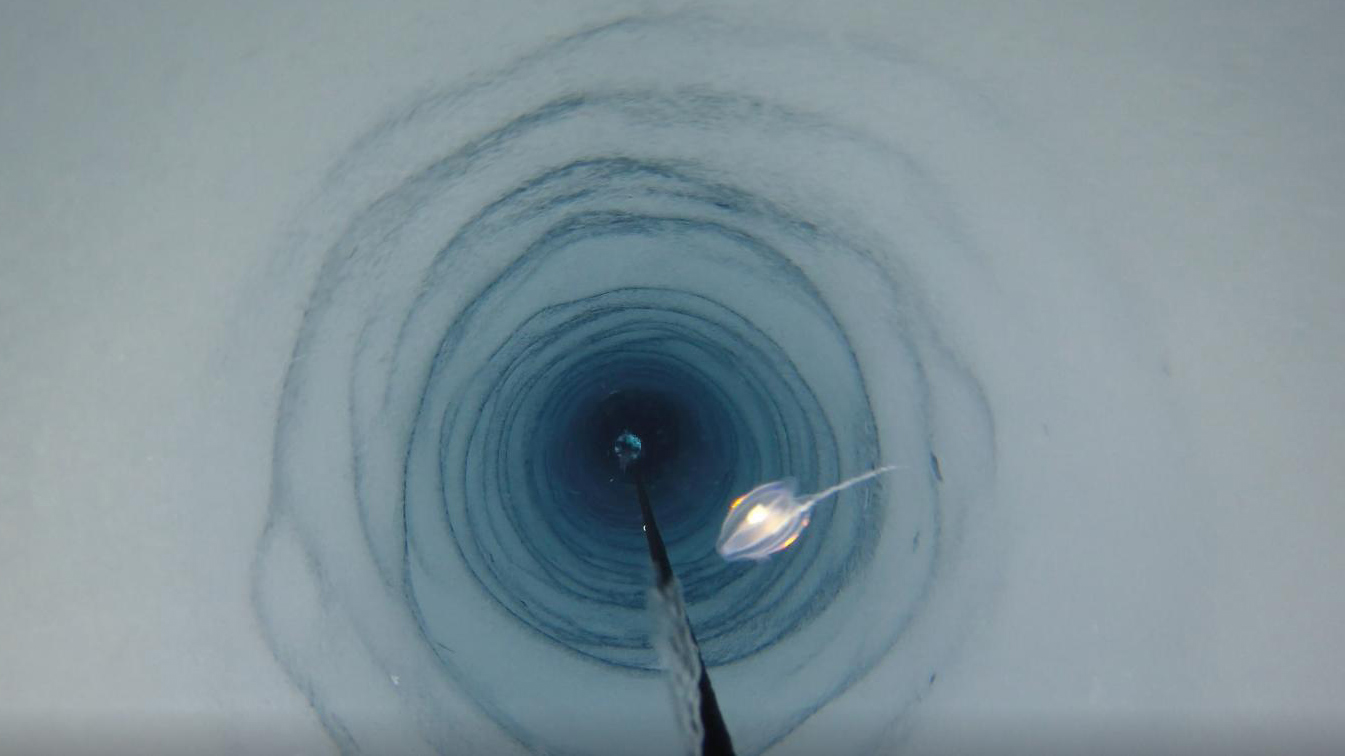 “This discovery is one of those fortunate accidents that pushes ideas in a different direction and shows us that Antarctic marine life is incredibly special and amazingly adapted to a frozen world,” said biogeographer and lead author, Dr Huw Griffiths of BAS. “Our discovery raises so many more questions than it answers, such as how did they get there? What are they eating? How long have they been there? How common are these boulders covered in life? Are these the same species as we see outside the ice shelf or are they new species? And what would happen to these communities if the ice shelf collapsed?”

The team, which was drilling through the ice to collect sediment samples, was shocked to hit  rock rather than mud at the bottom of the ocean below. Video footage then captured shots of a large boulder that was covered in strange creatures. 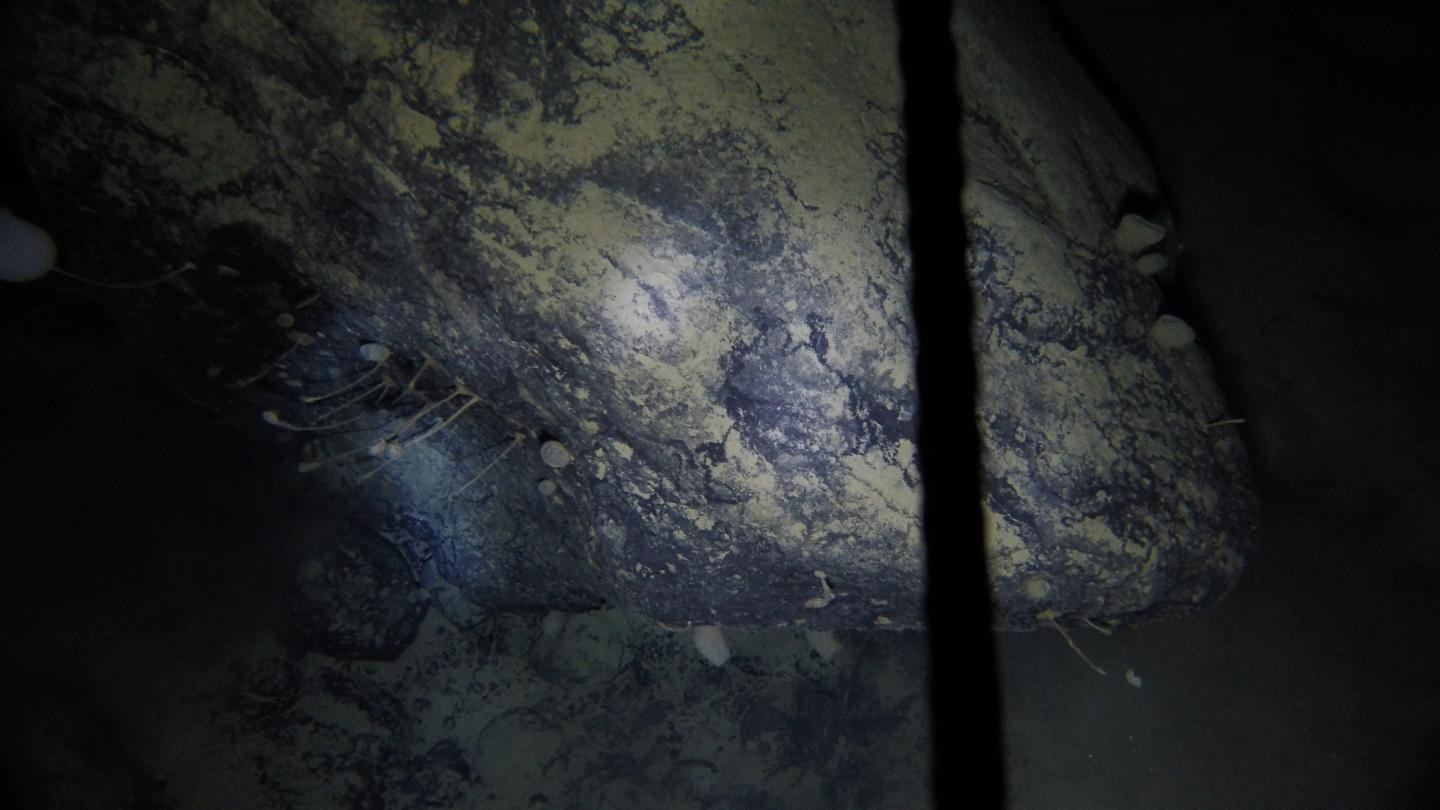 “We were expecting to retrieve a sediment core from under the ice shelf,” said Dr James Smith, a geologist at BAS, “so it came as a bit of a surprise when we hit the boulder and saw from the video footage that there were animals living on it.”

This is the first ever record of a hard substrate (e.g. a boulder) community deep beneath the ice shelves and it appears to go against all previous theories of what types of life could survive there.

Current theories on what life could survive under ice shelves suggest that all life becomes less abundant as you move further away from open water and sunlight. Past studies have found some small mobile scavengers and predators, such as fish, worms, jellyfish or krill, in these habitats. But filter feeding organisms – which depend on a supply of food from above – were expected to be amongst the first to disappear further under the ice.

It has been assumed that filter feeding organisms – which depend on a supply of food from above – would be amongst the first to disappear as you explore further under the ice, moving away from open water and sunlight. Past studies have only ever found found small mobile scavenger and predator organisms, such as fish, worms, jellyfish or krill, in these habitats.

Floating ice shelves cover more that 1.5 million km2 of the Antarctic continental shelf, and represent the greatest unexplored habitat in the Southern Ocean. Only a total area comparable to the size of a tennis court has been studied, via eight prior boreholes.

“To answer our questions we will have to find a way of getting up close with these animals and their environment – and that’s under 900m of ice, 260 km away from the ships where our labs are,” said Dr Griffiths. “This means that as polar scientists we are going to have to find new and innovative ways to study them and answer all the new questions we have.”