In the UK, potting for crabs and lobster is unregulated in the majority of Marine Protected Areas (MPAs). The findings of a four-year field study have suggested that managing the density of crab and lobster pots at an optimum level increases the quality of catch, benefits the marine environment and makes the industry more sustainable in the long term.

Led by the University of Plymouth, the study was conducted in partnership with local fishermen off the coast of southern England. Over a sustained period of time, the researchers exposed sections of the seabed to differing densities of pot fishing and monitored any impacts using a combination of underwater videos and catch analysis. 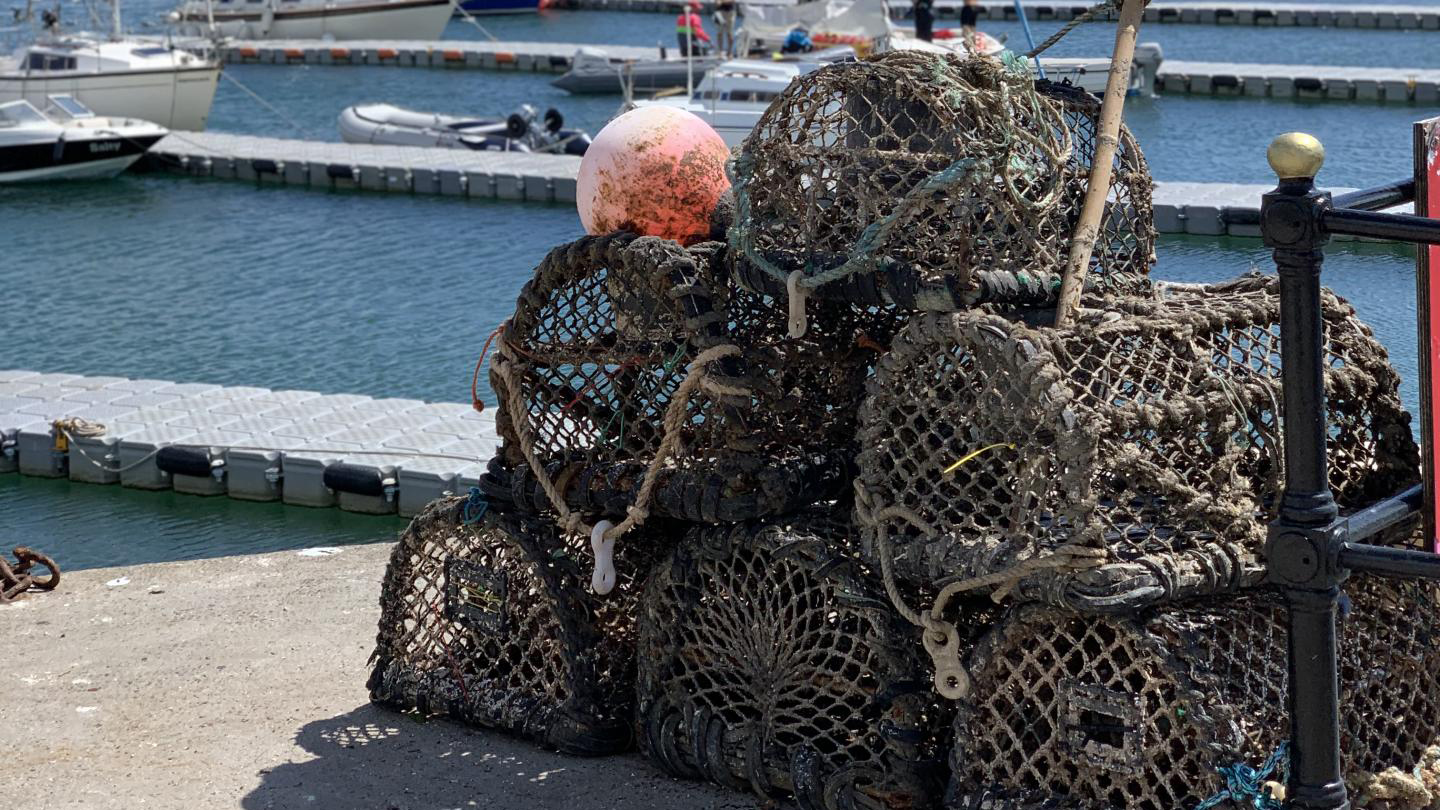 “The effects of bottom-towed fishing have been clearly shown as part of the University’s long-term monitoring project in Lyme Bay,” said Dr Adam Rees, a Post-Doctoral researcher and lead author on the current research. “But before we started this research, very little was known about the precise impacts of pot fishing over a prolonged period. We have shown that – if left unchecked – it can pose threats but that changing ways of working can have benefits for species on the seabed and the quality and quantity of catches.”

The team discovered that in areas of higher pot density, fishermen caught 19% less brown crab and 35% less European lobster, and their catches of brown crab were on average 35 grams lighter per individual (7%). They also found that Ross coral and Neptune’s Heart sea squirt, 83% and 74% less abundant respectively where pot density was higher.

“The fishing industry is currently facing huge uncertainty,” said Martin Attrill, Professor of Marine Ecology and senior author on the research. “And we of course know that every fishing community is different. But with the drive to further enhance marine protection around the UK, some of the lessons we have learned in Lyme Bay could help other fleets make changes that can secure their long-term future.”

The researcher team has said the study provides evidence of a pot fishing intensity ‘threshold’ and highlights that commercial pot fisheries are likely to be compatible with marine conservation when managed correctly at low, sustainable levels. 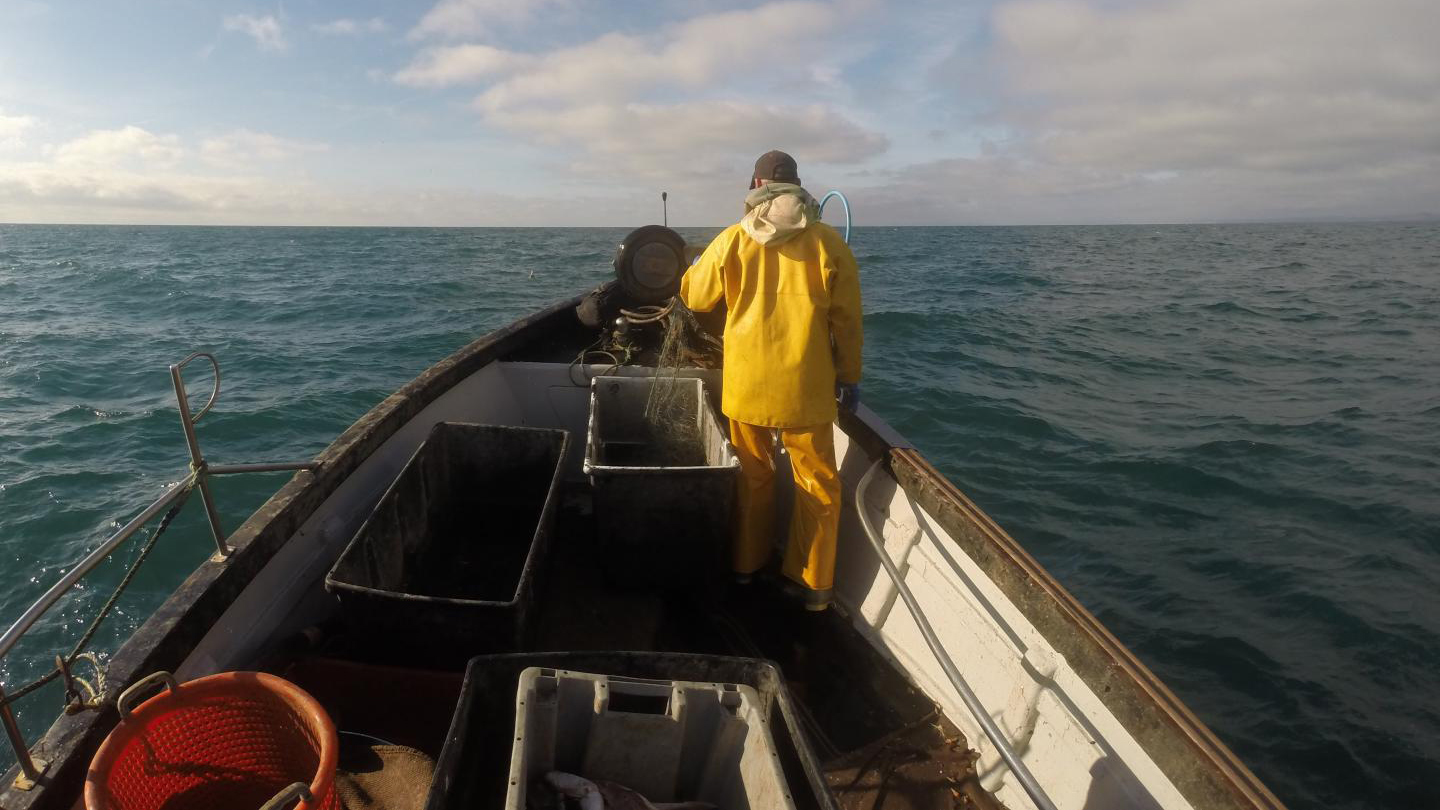 The study focused on the Lyme Bay Reserve, a 206 km² area that has been protected from all bottom-towed fishing since 2008. It is part of the Lyme Bay and Torbay Special Area of Conservation, a 312 km² section of the English Channel that is predominantly fished by small boats operating out of towns and villages.

“Over a decade ago, the fishing community in Lyme Bay realised that changing the way they fish was essential to the sustainability of their industry,” said Dr Emma Sheehan, Associate Professor of Marine Ecology and one of the study’s co-authors. “We have worked closely with them ever since to take their concerns into account and attempt to provide them with solutions. This study is the latest part of our ongoing work to establish the best ways to both preserve their traditions and enhance the environment they work in.”

The University has been assessing the seabed recovery since 2008 and has previously demonstrated that several species have returned to the area since the MPA was introduced. Recommendations from this work have been included within the Government’s 25-year Environment Plan, and a major UK government report into Highly Protected Marine Areas.

The study was carried out by academics from the University’s School of Biological and Marine Sciences, with funding from Defra and the Blue Marine Foundation and working with the Lyme Bay Consultative Committee.