The coastal mangrove forests of Java, which provide natural protection against erosion, are being suffocated by vast swathes of plastic waste. New research from the Royal Netherlands Institute of Sea Research (NIOZ), led by researcher Celine van Bijsterveldt, finds that without better waste management, restoration of this green protection belt is impossible.

Van Bijsterveldt has been monitoring the accumulation of plastic waste in Indonesian mangrove forests for many years, describing them as ‘a perfect plastic trap.’ Household waste, carried from the inland to the coastal area by local rivers, gets stuck in the last stronghold between land and sea. In areas completely covered in plastic, trees suffocate.

“On average, we found 27 plastic items per square metre,” said van Bijsterveldt. “The roots change course when they are obstructed. They grow around the plastic. When half of the forest floor is covered, the tree still gets enough oxygen to keep its leaves. We’ve seen roots stuck inside plastic bags. Trying to find a way out, they just grow in circles. Eventually trees that cannot outgrow the plastic die.”

At several locations along the northern coastline of Java, plastic covered half of the forest floor and was found buried as deep as 35cm inside the sediment. Plastic that has been ensnared in these upper layers further decreases access to oxygen for the mangroves. 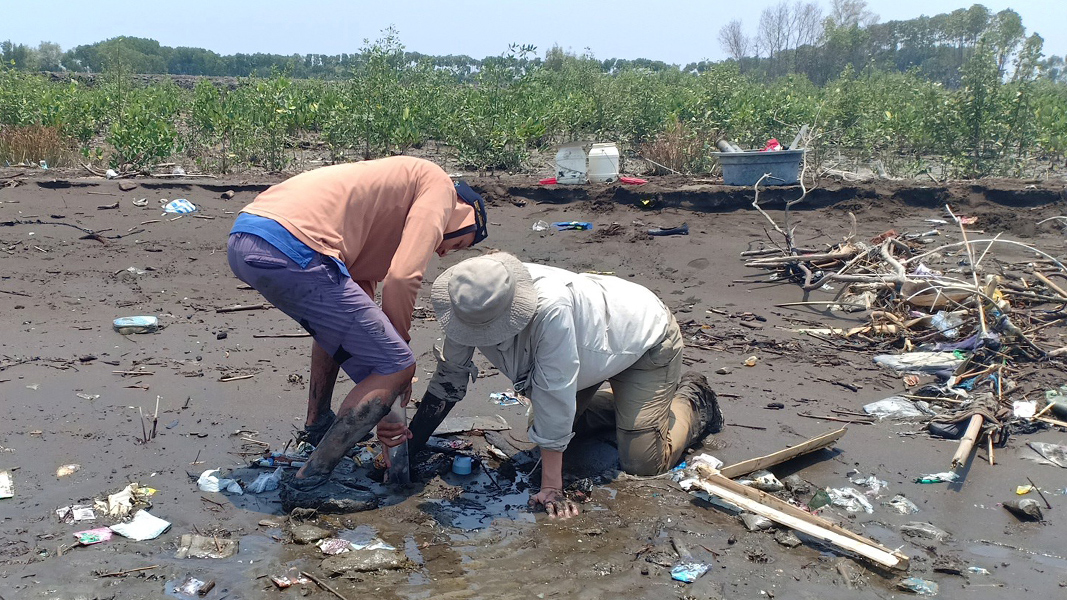 Throughout the years, mangrove forests in these areas have been forced to make way for rice paddies and later aquaculture ponds, businesses that bring in rapid short-term profit but accelerate coastal erosion. Additionally, there aren’t the financial means to build dykes, which would be a high-cost solution requiring a great deal of maintenance.

The Indonesian government is currently investing in mangrove conservation in an attempt to restore a green belt along the coastline. But restoration is slow and existing forests are stressed, with new planting attempts often resulting in failure. “There is so much focus on increasing the initial number of mangrove seedlings, that the challenges posed by plastic waste on the actual survival of young trees is overlooked,” said van Bijsterveldt. 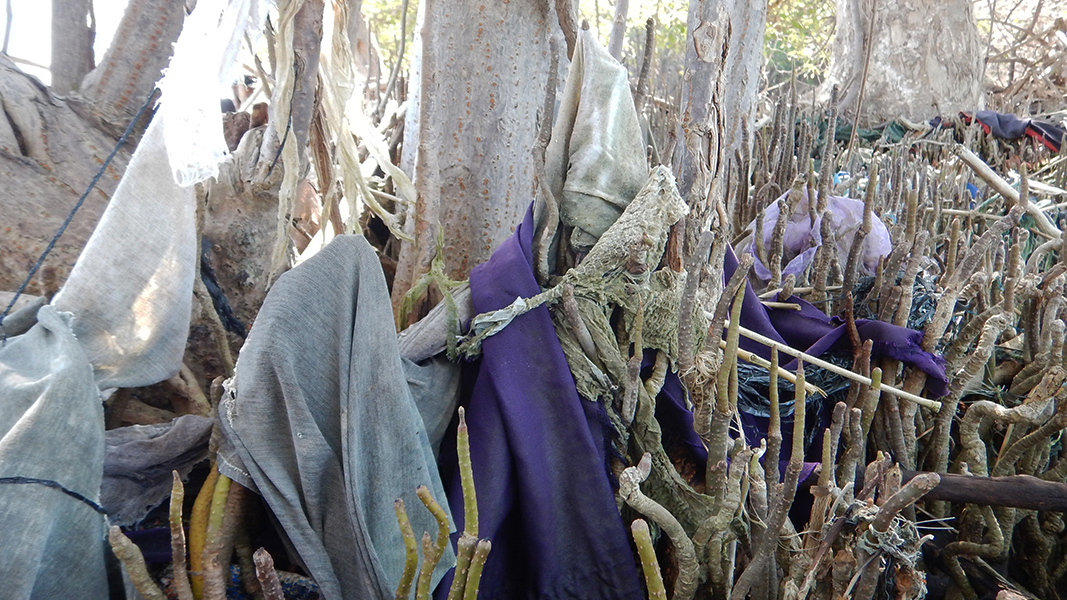 Mangrove forests form a resilient, natural defence for coastal communities, acting as wave breakers and preventing erosion by trapping sediment from the water. Healthy mangroves mean robust fish populations and a more sustainable fishing economy. The tourism industry also benefits from the forests as a result of the growing interest in mangroves, which boosts the local economy.

“Replanting mangroves without tackling the plastic problem is like trying to try to empty the ocean with a thimble,” said van Bijsterveldt. “Successful restoration needs to go hand in hand with sustainable waste management.”

For information regarding co-authors and to read the full study, “Does plastic waste kill mangroves? A field experiment to assess the impact of macro plastics on mangrove growth, stress response and survival”, click here.