Researchers from the Marine Megafauna Foundation (MMF), the University of Western Australia and the Utrecht University have started using acoustic telemetry in a new study to identify critical habitat areas and understand movement patterns of reef manta rays in the waters off Mozambique.

The researchers used the tagging data to identify areas that are most frequently used and to estimate and map the extent of their core habitat and regional range. This information can help with the designation of marine protected areas (MPAs). When comparing this to current protected areas in the province, the team found that three quarters of manta ray habitats remain unprotected. 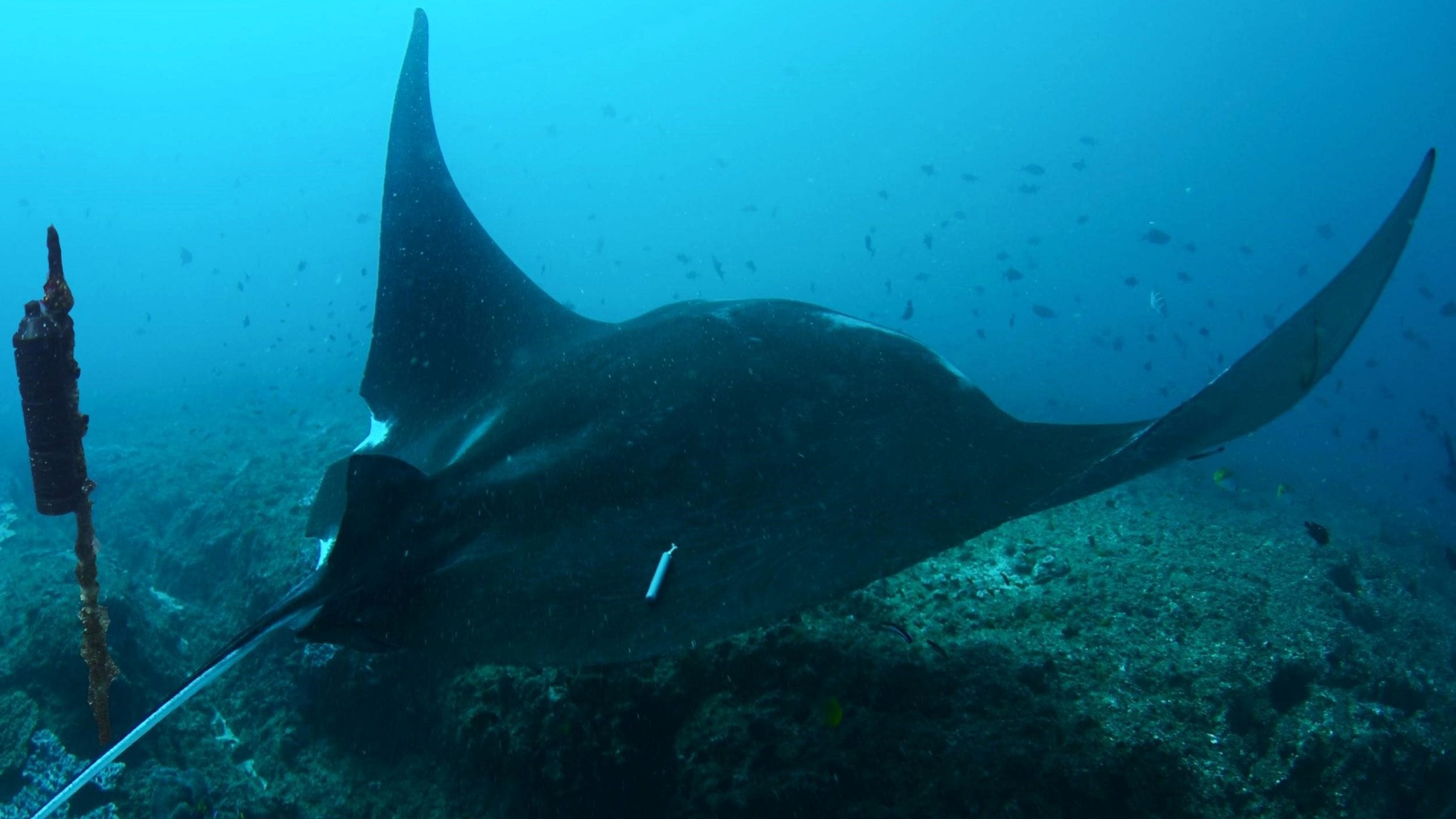 “Long-term photo ID studies have provided excellent preliminary data about the manta rays that visit this coastline, however acoustic telemetry allowed us to continuously monitor multiple individuals for periods of up to two years, providing us with more detailed movement data,” explained lead author Stephanie Venables, a researcher with the Marine Megafauna Foundation and PhD candidate at the University of Western Australia. “Understanding how manta rays use these waters, how far they move and where they spend the majority of their time is vital information for designing effective protection measures.”

The researchers placed underwater acoustic receivers or ‘listening stations’ at 14 sites over a 250km stretch of coastline from the Bazaruto Archipelago through to Tofo Beach and Závora in southern Mozambique. The sites included feeding grounds, cleaning stations and reefs located alongside potential movement paths.

They tracked 42 reef manta rays using these acoustic transmitters between 2010 and 2014. These transmitters, or ‘tags’, each emit a unique acoustic signature, which are detected by the listening stations whenever a tagged animal comes within a few hundred metres.

They found that the manta rays have a discernible routine, and are more likely to visit cleaning stations during the day, with each visit averaging 26 minutes. However, a quarter of the tagged individuals stayed for more than three hours at these reefs, with the longest consecutive visit spanning more than eight hours. They also returned to favoured sites on multiple occasions, in some cases after up to seven months, a behaviour known as ‘site affinity’. The manta rays were almost entirely absent from the monitored reefs at night, with the exception of one site where they have been observed feeding on zooplankton. According to the researchers, the likelihood is that they move to deeper feeding grounds further offshore.

The team of scientists state that restricting the use of indiscriminate fishing gear, such as gill nets, would reduce the risk to manta rays and other species being trapped as they move between sites. Manta rays face both targeting fishing for their gill plates and incidental capture or entanglement in gill nets.

“Offering protection to a mobile species across its entire range is both logistically and financially demanding. Protecting core habitat areas, where the animals spend most of their time, is a good starting point. These typically include feeding and breeding grounds, and in the case of manta rays, cleaning stations,” said Dr Andrea Marshall, co-founder and principal scientist of MMF’s global manta ray program. “We hope this knowledge can be used to develop more effective protection for manta rays in Mozambique, in the areas where they need it most.”

Collecting this data is an important step towards properly protecting reef manta rays, which are listed as ‘vulnerable’ and decreasing on the IUCN Red List of Threatened Species. MMF scientists have been studying the manta rays in this region for over a decade using a range of research techniques including photo identification and aerial surveys. In 2013, they  documented an 88% decline in reef manta ray sightings over a single decade in the Inhambane Province.