According to new research, manta rays are not necessarily completely solitary creatures.

In fact, it appears to be the case that they form social bonds and actively choose social partners. Researchers of the Marine Megafauna Foundation (MMF) have analysed to structure of more than 500 manta groups, which typically form in shallow water feeding and cleaning sites. The study, which was based in Indonesia’s Raja Ampat Marine Park, one of the most biodiverse marine habitats in the world, took more than five years.

The study used social network analysis to show that manta ray communities contain a web of many weak acquaintances, with some stronger, longer-lasting relationships. They found two distinct but connected communities of rays living together. These social communities were quite differently structured, one being made up of mostly mature female rays, and the other a mix of males, females and juveniles. 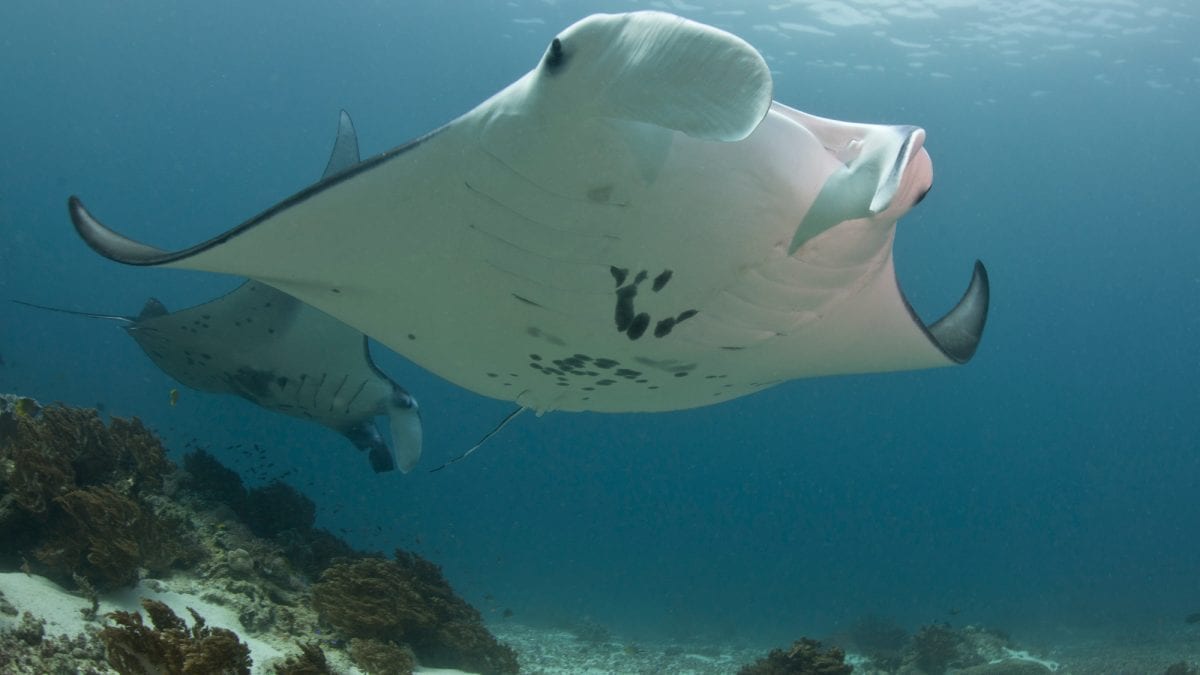 “We still understand very little of how mantas live their lives, but we know they are socially interactive, and these interactions seem important to the structure of their populations. Understanding social relationships can help predict manta ray movements, mating patterns and responses to human impacts. That’s essential for conservation and ecotourism efforts,” said lead author Rob Perryman, a researcher for MMF and PhD student at Macquarie University. “Like dolphins, manta rays are intelligent and perform collective behaviours such as foraging and playing. They are curious, often approaching humans, and individuals appear to have different personalities. It turns out that reef manta rays actively choose to group with preferred social partners.”

The research team took photos of all individuals in each group and then monitored whether there were some seen together more often than expected if interactions were completely random. They found that female mantas tend to make long-term bonds with other females, despite not living in close-knit groups, while males did not have many strong connections. 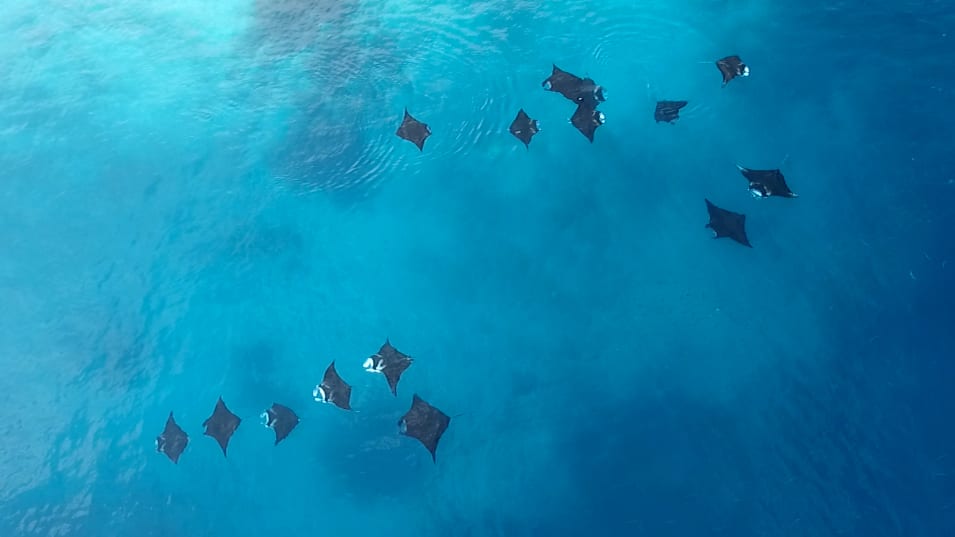 “Knowing how mantas interact is important, particularly in areas where they are susceptible to increasing dive tourism,” said Dr Andrea Marshall, co-founder and principal scientist at the MMF. “The increasing number of boats and scuba divers around reef mantas in Raja Ampat, particularly at cleaning stations, could break apart their social structures and have impacts on their reproduction.”

The team also discovered that location seemed to be highly relevant to the mantas’ social interactions. It was found that certain groups were spotted at cleaning sites, which are frequented by cleaner wrasse and other small fish, meaning the rays might be using them as social meeting points. They concluded that the mantas left and returned to preferred sites where they formed groups through a ‘fission-fusion’ social process.

“Collecting more information about their social relationships and structures will be needed to develop sustainable ecotourism and conservation initiatives that allow mantas to coexist with humans in their natural habitats,” concluded Perryman.

You can read the full study, Social preferences and network structure in a population of reef manta rays, in the journal Behavioural Ecology and Sociobiology.