The Marine Conservation Society (MCS) has updated its Good Fish Guide ratings and has added wild caught sea bass from multiple locations to its red and amber rated lists due to concerns over bycatch and fishing methods.

Dolphins and porpoises are natural predators of sea bass, and the Bay of Biscay provides a key hunting ground. Unfortunately, this means that the cetaceans are vulnerable to being accidentally caught in fishing nets meant for sea bass and often don’t survive the experience. The bycatch problem is so severe that local cetacean populations are rapidly declining and could even disappear from the area entirely.

Thousands of common dolphins are thought to be caught in the Bay of Biscay every year, and scientists fear that local populations will decline locally if steps aren’t taken. According to the MCS, current measures aren’t going far enough to ensure their protection from human activities, and experts have advised that the use of static nets and pelagic pair trawling in the area should be stopped entirely. In July 2020 the European Commission took legal action against France and Spain for not following through, as they are not complying with their legal duties to take action. 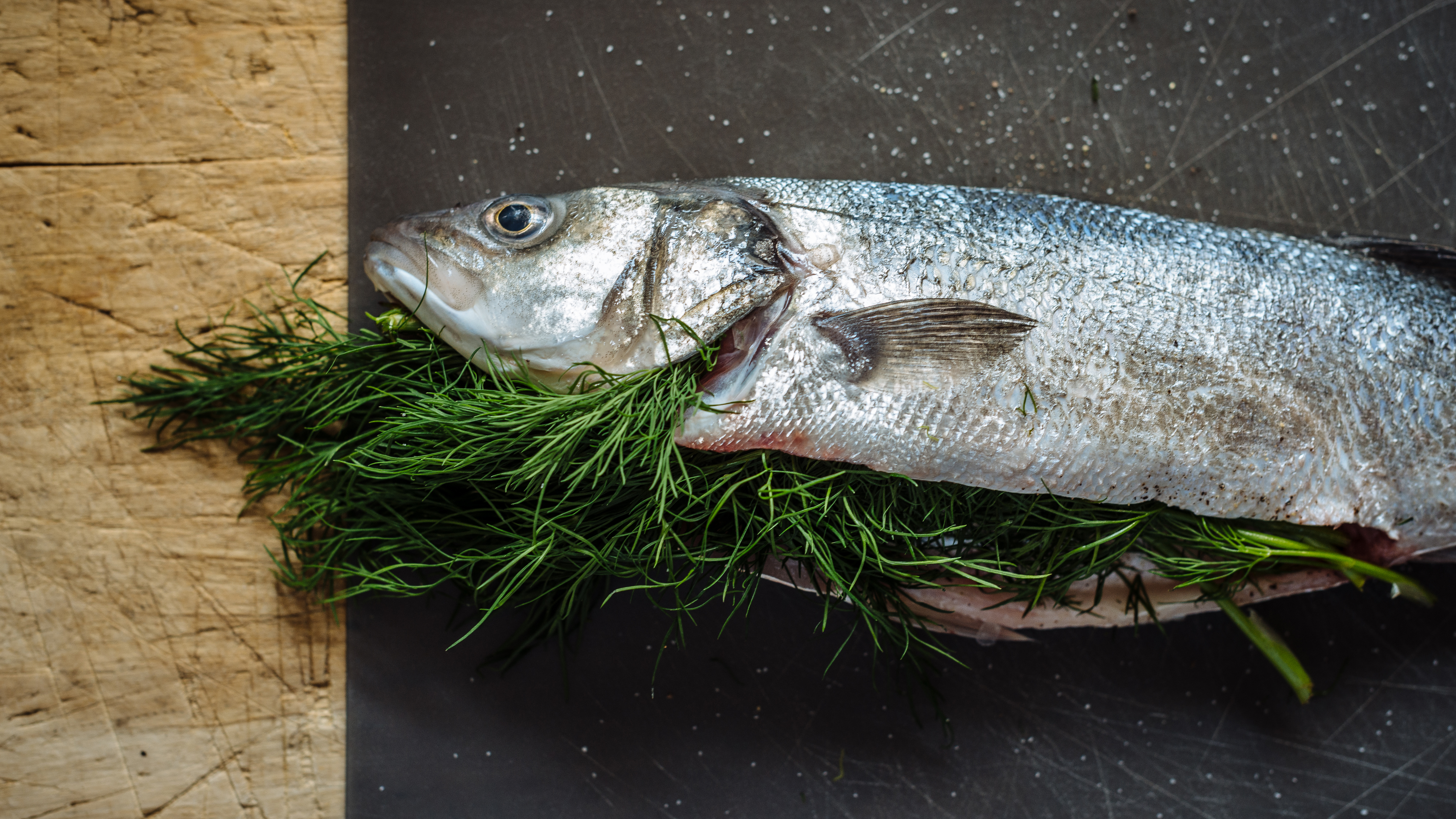 “When you hear the term ‘dolphin friendly’ it’s most likely you think of tins of tuna,” said Charlotte Coombes, Good Fish Guide Manager. “But why do we reserve our interest in dolphin friendly seafood for just tuna? By checking how seafood is caught, and getting familiar with different catch methods, you can ensure that all of your seafood is dolphin friendly, with or without the logo.”

There are two key fishing methods often result in the accidental capture of dolphins and porpoises: static nets and pelagic pair trawling. Static nets are suspended in open water and are almost completely invisible to cetaceans. Animals accidentally swim into the nets and are rapidly entangled. Static nets catch hundreds of harbour porpoises and there is concern that they could go locally extinct if steps aren’t taken to ensure their protection. Pelagic pair trawling, where two boats pull a net through the water between them, uses sonar to target huge shoals of bass but can also catch common dolphins while feeding on sea bass.

While there are many who are strive to minimise the impacts of fishing activity by using light and sound deterrents or by avoiding vulnerable habitats, there are still plenty of fishing methods that cause harm. Bottom trawling, for example, is extremely common throughout UK seas and beyond. Trawls are often dragged over the seabed, often harming marine life and delicate habitats.

Coombes added: “It’s important to consider the wider environmental impacts of the seafood you choose, which is why we encourage consumers to check where and how a species was caught or farmed, and why we outline all of this information in the Good Fish Guide.”

The Good Fish Guide looks at what species are caught or farmed, using which method and where in order to create a traffic light system to illustrate the sustainability of seafood caught or eaten in the UK. Farmed king and queen scallops have been added as green rated in the autumn update. North Sea herring has been changed from the green to amber due to a sharp drop in populations since 2016. Some Dover sole from the eastern English Channel and the Irish Sea move from the amber to green list as population sizes are slowly growing – although sole caught in these areas by beam trawling, stays on the amber list.