The Australian Antarctic Program is currently working with NASA to test an under-ice robot which may eventually be used in a space mission to look for signs of extra-terrestrial life.

The Buoyant Rover for Under-Ice Exploration (BRUIE) has already been tested in the Arctic and Alaska, but this will be it’s first Antarctic trial. If successful, the robot will be considered for the planned 2025 mission to Jupiter’s moon, Europa.

The robot is a metre-long and buoyant rover with two independent wheels to manoeuvre along the under-side of the ice. It has been designed with the ability to roam around taking both scientific data samples and photographs. 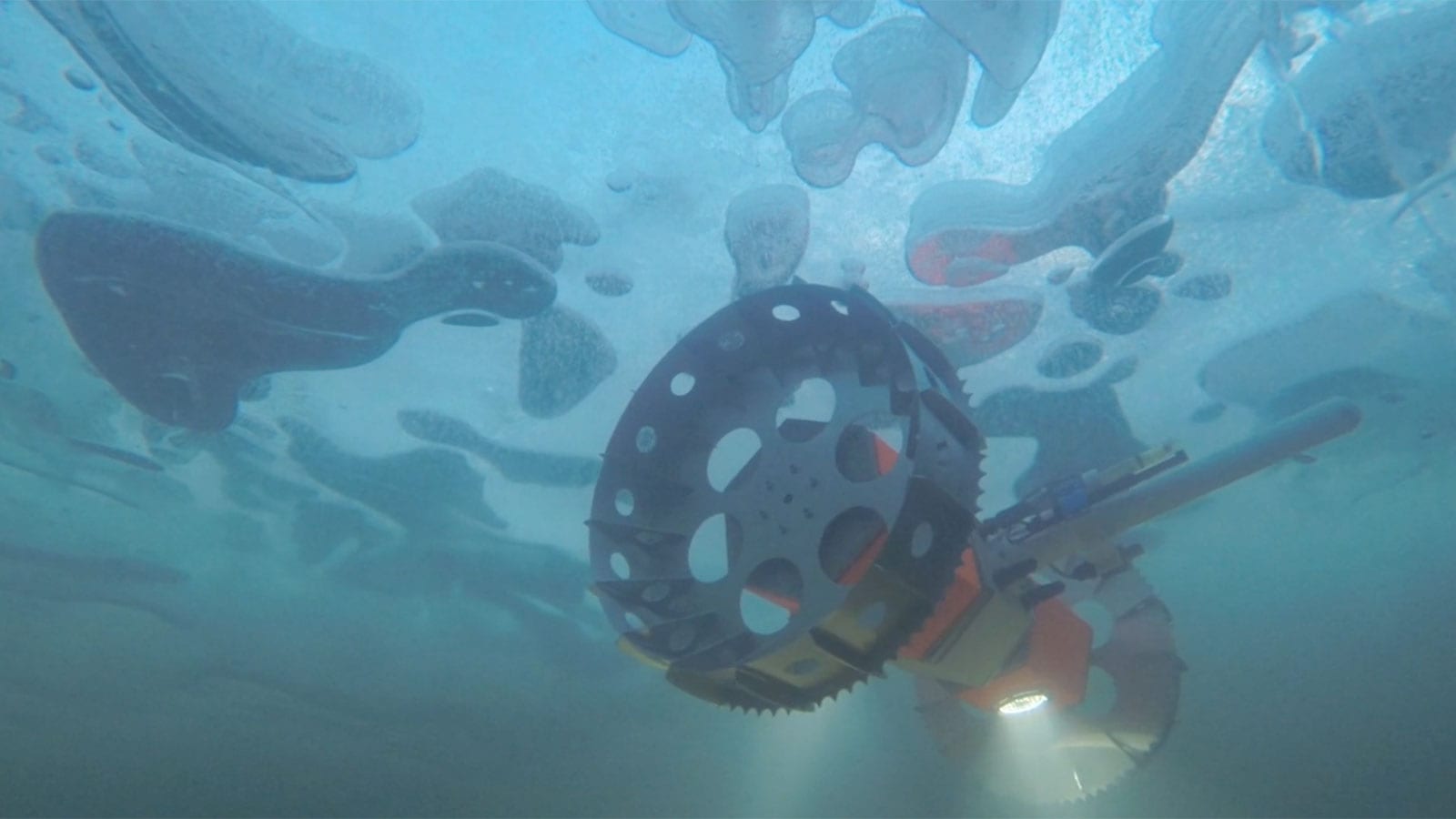 “The rover is unique in that it uses buoyancy to stick to the underside of the ice and move upside-down using wheels, so it can get up close to the ice-water interface for sensitive measurements,” said NASA Jet Propulsion Laboratory engineer Dr Klesh. “The robot can also stay in the one spot for long periods without having to expend energy like a submarine does.”

“NASA’s Galileo mission to Jupiter in the late 1990s investigated the planet’s moons including Europa,” said Dr Hand, a NASA scientist from the Jet Propulsion Laboratory and lead scientist on the BRUIE project. “They found strong evidence there was a salty ocean beneath Europa’s thick icy crust, as well as a rocky sea floor. This salty ocean could hold more than twice as much water as Earth and have all the right ingredients to support simple life organisms.”

He added that Europa is one of the most likely places to find alien life within our solar system. However, they are yet to solve the difficult challenge of drilling through a 10-20km thick icy crust before the the rover can be deployed into the waters beneath.

In Antarctica, the BRUIE team will spend three weeks at Australia’s Casey research station, testing the robotic systems under the sea ice.

“We will trial the endurance of the rover, particularly how long the batteries can last in extreme field conditions and how it handles a variety of terrain,” Dr Klesh added.

There are moons throughout the solar system though to be covered in deep oceans hidden beneath thick ice. Scientists like Kevin Hand, JPL lead scientist on the BRUIE project, believe that these lunar oceans, such as those on Jupiter’s moon Europa and Saturn’s moon Enceladus, may be the best places to look for life in our solar system.