Two previously unknown species of the elusive six-gilled sawshark have been discovered in the West Indian Ocean by an international team of marine scientists.

The team have highlighted how the discovery of two new sharks shows just how little we still know about life in the ocean and the impact we are having on it. 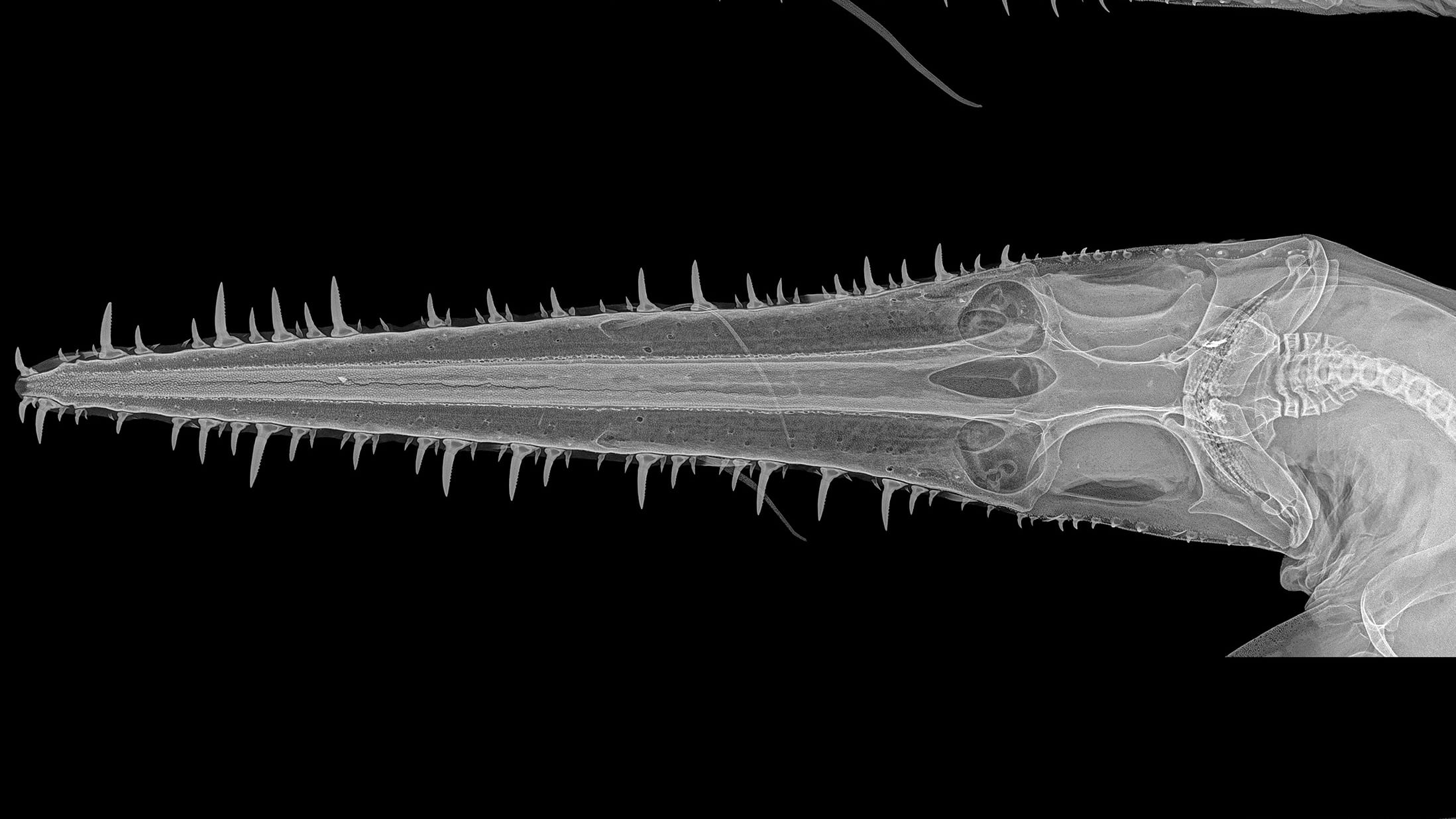 “Last year our team highlighted the massive underreporting of sharks and rays caught in the South West Indian Ocean and the urgent need to expand efforts globally to assess the impact of these fisheries on vulnerable species,” said Dr Andrew Temple, Research Associate at Newcastle University, a co-author on the paper. “The discovery reenforces both how important the western Indian Ocean is in terms of shark and ray biodiversity, but also how much we still don’t know.”

Sawsharks (not to be confused with sawfish) can reach up to approximately 1.5m in length and have a long snout, which is edged with sharp teeth that alternate in size. They also has a distinctive pair of barbels in the middle of their snout – these are whisker-like sensory organs around the shark’s mouth that help the shark detect its prey.

“Knowledge of sawsharks in the western Indian Ocean is generally still scarce, but considering their known depth distributions, both new species are likely affected by fishing operations,” said Lead author Dr Simon Weigmann, based at the Elasmobranch Research Laboratory in Hamburg. “This assumption, combined with the limited range and apparent rarity of both new species, raises concerns that they are vulnerable to overfishing and might be in continuing decline. This could be particularly alarming for Anna’s six-gill sawshark due to its very small known range, rarity and occurrence in shallow waters as the species is only known from depths of 20 to 35m.”

Sawsharks live on a diet of fish, crustaceans and squid, using their serrated snouts to kill prey. Rapid movement of the snout from side to side cuts the prey into pieces that can be swallowed easily.

Residing predominantly in the temperate waters of all three major oceans (with the centre of distribution in the western Pacific Ocean), the sawshark population has declined in recent decades due to commercial fishing.

“This project is also testament to the value of scientists working with local communities,” said Dr Berggren, a co-author on the paper and leader of Newcastle’s Marine MEGAfauna lab. “Without the fishers help we would not have discovered these animals. Their knowledge of their environment is unparalleled and it is our mission to help them preserve the marine animals and ecosystems they rely on to survive.”

Both new species differ from the only previously known six-gill species, Pliotrema warreni, in the position of their barbels: in P. kajae and P. annae, these are situated approximately half way from the tip of the saw – the rostral tip – to the mouth, compared to P. warreni, where they are about two thirds of the way down, much closer to the mouth.

To read the full paper, “Revision of the sixgill sawsharks, genus Pliotrema (Chondrichthyes, Pristiophoriformes), with descriptions of two new species and a redescription of P. warreni Regan”, click here.